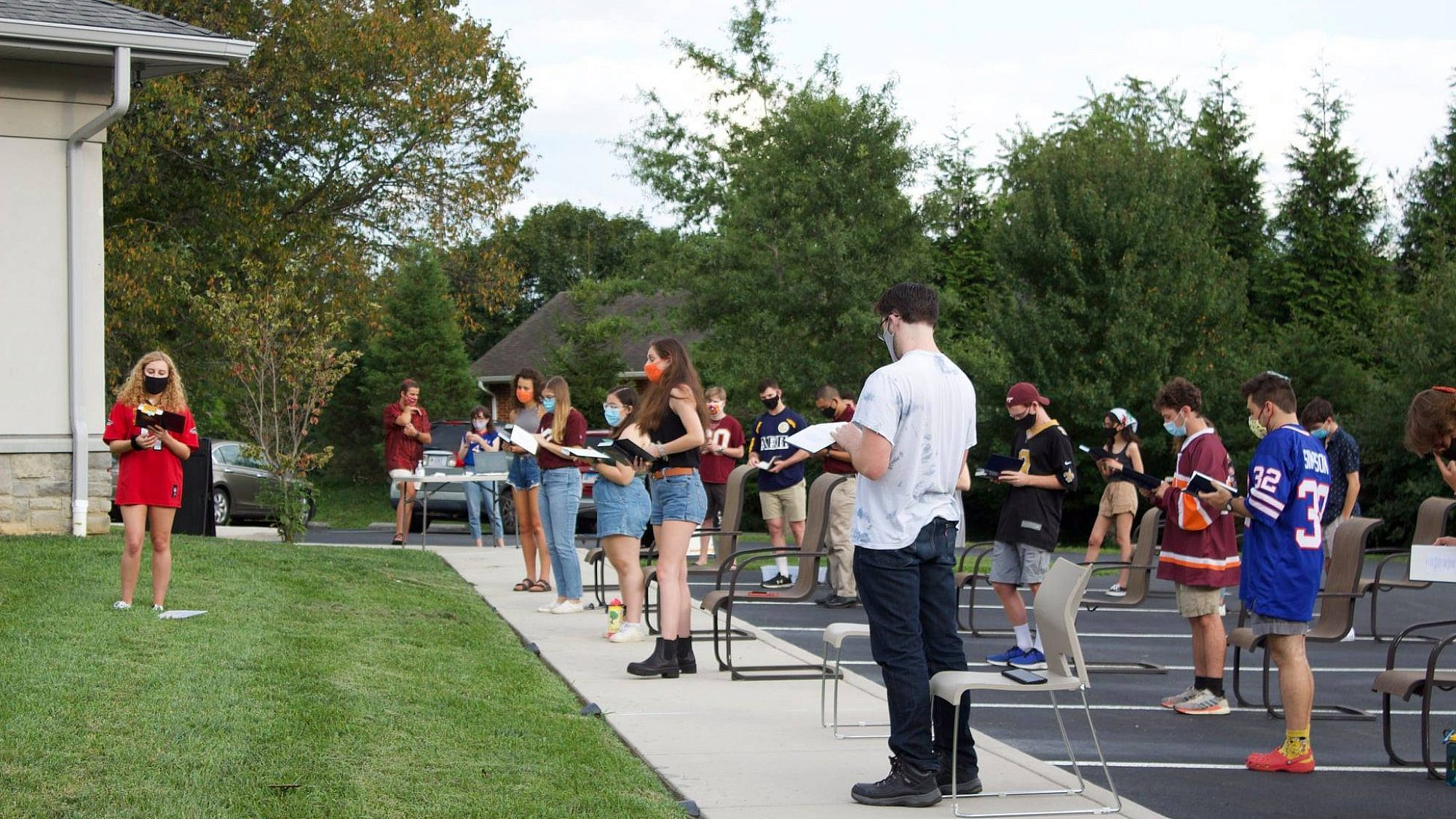 Often synonymous with Jewish life on campus, Hillel has been a gathering point for Jewish students across hundreds of campuses in the United States for decades. While being a “big tent” organization that seeks to accommodate a wide range of Jewish religious beliefs and political affiliations has long posed certain challenges, the coronavirus pandemic over the past year has likely been Hillel’s biggest test in recent memory.

JNS had the opportunity to speak with both the new CEO of Hillel International—Adam Lehman, who took on his role shortly before the pandemic began—and other Hillel leaders across the United States to speak about the obstacles posed by COVID-19, as well as others such as the increasing frequency of anti-Semitic attacks on Jewish students at campuses in North America. In all, the pandemic has forced Hillel to rethink its programming and the services it offers both to adapt to the new reality of remote learning and to provide for the well-being, both physically and mentally, of the young adults it serves.

“We have really used the challenges of the pandemic, which were many, to reinvent our work and to rethink what it means to be there for students,” Lehman told JNS.

The Hillel leader said that in particular, they were not able to host their usual events such as Shabbat dinners, holiday programs and other events or classes at Hillel houses, which led to an enormous amount of isolation for students.

“Other challenges for students have included the loss of opportunity for leadership development and for professional development such as research and summer internships.”

In response to this, Lehman said that Hillel launched a series of programs in the digital sphere, as well as small-group and one-on-one programs, such as over the recent winter break, for students. 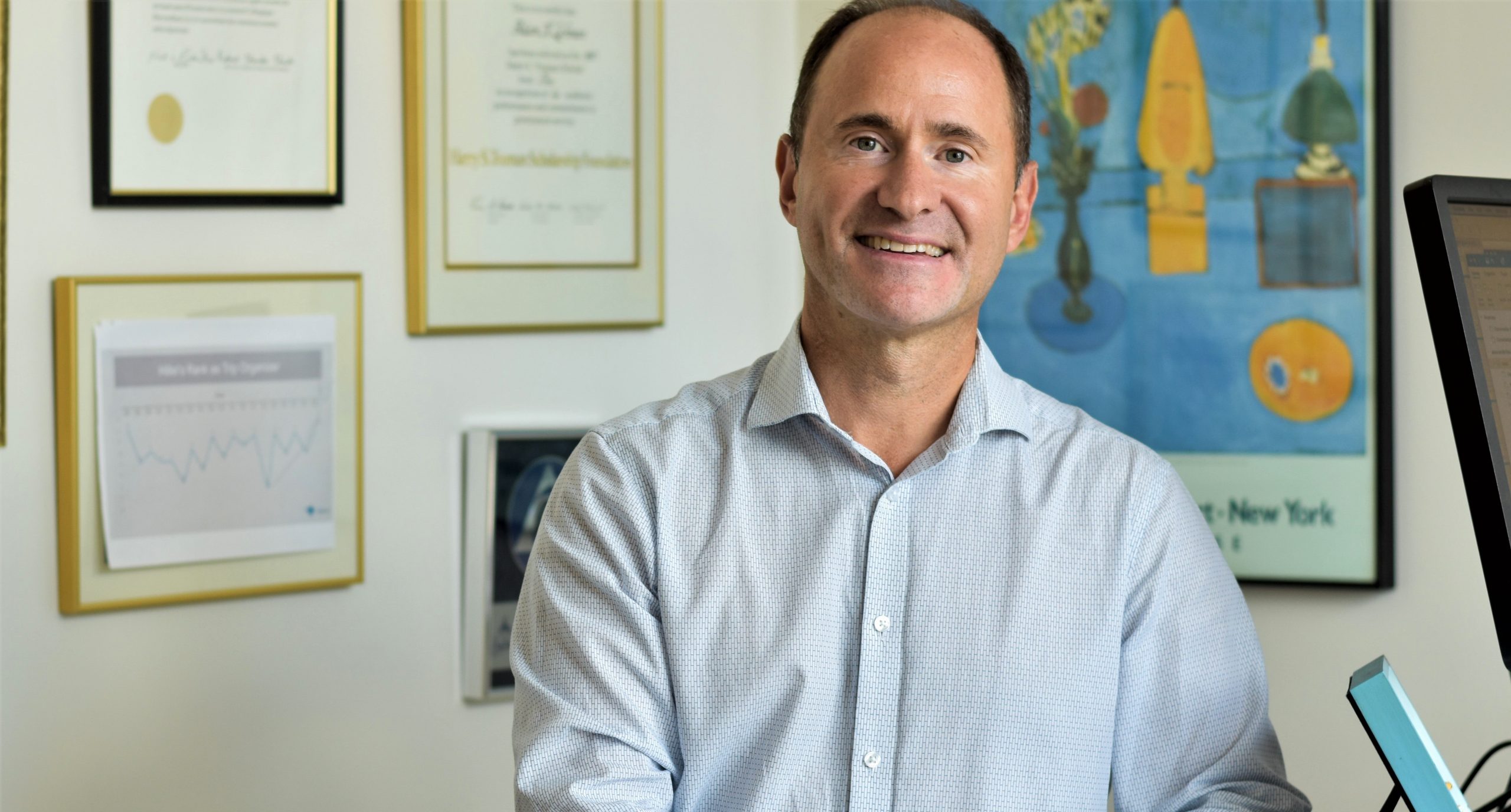 “Specifically, to meet needs while they were on this really long and often disconnected break, we had more than 1,700 students signed up to engage with their Hillel professionals in cohort-based Jewish learning programs called Winterfest,” he said.

‘We became a human-resource, social-service agency’

While Hillel International ran a number of online programs during the previous fall semester and over winter break, for individual Hillel chapters, adapting to remote setups was more acute.

Ilya Bratman, who serves as executive director at the Hillel of Baruch College, told JNS that his Hillel transformed its mission during the pandemic.

“We became a human-resource, social-service agency,” he said. “Before the pandemic, we took care of some of these needs, but that wasn’t our primary focus, which was on Jewish education, identity and advocacy.”

The Hillel at Baruch, which covers several other schools in New York City such as City College, John Jay College of Criminal Justice, Pace University, the School of Visual Arts, Fordham, the Fashion Institute of Technology and the New School, is unique compared to most other Hillels both in the type of students enrolled as well as its diversity.

“We serve mainly commuter-type of schools, and so the demographics of our community are much different than most other Hillels in that we have many first-generation American college students,” he explained. “We have students from the former Soviet Union, Syrian Jewish community, Persian Jewish community, and many Israelis and Sephardim.” 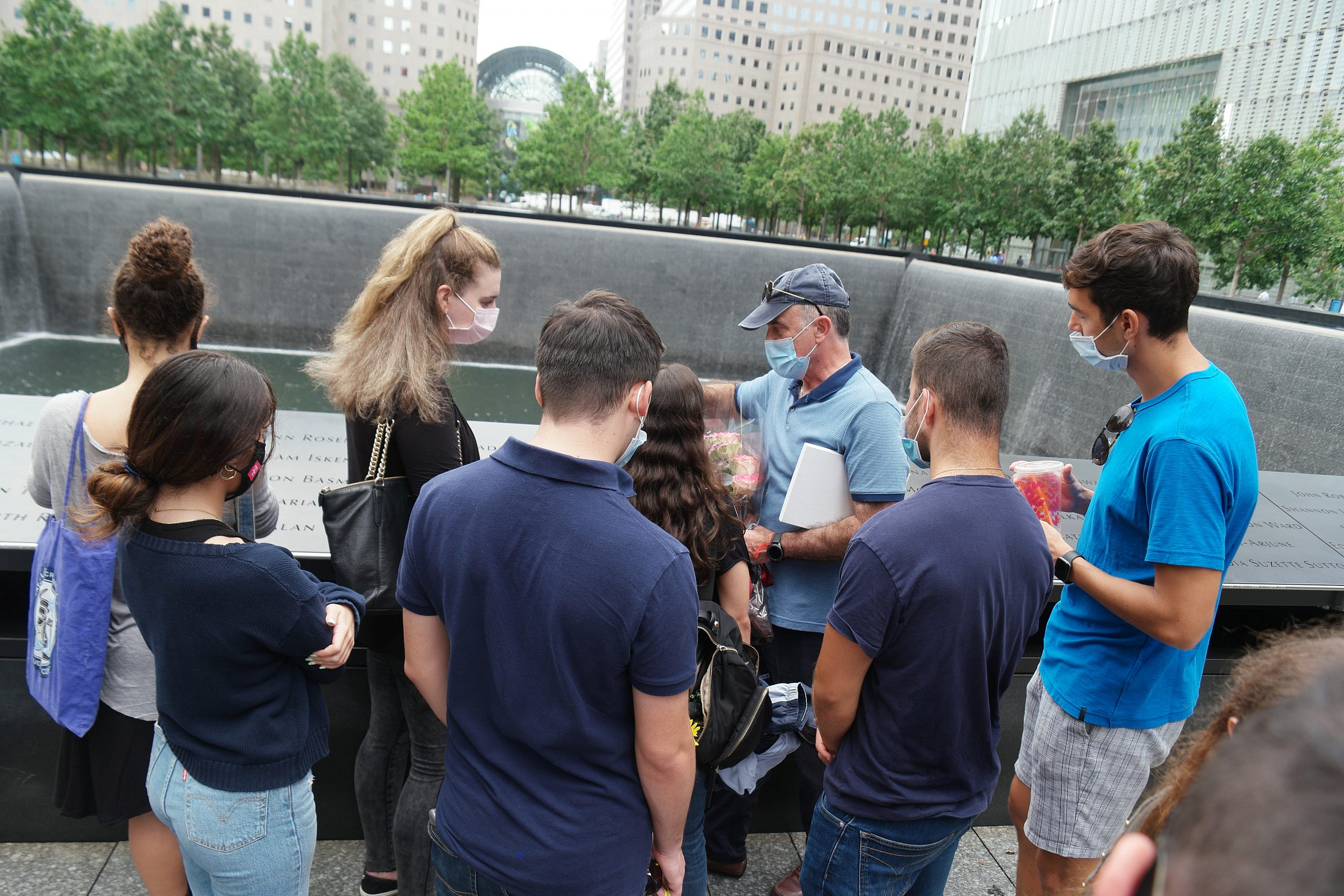 “That demographic difference has allowed us to have incredible diversity. These folks need a different approach, and we are able to do that,” continued Bratman. “During corona, mental health has been a big issue for all of us. Students are dealing with anxiety and uncertainty during the pandemic. We were worried that our students wouldn’t reach out due to stigmas on mental health, but we were wrong. Our mental-health counselors have been overwhelmed with demand in mentoring, coaching and counseling students to address their needs.”

Bratman, a veteran of the U.S. military who served in Iraq, said Hillel is providing a wide array of services, including food assistance and helping with PTSD. They have also been assisting students from immigrant families who don’t have the connections and social networks that others have, particularly when it comes to finding jobs in the competitive New York City market.

“Our students struggle to find the first step to success,” he said. 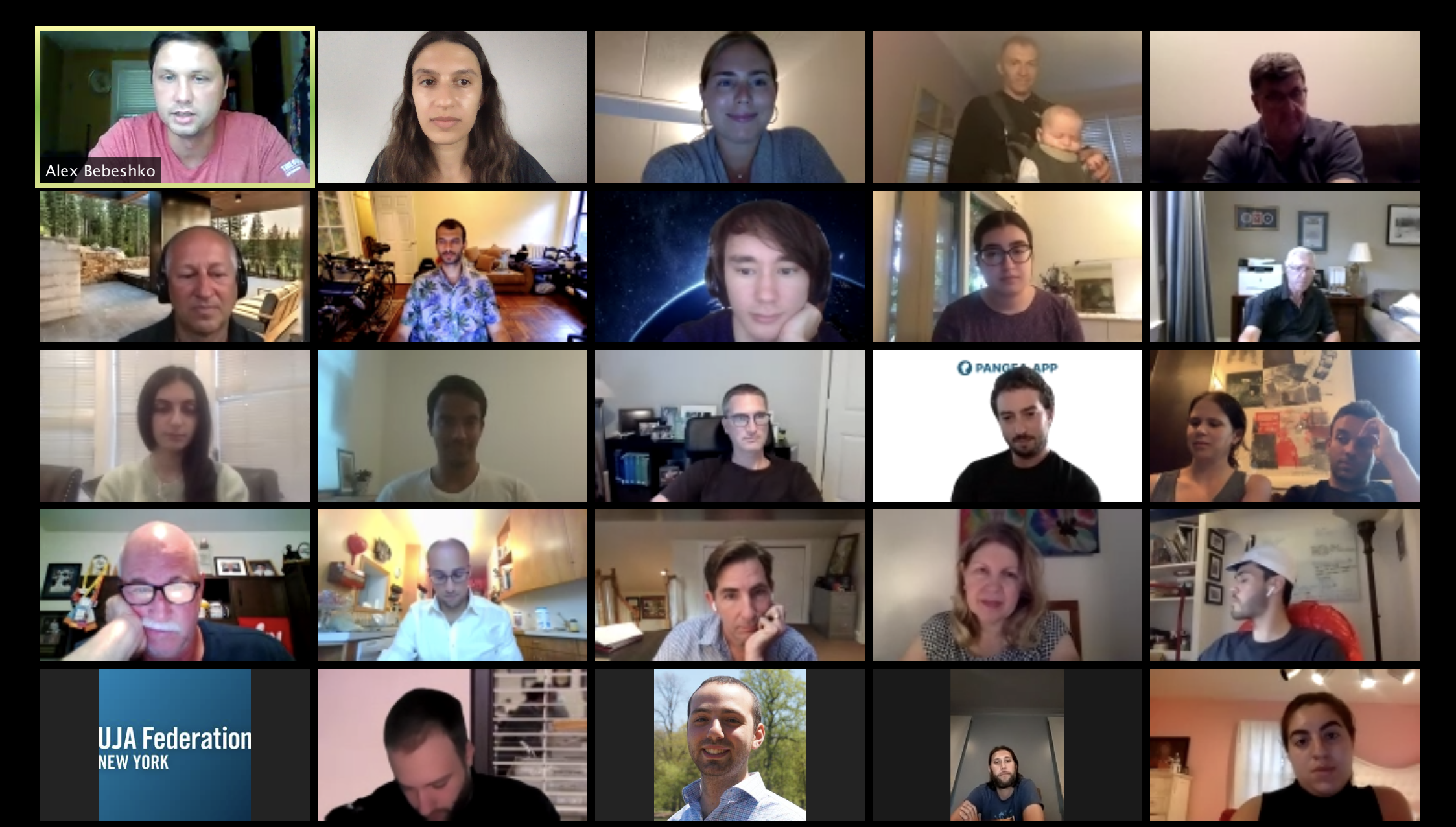 Across the country in Texas, the Hillel at the University of Texas in Austin has also struggled to help students cope with isolation, loneliness and mental-health concerns.

“Last spring, our students left for spring break and stayed home. Throughout the current academic year, most classes were online or hybrid. However, what we saw significant number came back to campus to live here,” Maiya Edelson, executive director of Texas Hillel, told JNS.

Edelson said last summer, they sent out a survey to students to ask about their concerns and needs. She said chief among them were isolation and loneliness, as well as student fears of getting sick and spreading the virus.

“We assembled a task force of students and staff,” she said. “We sketched out a plan for how we would operate. We are fortunate that we have a large patio space and a socially distance-friendly environment. We offered one-on-one and small group programs and other limited in-person programs.”

She noted that “we have really seen a lot of appreciation from students on that programming. We were able to continue a lot of our existing programs, just modify them. These students really trusted Hillel.” 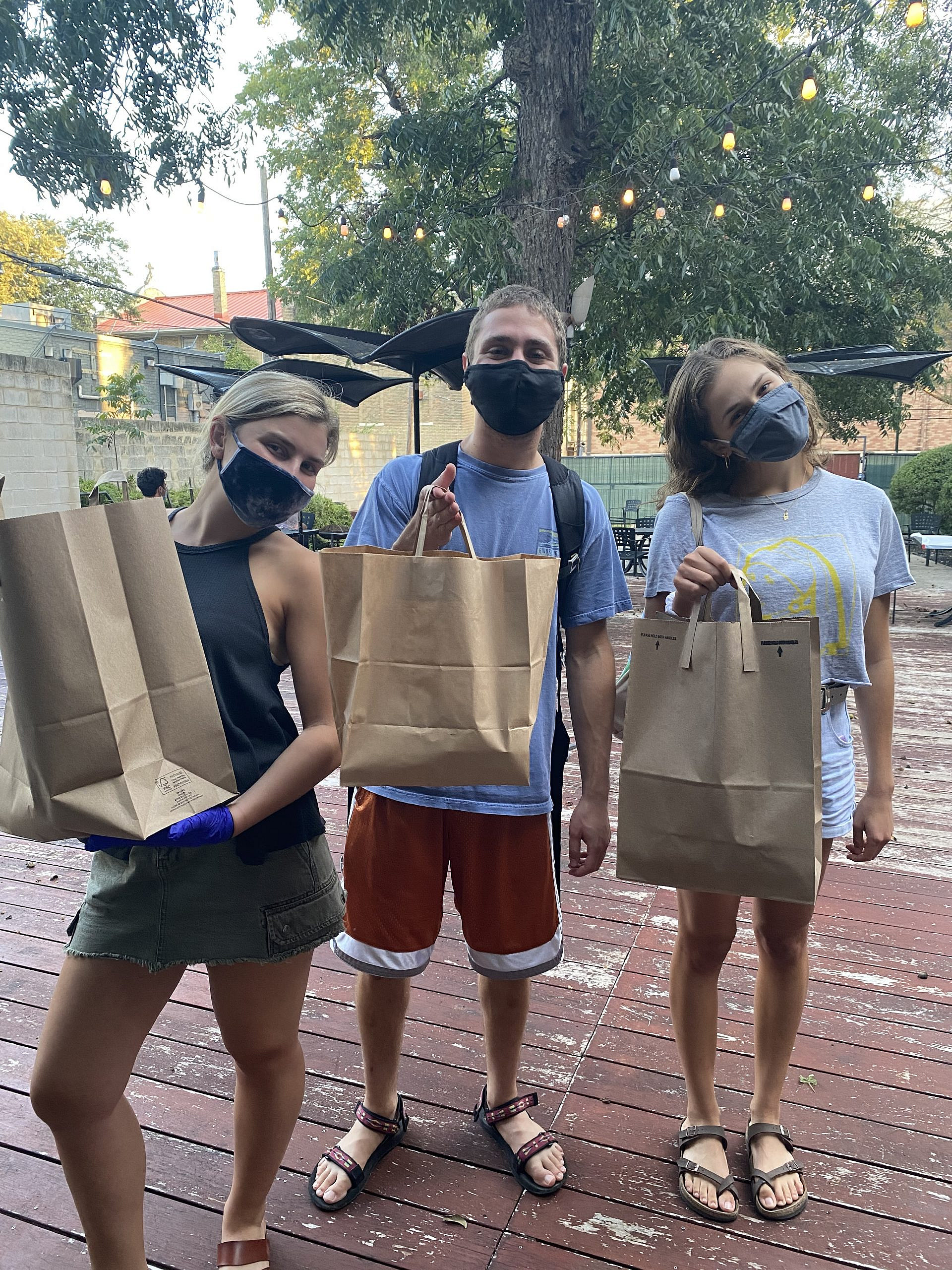 Students participate in “Shabbat-to-Go” meal pickup on the Texas Hillel patio in the fall of 2020. Credit: Courtesy.

While the pandemic has transformed life on campus for Jewish students, anti-Semitism and attacks on pro-Israel students continued as well. The switch to remote learning brought something new for individuals, social groups and organizations of all kinds as instances of “Zoombombing” emerged.

At the same time, universities saw a continued uptick in faculty engaging in anti-Zionist behavior and activity, attempts to link Zionism to racism, and outright anti-Semitic impulses.

“It really is sad and unfortunate that anti-Semitism has actually increased during this period, rather than decreased, but that is the reality we’re facing,” said Lehman.

Indeed, last year Hillel said it measured 178 anti-Semitic incidents on North American campuses it serves, which was an all-time high, even though some campuses were closed due to the pandemic.

“We took a very active and aggressive role in intervening when anti-Semitism and other anti-Israel activities have arisen on campus this has been true at more than a dozen campuses across North America and during this past year,” said Lehman.

Lehman noted that they have set up a number of programs to help campus professionals and student leaders to address anti-Semitism and anti-Israel hatred on campus.

One of them, he explained, is “an Israel action program that equips Hillel professionals and student leaders with the resources that they need to navigate BDS campaigns and other anti-Israel campaigns, so that we can nip those in the bud when they arise.”

And last summer, Hillel launched the Campus Climate Initiative, which works with university administrators and staff to train them on recognizing and confronting anti-Semitism.

“The administration is in the best position to rein in rogue faculty members who sometimes have taken completely inappropriate positions outside the bounds of their roles when it comes to delegitimizing and demonizing Israel,” he said. 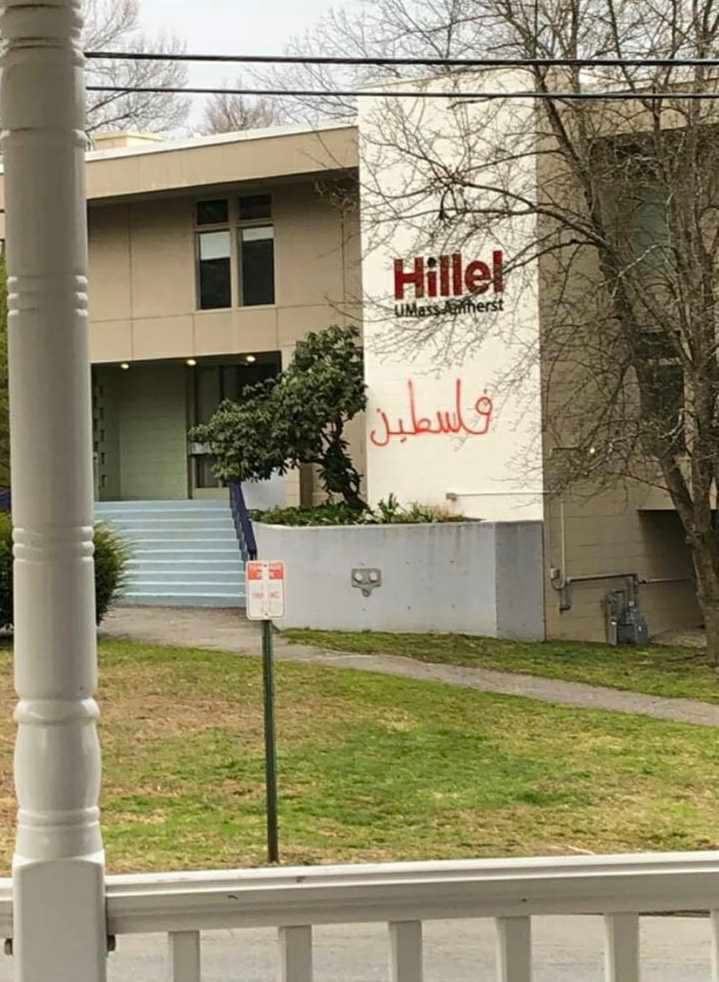 One such challenge has been faculty that has engaged in anti-Israel behavior. This has been especially difficult for students as part of remote learning, where they have a limited means to push back or challenge a professor who may cross the line into anti-Jewish sentiment or attacks on Israel.

Bratman, also a professor at Baruch College, said many young people find it difficult to speak up against professors, who they view as authoritative sources and those in charge of their grades.

“Jewish students have had this problem with some faculty across our schools,” attested Lehman.” Students aren’t able to go after their professors—many students don’t bring issues up or don’t want to fight.”

Lehman said Hillel International has been working on such matters and communicating with university leaders to reign in rogue faculty. “We do anticipate ongoing challenges, whether from faculty administrators or student groups that have consistently attacked Israel, and over the years, we have built up really strong teams and resources for responding.”

At Texas, Edelson said that with remote learning and reduced in-person student programs, anti-Semitism and anti-Israel incidents have been down on her campus.

“We did have a couple of incidents this fall. A Jewish fraternity discovered anti-Semitic graffiti and Hillel had a brick thrown through it. These incidents shake up our students,” she said.

But Edelson also noted that Hillel has been proactive in helping the students deal with anti-Semitic incidents and said she has been pleased with how the campus administration has responded.

‘Programs and opportunities that are meaningful’

Lehman noted that Hillel was proud to be one of a number of major Jewish organizations that have supported the IHRA definition of anti-Semitism, and said it “is an important educational tool to address issues of anti-Semitism as they arise on campus.”

With vaccinations increasing and COVID-19 cases continuing their nationwide decline, many see the end of the pandemic in sight and hope for a return to normal campus life next fall.

Yet in a year with challenges ranging from concerns over physical and mental health to upticks in anti-Semitism, Hillel’s leadership said that while they expect things eventually to return to normal, there have been a number of lessons they believe they will carry forward post-pandemic.

In particular, while the cancellation of large group gatherings such as Israel block parties and large Shabbat dinners did put a damper on things, Edelson said that the smaller meetings allowed them to work more closely with students, especially ones who tended to avoid crowds pre-pandemic.

“The biggest thing we learned this year is what it means to be in a small group and one-on-one conversation to really listen to each other. I hope that doesn’t go away,” she said. 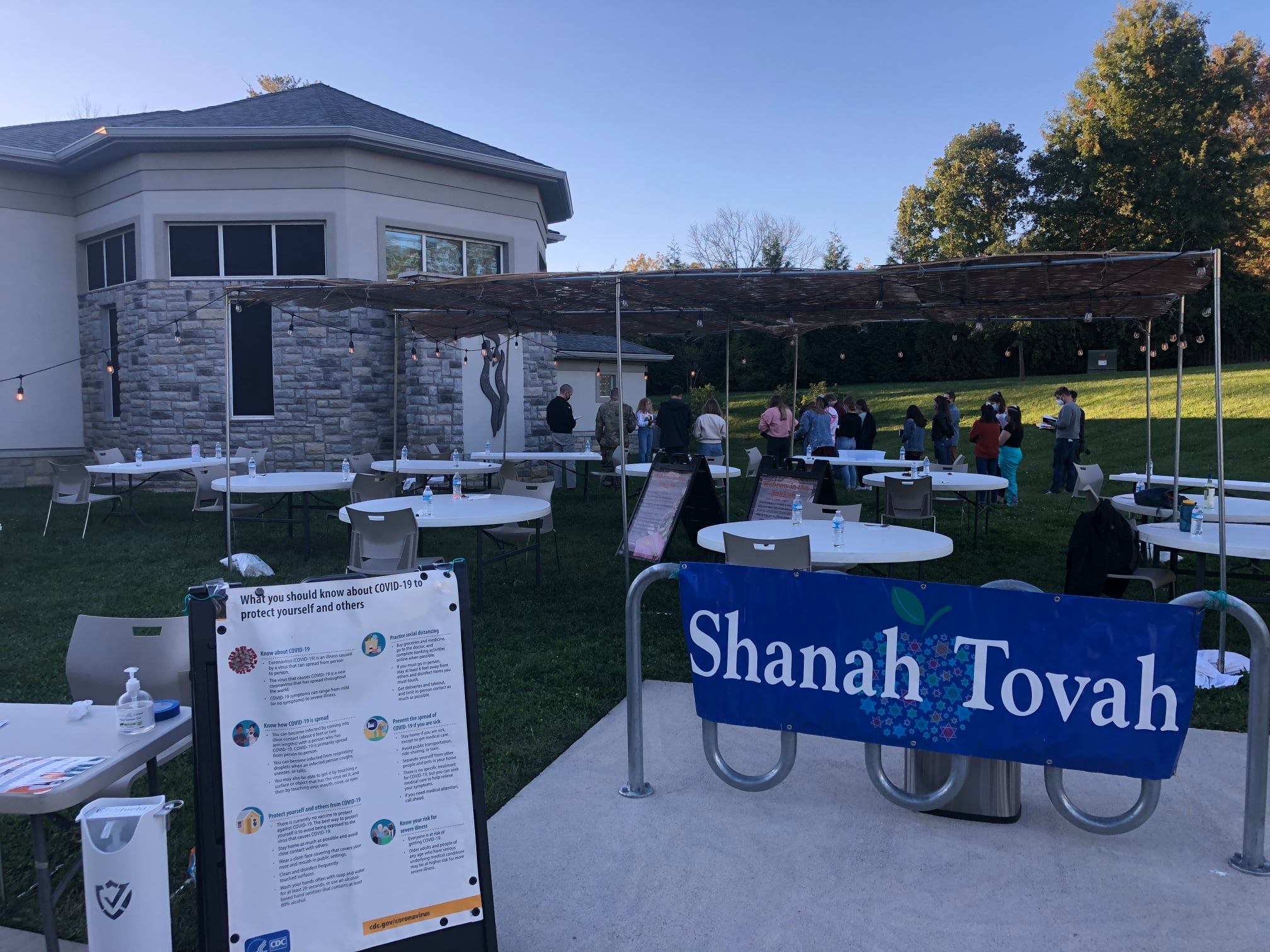 Similarly, virtual programming has allowed Hillel to reach more students than ever before.

Lehman said that in the past, many times Hillel would only see students a handful of times each semester, but now it’s seeing students return for online programming dozens of times.

“When the pandemic first hit, we engaged more students than Hillel had ever before—more than 140,000 students globally and more than 50,000 students in really deep and immersive ways,” he said.

“Hillel is often the primary organization available for them on campus, and because of that, we’re working hard to come up with programs and opportunities that are meaningful for them.”

Moving forward, Lehman said there is a great demand for Israel engagement going into the summer and next fall. “There is tremendous pent-up interest and demand for students to get back on Birthright planes and buses, and have opportunities to engage with and experience Israel in only ways you can if you are there.”

He also noted that one of the biggest takeaways from the pandemic will be the continued focus on smaller group programming and mental-health outlets for students.

“A continued growth in interest in cohort programs shows that community is critical to their own health wealth and happiness,” he said. “We will be offering that more and more—opportunities for students to engage in smaller groups, whatever their interests are, and from a place of Jewish community and Jewish wisdom.”