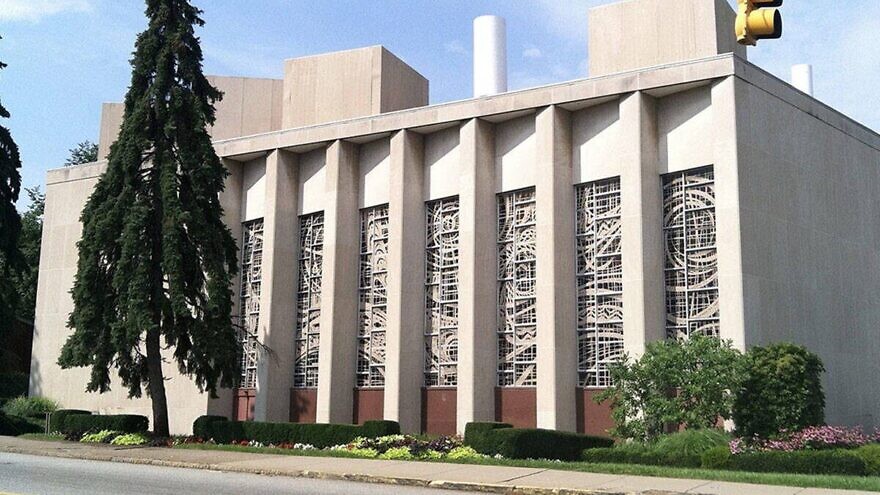 Rabbi Jeffrey Myers, the religious leader of Tree of Life*Or L’Simcha, and several other survivors of the mass shooting that cut short the lives of 11 Jewish members of the three congregations sharing a home in the Tree of Life synagogue building in Pittsburgh’s leafy, historically Jewish Squirrel Hill neighborhood, spoke about how they will observe this year’s commemoration.

The remembrance of those killed and charitable projects in their memories are planned to honor them.

Myers will pre-record a memorial prayer for the victims that will be livestreamed via the commemoration website on Oct. 27. He will also co-lead yahrzeit prayers and a virtual Torah study on the commemoration of their deaths on the Jewish calendar, which this year falls on Nov. 4-5.

“My responsibility is to make it as warm, welcoming and user-friendly as possible,” he said of the service.

Established after the 1995 Oklahoma City bombing, the AEAP supports communities suffering the after-effects of terrorism and hate crimes, according to Maggie Feinstein, director of the 10.27 Healing Partnership.

“Congress designated money to communities hurt by mass violence, recognizing that there are both immediate and longer-term needs,” she said.

Local organizations came together to apply for the federal grant, including the United Jewish Federation of Pittsburgh (UJF), Jewish Family and Children’s Services (JFCS) and the Jewish Community Center (JCC). 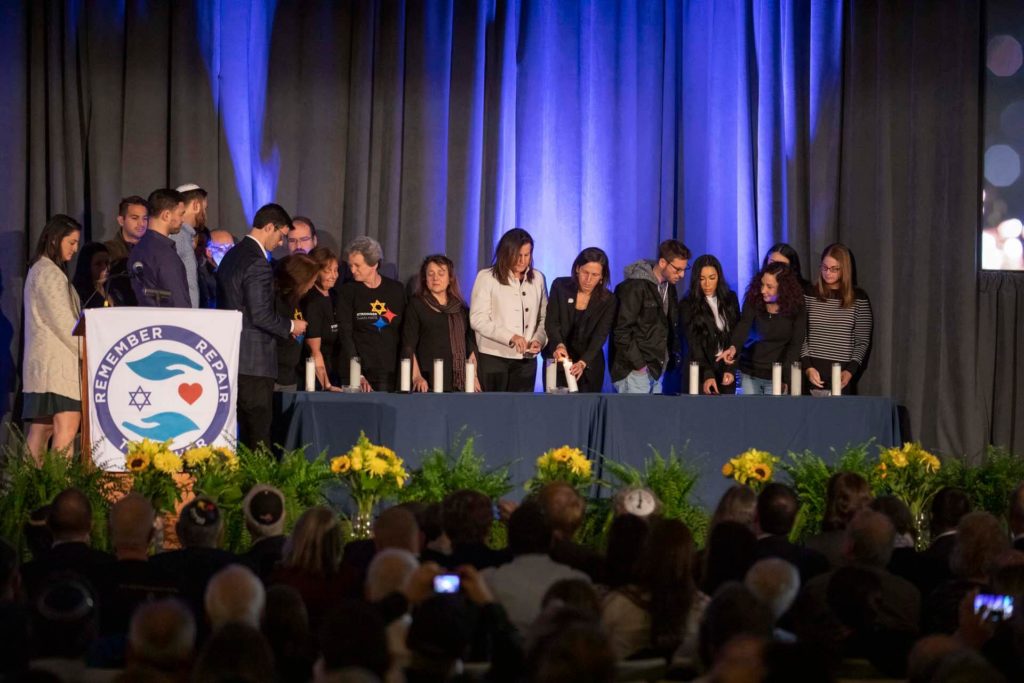 A scene from the one-year memorial service of the Tree of Life shooting. Credit: Courtesy.

In addition to spiritual observance, this year’s commemoration will include more than 20 volunteer activities such as food drives, dental-hygiene supply drives, cemetery cleanups and live counseling, including reiki and meditation—some in person and some via Zoom, according to Feinstein.

In the two years since the massacre, Myers has led a movement to discourage vitriolic, menacing speech online—what he terms “H speech”—that he views as having been a contributing factor in the Tree of Life atrocity.

Myers, who was conducting services when the gunman broke in and who reportedly evacuated several congregants to safety, characterized his efforts to heal over the past two years as a process.

“Driving through Squirrel Hill, you see signs [memorializing the victims] still there,” he said. “It can cheer you up because you know the person is thinking of you and sending you love. But sometimes, you look at it, and it can bring you back to that day.”

“Driving through Squirrel Hill, you see signs [memorializing the victims] still there,” he said. “It can cheer you up because you know the person is thinking of you and sending you love. But sometimes, you look at it, and it can bring you back to that day.”

Two years on, he still has “good moments and bad moments,” Myers said, adding that “it’s going to be that way for the rest of my life.”

He has dedicated time over these past two years to building bridges to other communities.

“New York is No. 1 in bridges, Pittsburgh is second,” he said. “At any rate, we’ve got a lot of bridges here, but they are only good if we use them for good purposes.”

Buoyed by the outpouring of love and support immediately following the massacre, Myers noted that some of the “bridges” built then have stood the test of time. This year, he was deeply touched when Pittsburgh Steeler Zach Banner, of his own initiative, took a public stand against anti-Semitism after other NFL players Tweeted anti-Semitic remarks that NFL officials failed to condemn. (In a posted video, Banner, who along with other Pittsburgh Steelers players attended some of the funerals for the victims of the Tree of Life massacre, said the experience helped to sensitize him to anti-Semitism, and stated, “When … we talk about elevating ourselves, when we say Black Lives Matter, we can’t do that while stepping on the back of other people … and that’s very important to me.”)

This past year, Myers met with Banner. “He’s an incredible young man, and the Steelers and our entire city should be really proud of him.”

Bridges extend to those with different political views, too: Two years down the line, Myers stands by his decision to welcome U.S. President Donald Trump and his family to pay their respects—a choice some community members protested at the time.

“I stand by the choices I’ve made,” he said. “The Torah will be my guide, and the Torah says we welcome strangers. I’ll let history be the judge of what I’ve said and done these past two years.”

He added, “What happened to us transcends politics.”

‘They were our heart’

Doris Dyen, a Reconstructionist rabbi and survivor of the massacre, will co-lead the yahrzeit morning service on behalf of Congregation Dor Hadash, one of two other congregations whose members were killed. She will also participate in a group meeting of survivors and family members of those who were killed.

Dyen remembers being lifted by compassion from other communities after the shooting, including the Muslim community, which raised “hundreds of thousands of dollars in support,” in addition to outreach from local Christian leadership. 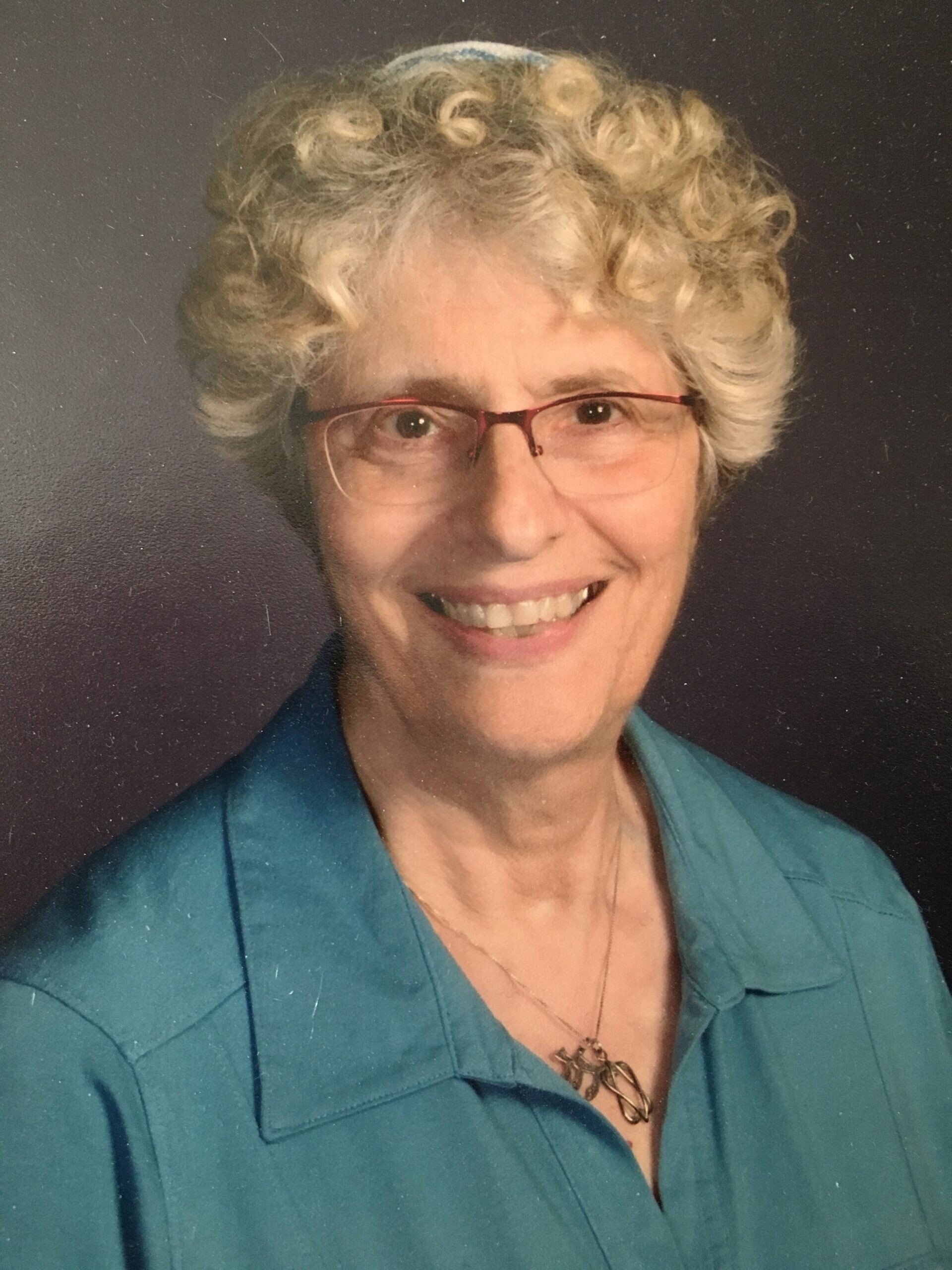 Doris Dyen, a Reconstructionist rabbi and a survivor of the massacre, from Congregation Dor Hadash, one of two other congregations whose members were killed. Credit: Courtesy.

She will participate in food delivery and other projects as part of the commemoration to honor the lives of those lost, including her close friend Dr. Jerry Rabinowitz, a physician who reportedly was killed running towards the gunfire in order to try to help the wounded.

At this time of remembrance, Dyen expressed gratitude to the Pittsburgh police—one of whom, Tim Matson, returned to work last week after two years’ rehabilitation from multiple gunshot wounds. (Matson was among four officers injured while rushing the building and has required extensive rehabilitation).

“In any group of people, you may have problems, but in our particular situation, we were grateful they came to our aid, and they continue to be concerned,” she said.

The other congregation that had been renting space in the Tree of Life building was the New Light Congregation, whose co-president Stephen Cohen told JNS: “The members we lost—Dan Stein, Rich Gottfried and Mel Sax—they led our services, they were our choir; they were our heart.”

For Andrea Wedner, whose mother, 97-year-old Rose Mallinger, was murdered in the massacre, the commemoration is personal and then some. Wedner herself was shot in the arm that day. After multiple surgeries and rehabilitation, she can now move her arm, wrist and three of her fingers.

She believes that her mother, whose family “meant everything to her,” would wish to be remembered “as a person who cared and provided for the ones she loved.”

To register for the Tree of Life commemoration, go to: www.1027healingpartnership.org.

In first US tour, Israel’s envoy embarks on ‘personal journey’ along civil-rights trail