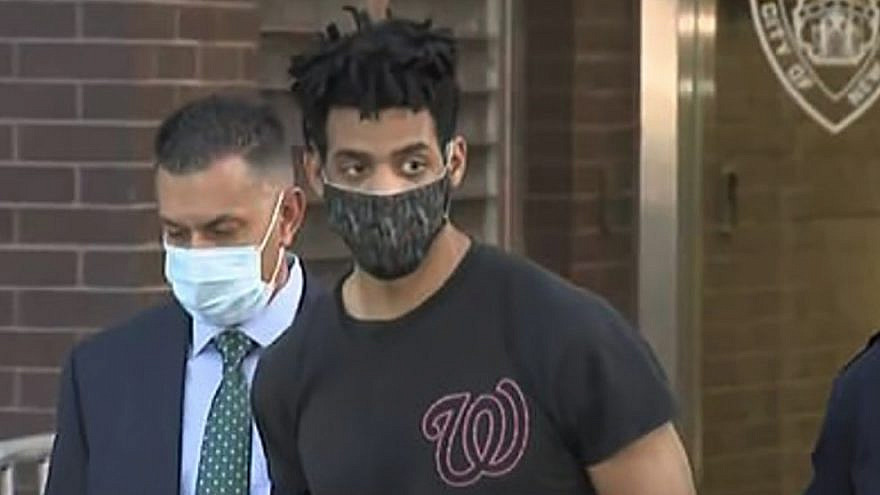 A 29-year-old man from the Riverdale section of the Bronx, N.Y., was arrested on May 1 by the New York City Police Department for a string of attacks on synagogues there.

Jordan Burnette is facing a number of charges in connection with the incidents, including burglary, aggravated harassment, criminal trespass and criminal mischief. Several of these are being charged as hate crimes.

The Bronx District Attorney’s office says Burnette “was released on supervised release,” and is due back in court on May 7.

Speaking to JNS, Evan Bernstein, CEO and national director of Community Security Service, said that Jewish organizations and individuals are having a hard time reconciling the idea that Burnette was released without bail after attacking places of worship.

Noting that several volunteers from his organization confronted the suspect on April 24 outside the Riverdale Jewish Center, Bernstein explained that intellectually, they understand why he was released without bail, “but emotionally, it’s hard to swallow that that person is back on the streets in some capacity.”

“Change the no-bail laws or New York may become the next Paris! New York must not allow hate-mongers to attack houses of worship with impunity,” he said. “Twenty years ago, we witnessed similar scenarios occur in France, where judges refused to hold those who vandalized synagogues accountable. That soon escalated to fire-bombings violence and even murder.”

Cooper added that the NYPD “did its job and arrested the perpetrator of multiple hate crimes, only to see him released by a judge. Criminals, including anti-Semites, will act with increasing impunity putting all in danger unless the laws treat every hate crime seriously.”

During the Saturday press conference announcing Burnette’s arrest, NYPD Deputy Commissioner of Public Information John Miller said “this particular individual has been linked to the attack and is going to be charged with multiple attacks, so, hopefully, life will resume back to normal, and people will be able to worship without fear.”