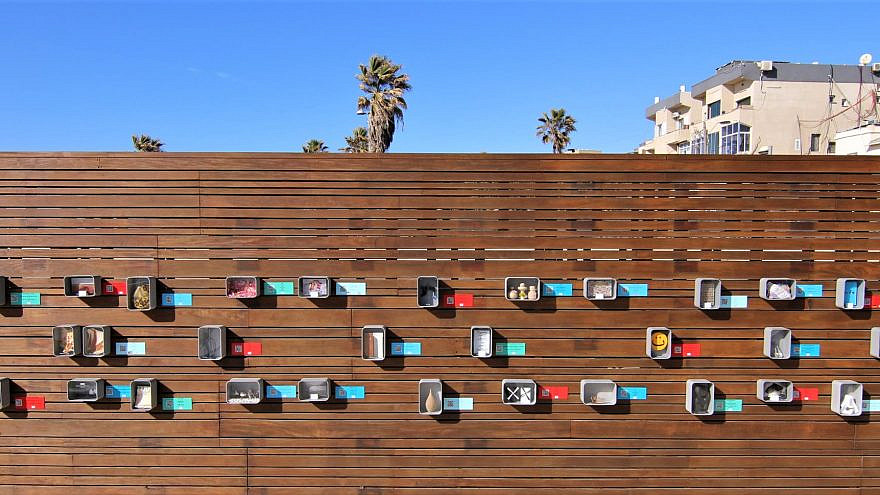 Keter Group and the Peres Center for Peace and Innovation opened a new exhibition on March 24 titled “The New Shape of coExistence,” featuring carefully selected artwork from across the Middle East and beyond.

The exhibition has been launched as part of an ongoing collaboration between Keter and the Peres Center for Peace and Innovation. Last summer, they issued an open call for artists and designers to take part in a visual art project on the theme of peace, co-existence, innovation and the connections between them.

Around 400 artworks were submitted. A selection committee headed by the artist Ilana Gur eventually chose 30 artworks now on display in concrete-like holders, part of Keter’s “Beton” series. Each display holder contains the exhibited artwork, alongside the details of the artist and the country he or she represents.

The exhibition includes works by well-known artists such as Noa Fein and Keren Farago, who collaborated with Iranian artist Ashkan Roayaee.

The exhibition, opened to the general public at the Peres Center’s plaza in Jaffa, is free of charge with no pre-registration required.

Click here for more information on the project and works on display.