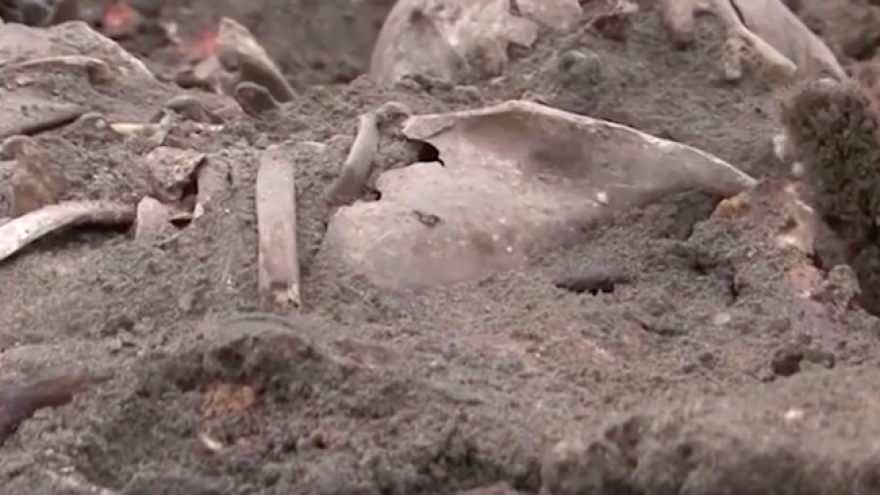 A mass grave of Holocaust victims has been discovered near the village of Logoza in Belarus, the Daily Mail reported on Friday.

Photos from the excavation site show that officials uncovered bone remains, full skeletons (some with bullets in their skulls), fragments of clothing and children’s shoes, in addition to ammunition from ditches that are as deep as five meters. Personal objects were found as well, including a key and a broken comb. The mass grave is located about 22 miles from the capital, Minsk.

Experts from the country’s State Forensic Examination Committee are working on the excavation site in partnership with a group from the general prosecutor’s office. Everything removed from the site has been inspected and recorded, and they will work to identify the excavated bodies.

“While this is the initial state of work, judging by what we see this is a civilian population,” said Dmitry Gora, chairman of the investigation committee under the prosecutor’s office. “Much more will be found in the future.”

Some 1.6 million Belarusian civilians were killed by the Nazis during the occupation in World War II, including between 500,000 to 550,000 Jews, according to the Daily Mail. Most of the victims were women, children and the elderly, reported the Belarus news agency BeITA.