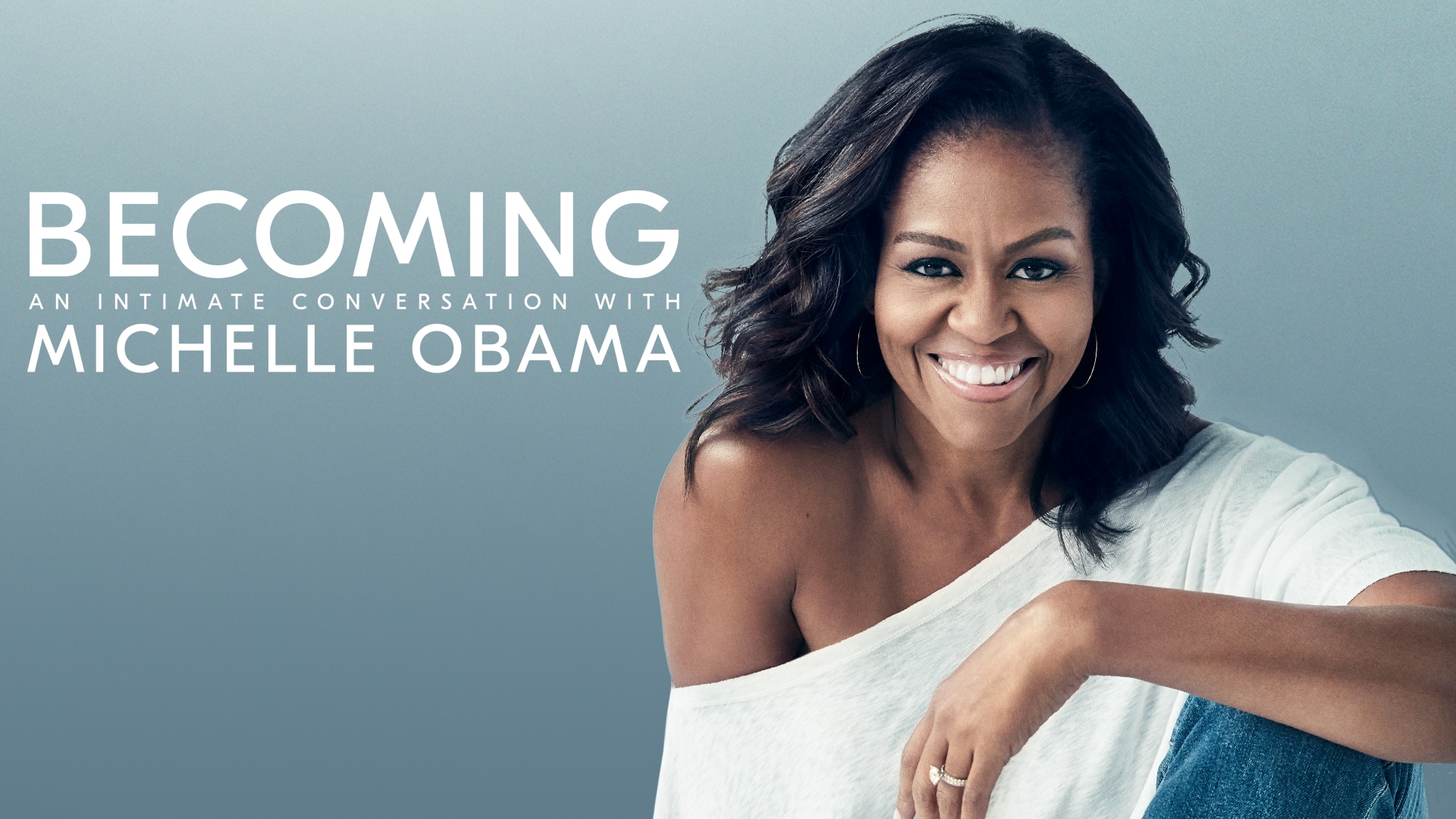 If one theme predominates throughout former First Lady Michelle Obama’s memoir, it is that, notwithstanding the fact that she and her husband had risen to the very pinnacle of power and prestige in the United States, and perhaps in the world, she always felt like an outsider – a black woman in a white man’s world, or, as she put it, a “poppy seed in a bowl of rice.”

If, despite all, she did not feel as if she fully fit in to American society, however much she may have improved and changed it, neither did she feel at home in the majority black society of Kenya, to which she accompanied her husband, Barack Obama, on a roots journey.

She put the feeling quite elegantly—and I would argue that this is a feeling with which many American Jews who have visited Israel also can identify:  “I think I arrived there naively believing I’d feel some visceral connection to the continent I’d grown up thinking of as a sort of mythic motherland, as if going there would bestow on me some feeling of completeness. But Africa, of course, owed us nothing. It’s a curious thing to realize, the in-betweenness one feels being African American in Africa.  It gave me a hard-to-explain feeling of sadness, a sense of being unrooted in both lands.”

Her memoir is divided into three main parts: “Becoming Me,” “Becoming Us,” and “Becoming More.”  The first portion speaks mainly of her mother Marian, father Fraser, big brother Craig, and her childhood as Michelle Robinson;  the second, her romance, career, marriage, and motherhood; and third, Barack Obama’s election as the nation’s 44th President and their service together in the White House.

In all three sections, we share Michelle Obama’s self-awareness as a black woman.  We understand her belief that just as education and a strong family’s love propelled her from the confines of a cramped home in a predominantly black neighborhood of Chicago to Princeton University and Harvard Law School, and then to a prestigious law firm back in Chicago, so too can these factors help other minority group members escape the blankets of invisibility and irrelevance that privileged (read white) society tends to cast over them.

As a Jew, I empathize with the feeling that Mrs. Obama enunciates, that to members of a minority group, it feels as if one must do twice as much to go half as far.  As I read her classifying people into categories of black (friendly) and white (possibly hostile), I realized that through my Jewish eyes, the world often takes on a similar dichotomous appearance.  There are Jews (understanding, understandable) and non-Jews, be they Christian, Muslim, or some other religion (all possibly anti-Semitic).

I read the “Becoming Me” chapter warily, especially when I learned that one of her earliest exposures to politics was through her girlfriend Santita Jackson, whose father was the Rev. Jesse Jackson, who unfortunately will long be remembered by Jews for describing New York City as “Hymietown,” notwithstanding anything else that may commend him.  Add to that name, in the “Becoming Us,” section, the name of her and Barack Obama’s minister, the Rev. Jeremiah Wright, pastor of Trinity Church, whose outbursts against white people and Jews were so well reported that they overshadowed anything good that he may have done.

However, I learned from this memoir that the Obamas also had a wide network of Jewish friends, advisers, and, in the “Becoming More” section, a considerable group of Jewish aides during their White House years.  These Jews were not simply tokens; they were trusted friends and advisers, people who meant a lot to the Obamas. Reading about such people, peppered throughout the book, I found myself relaxing.  If these people, whose names and roles I shall enumerate, found their way into the Obamas’ hearts, then clearly the Obamas, far beyond any ceremonial Chanukah greeting,  had felt real friendship for Jews, even if, as we all know, his feud with Israel’s Prime Minister Binyamin Netanyahu was epic (and not mentioned in the book).

We read that Michelle grew up in a neighborhood that was “middle-class and racially mixed,” transitioning from white to black.  “Craig and I were raised squarely in the crosscurrents of that flux,” she wrote. “The blocks surrounding us were home to Jewish families, immigrant families, white and black families, folks who were thriving, and some who were not…” By the time she left home for Princeton University, she said, the neighborhood was 96 percent black.  She and Craig played as children in Rosenblum Park, named for J. Leslie Rosenblum, who had been a pharmacist, chamber of commerce booster, Boys Club supporter, and a Jew.  While the Robinson home was small and largely inwardly focused, Jesse Jackson’s home, in which girlfriend Santita was raised, was “outward, their community was big, their mission important.”  Santita and her siblings “marched for their father’s causes.  They went on his work trips, visiting places like Israel and Cuba, New York and Atlanta.  They stood on stages in front of big crowds…”  Santita later went on to become a backup singer for Roberta Flack.

After working for a few years in the field of corporate law in the offices of Sidley & Austin, Michelle grew restless, wanting to do something more impactful.  “One afternoon, I visited the office of a friendly, thoughtful man named Art Sussman, who was the in-house legal counsel for the University of Chicago,” and for whom Michelle’s mother previously had served for a year as a secretary.  Sussman was surprised that up to then, Michelle had never visited the University of Chicago campus, notwithstanding that it was close to her South Side neighborhood.  “(I)t occurred to me that that I’d have made a perfectly fine University of Chicago student, if only the town-gown divide hadn’t been so vast—if I’d known about the school and the school had known about me. … Being black and from the South Side, I suddenly saw, helped me recognize problems that a man like Art Sussman didn’t even realize existed.”

Sussman recommended that Michelle meet with Susan Scher, who in turn introduced her to Valerie Jarrett, an aide to successive Chicago Mayors Harold Washington and Richard M. Daley.  Scher, Jewish, and Jarrett, African-American, later would follow the Obamas to Washington – Scher, eventually as Michelle’s chief-of-staff, and Jarrett as an assistant to the president for public engagement and intergovernmental affairs.  The initial meeting between Jarrett and Michelle led to the future First Lady taking a job in the mayor’s office during the second Daley’s administration, serving as a liaison to several city departments.

Scher and Jarrett were both role models, “two women who… managed to be both tremendously confident and tremendously human at the same time.  Susan ran meetings with a steely and unflappable grace.  Valerie thought nothing of speaking her mind to a roomful of opinionated men, often managing to deftly bring people around to whatever side she was arguing.”

From the mayor’s office, Michelle went next to head the Chicago branch of Public Allies, a non-profit organization that links youth to government and private business opportunities.  It was founded by Vanessa Kirsch, whose parental background was Jewish and Protestant, and Katrina Browne, an Episcopalian who later learned, to her horror, that her ancestors had been slave traders. She went on to produce a documentary film exploring her family’s shameful past.   Meanwhile, From her Public Allies position, Michelle was recruited by Sussman to serve as the associate dean for community relations.

At that time Barack Obama was building his political credentials.  He won a seat in the state Senate, and hoped to be elected to Congress.  However, according to Michelle, “Barack’s opponents and their supporters had been propagating unseemly ideas meant to gin up fear and mistrust among African American voters, suggesting that Barack was part of an agenda cooked up by the white residents of Hyde park – read, white Jews – to foist their preferred candidate on the South Side.”  The eventual winner of that congressional contest, Bobby Rush, dismissed Barack Obama as “the white man in blackface in our community. … He went to Harvard and became an educated fool.  We’re not impressed with these folks with these eastern elite degrees.”   Wrote Michelle: “I was astonished to see how our leaders treated him only as a threat to their power, inciting mistrust by playing on backward, anti-intellectual ideas about race and class.  It made me sick.”

As the campaign for president materialized, David Axelrod, another Jew, became one of Barack Obama’s top campaign strategists.  “Axe, as everyone called him, had a soft voice, a courtly manner, and a brushy mustache that ran the length of his top lip,” Michelle wrote.    “Melissa Winter, who was my first hire and would later become my chief of staff, had been recommended by Barack’s scheduler.  She worked in Senator Joe Lieberman’s office on Capitol Hill and had been involved in is 2000 vice presidential campaign. … I was impressed by her irreverent with and almost obsessive devotion to detail.”  Sarah Hurwitz, who had served as a speech writer for Hillary Clinton in the 2008 primary season, moved over to the Obama campaign for the general election, and continued her speechwriting role in the White House.

Sam Kass cooked meals for the Obama household while they were out campaigning, and later, at the White House, helped Michelle design her famous White House garden and consulted on her campaign to have healthier meals served in schools.

And, continuing the trend of close association between Michelle and Jews, Molly Stern served as the editor of Becoming.

Over the years, Michelle Obama became increasingly comfortable among powerful white people.  She knew she belonged.  So, too, do some members of our Jewish community, no matter how parochial their upbringing, become comfortable with the idea that we also belong.