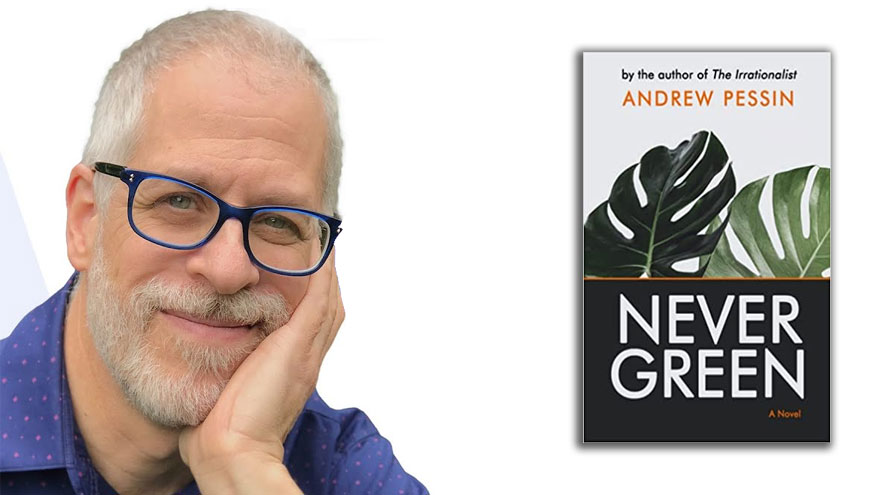 Following a chance meeting aboard an airplane, a doctor simply identified as “J.” is invited to give a lecture at Nevergreen College, which was built on an island that formerly housed an insane asylum.  When the time for the lecture arrives, no one is there to attend it, not even the woman who invited him.  He delivers it nevertheless.  The following morning, he tours the campus, noticing at a student club expo that there are  tables for almost every kind of belief, however ridiculous or contradictory.  The table for the Carnivores club is adjacent to that of the People for the Ethical Treatment of Animals (PETA), and not far away are a Maniacal Ax-Killer Club, a Zombie Club, a Settlers Club, An Indigenous People Club, Only Black Lives Matter Club, White is a Color Too Club, the Ur-Nazi Club, Jihadi Martyrs Club, and the Diversity, Inclusion and Tolerance Club.

What allegedly unites all these clubs is the college’s signature teaching, that people must “hate hate.”  Seated behind the table for the campus newspaper, “The Howler,” is a young woman with such an angry visage that J wonders whether she is in violation of the “hate hate” maxim, so obviously does she seem to hate him.  Without permission, she quickly takes a photograph of him, which she later publishes as the face of a “hater.”  And thus begins his tribulations.  In a plot that resembles Franz Kafka’s The Trial, he is accused of having offended against the college’s code, but no one can tell him specifically what he has done wrong..  The rules of the college, along with its doublespeak, are reminiscent of George Orwell’s 1984.  Perhaps the college is not the successor of the insane asylum, but its continuation.

Although the word “Jew” is never mentioned, this novel appears to be an allegory about cancel culture, intersectionality, and antisemitism.  “J” just might stand for “Jew,”  giving clarity to how someone who has done nothing more than exist on the campus has become the target of hatred.   If the idea is to hate Hate, then “Hate” is this dystopian society’s synonym for Jew.  “J,” in this interpretation, is the “Jew.”  He finds that he has no allies; he is hated by those on the political left, and hated by those on the political right.   Hating him is perhaps the only thing on which those with these opposing viewpoints can agree.

The cleverly written, tragically funny commentary on academic life in contemporary America is well worth the read..  The more closely you study this volume, the more insider jokes and jabs you’ll comprehend.  Warning: if you are a believer in fairness, sanity, due process, and people saying what they mean, be prepared to be frustrated.