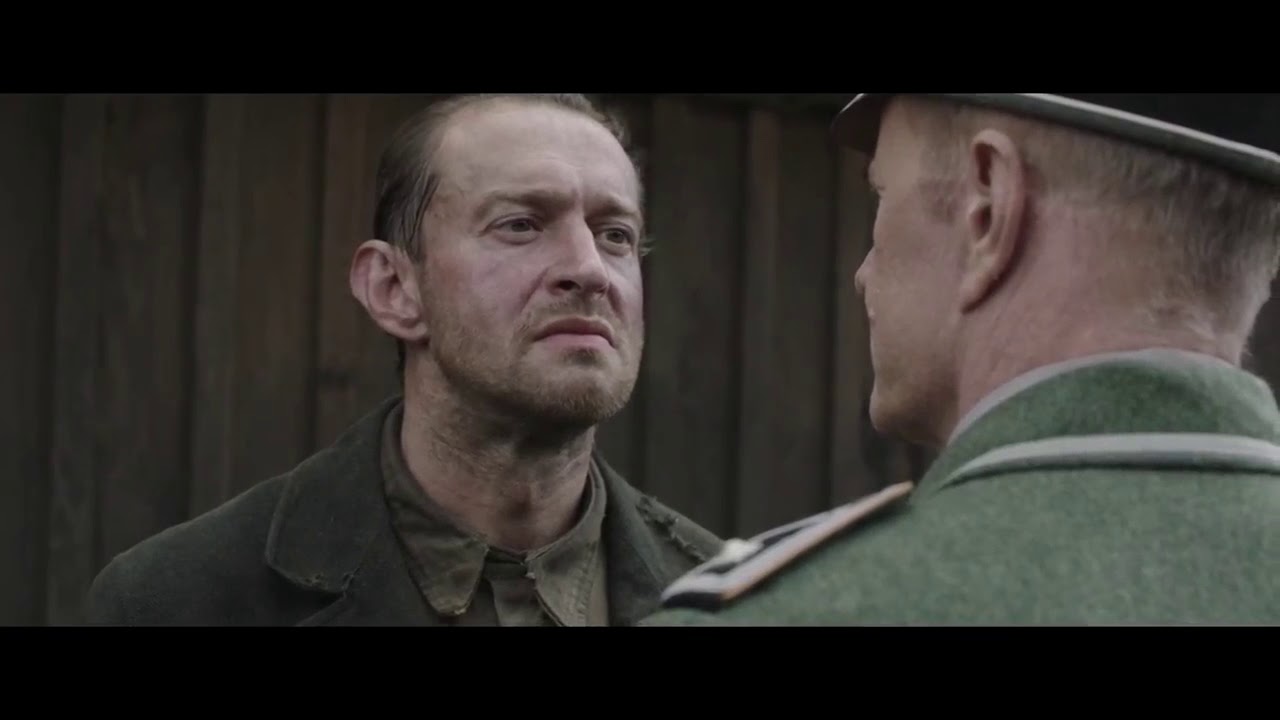 Sobibor was an extermination camp built and operated by Nazi Germany. It was located in the forest near the village of Sobibor, Poland. As an extermination camp rather than a concentration camp.  Sobibor existed for the sole purpose of killing Jews. The vast majority of prisoners were gassed within hours of arrival. Those not killed immediately were forced to assist in the operation of the camp, and few survived more than a few months. In total, some 170,000 to 250,000 people were murdered at Sobibor, making it the fourth-deadliest Nazi camp after Belzec, Treblinka, and Auschwitz.

“In 1942. SS chief, Heimlich Himmler, initiated Operation Reinhart, Nazi Germany’s final solution to the Jewish question. Three death camps were built and staffed under top-secret orders. These camps, all in eastern Poland, were Belzec, Treblinka, and the most secret, Sobibor. It was here, on October the 14th 1943, the biggest, most successful prisoner revolt of World War II, took place. This is that story.”

Sobibor, released in 2018, was Russia’s official submission to the 2019 Academy Awards. The film is streaming on Amazon Prime and tells the story about the only successful revolt and escape from Sobibor Nazi death camp during World War II. The rebellion, led by the Soviet prisoner Alexander “Sasha” Pechersky, risked many lives, including his own, to set free hundreds of Jewish prisoners.

The film is based on the 1982 book Escape from Sobibor written by Richard Rashke. The film is directed and acted by Konstantin Khabenskiy as he plays the lead character Sasha. The film also stars Christopher Lambert as Karl Frenzel and Mariva Kozhevnikov as Selma.

Sobibor is a violent film, and yet I recommend that children 13 and older should be encouraged to watch it.  In 1943, 600 inmates at Sobibor staged the largest prisoner escape from a Nazi death camp in all of World War II. This time many of the Jews win.

In dramatizing the story of those who attempted, and succeeded at, escape from a death camp, Sobibor in no way demeans those who were killed when making their escape. Neither somber nor self-righteous, the film appropriately evokes the worst horrors and nightmares of the camp with unadulterated realism and force. Shot outside Belgrade, Sobibor is both horrifying to watch but in a quiet and subdued way also uplifting.

The horror comes through in its virulent clarity, perhaps most excruciatingly during a scene that follows an attempt by 13 men to escape from the camp. Unfortunately, all 13 were caught. The Nazi commandant announces that as retaliation, not only will the 13 be executed, but each must select a “partner in death” from among the entire prisoner population to face the firing squad.

Having no choice and threatened with the deaths of even more prisoners, if they do not comply, each of the captured men slowly moves forward to place his hand on the shoulder of another inmate. The inconceivable sorrowfulness and irrationality of this period of our history are captured hauntingly in this terrible scene.

After all the inmates are forced to witness this mass execution, Sasha instigates the escape plan, insisting that to avoid further reprisals, all 600 prisoners in the camp must join in the attempt.

“Prisoners worked from 6am to 6pm, with a short lunch break in the middle. Sundays were designated as half days, but this policy was not always observed. The prisoner population included many laborers with specialized skills such as goldsmithing, painting, gardening, or tailoring. While such prisoners were officially spared death only to support the camp’s primary operations, much of their labor was in fact diverted for the SS officers’ personal enrichment. Renowned Dutch Jewish painter Max Van Dam was nominally kept as a sign painter, but the SS also forced him to paint landscapes, portraits, and images of Hitler. Similarly, Shlomo Szmajzner was placed in charge of the machine shop in order to conceal his work making gold jewelry for SS officers. Prisoners with specialized skills were considered especially valuable and were afforded privileges not available to others.

Those without specialized skills performed a variety of other jobs. Many worked in the Lager II sorting barracks, where they were forced to comb through luggage left behind by gas chamber victims, repackaging valuable items as “charity gifts” for German civilians. These workers could also be called on to serve in the railway brigade which greeted new prisoners. The railway brigade was considered a relatively appealing job since it gave famished workers access to luggage which often contained food. Younger prisoners commonly worked as putzers, cleaning for the Nazis and the watchmen and attending to their needs. A particularly horrifying job was that of the “barbers” who cut the hair of women on their way to the gas chamber. This job was often forced upon young male prisoners in an attempt to humiliate both them and the naked women whose hair they were cutting. Armed watchmen supervised the process in order to ensure that barbers did not respond to victims’ questions or pleas.” Source: Wikipedia

The camp ceased operations after the prison revolt. There were only 58 Survivors of Sobibor who made it to the end of the war.
*