Home Recommended Books The Jewish Olympics: The History of the Maccabiah Games, by Ron Kaplan 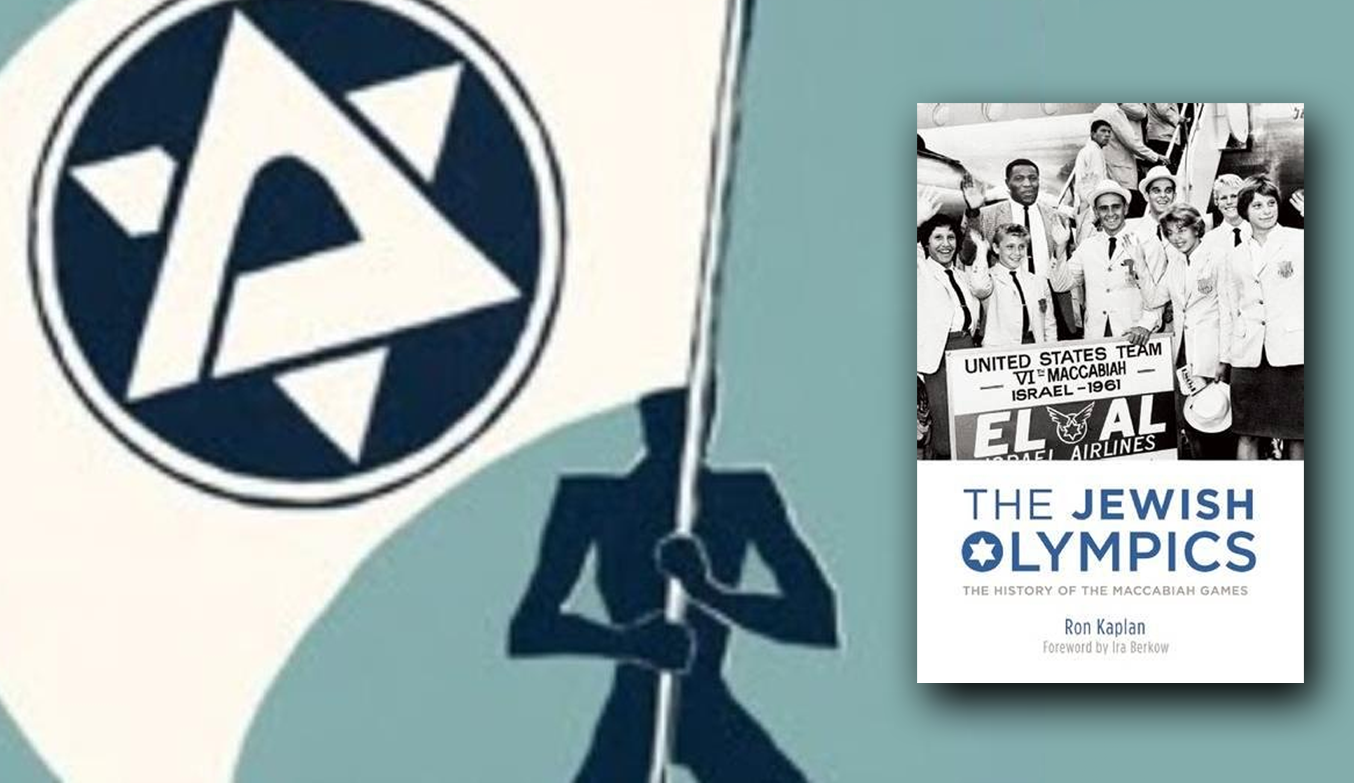 While as a whole the Jewish people are often typecast as a cerebral people, more interested in academic pursuits than in physical prowess, Jews have at the same time held a deep love affair with sport. We take pride in the Jewish roots of major league players or and celebrate the moments when Jews have openly expressed their commitment to Judaism above the game. These celebrities allow us to think differently about the balance Judaism has set between the brain and the body, and to consider the history of Jews in sports as more than just a celebration of a great pastime with a Jewish twist.

Ron Kaplan’s new book, The Jewish Olympics: A History of the Maccabiah Games, has again sparked this conversation for the avid sports reader. At the same time, it may open anew this topic for those interested in the use of sport to celebrate Jewish peoplehood, combat anti-Semitism, foster Zionism, and build Jewish pride.

Kaplan, a sports and features editor for the New Jersey Jewish News, offers us a history of the Maccabiah Games from its inception in 1932 to the celebration of the nineteenth games in 2013. Following an introduction to the rise of Jewish sports clubs, the Maccabi Movement, and the realities of Jewish life in Europe in the late nineteenth century, The Jewish Olympics dedicates a chapter to each Maccabiah Games. To differentiate one Maccabiah Games from the next, Kaplan focuses on the surrounding history, athletes, and record of sports competition that makes each Maccabiah Games unique. At the same time, the author pauses on occasion to share “Maccabiah Profiles,” vignettes about athletes whose stories merit additional attention. It is a fun read for those who love anecdotes on sports, sports history, and the business of sports.

Each chapter opens with a quote that reflects on the importance of the Maccabiah Games for the Jewish people and the State of Israel at that moment in history. For example, the chapter on the ninth Maccabiah Games, held in July 1973, begins by quoting by Chaim Wein—then Maccabiah Games Organizing Chairman—reflecting on the importance of an international Jewish sports event following the massacre of eleven Israeli athletes at the Munich Olympics of 1972. By placing each Maccabiah Games within the larger context of Jewish history, the reader appreciates how this competition brings the Jewish people together to both celebrate and commemorate a yearning for global peoplehood and a love for Israel.

The Jewish Olympics concludes with a listing of Maccabiah athletes who have also won medals in the Olympics. While the topic of Jews in sports could be seen as a study for your next Jewish trivia game, Kaplan’s book does more than that. The Jewish Olympics provides both the sports aficionado and those interested more in Jewish history a window into how the Maccabiah Games has helped to transform Judaism and build the Jewish homeland. The Jewish Olympics is less concerned with getting the sports record straight than it is with confirming one’s appreciation for the Maccabiah Games as a vehicle for engaging Jews from all over the world in ways that other aspects of Jewish life still struggle to do.