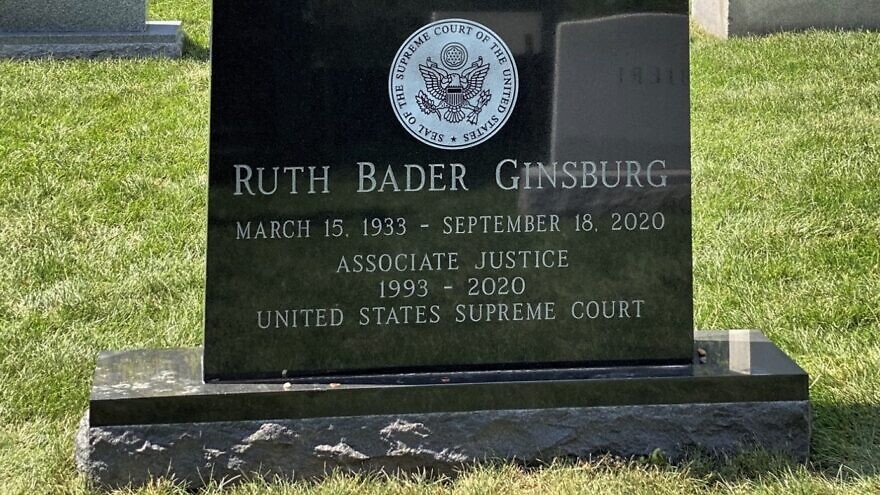 The tombstone of Ruth Bader Ginsburg, the first Jewish woman to serve on the U.S. Supreme Court, was unveiled days before the first anniversary of her death on Sept. 18.

The grave marker was revealed over the weekend at Arlington National Cemetery in Virginia.

It features the U.S. Supreme Court seal, which has a single star beneath an eagle’s claws to symbolize the U.S. Constitution’s creation of “one Supreme Court.” Below Ginsburg’s name, she is remembered as an associate justice who served on the Supreme Court from 1993 until her death in 2020 at the age of 87 from complications of metastatic pancreatic cancer.

The Brooklyn, N.Y.-born attorney, judge and mother of two shares the tombstone with her husband, Martin, who died in 2010 and is buried alongside her in the couple’s section of the historic cemetery.

It is customary for the unveiling of the tombstone to take place on the one-year anniversary of the death, also known as the first yahrzeit, as per Jewish tradition.

Ginsburg was the first woman and the first Jewish person to lie in repose inside the National Statuary Hall at the U.S. Capitol building before her burial. Earlier this year, she was honored in New York with two statues.