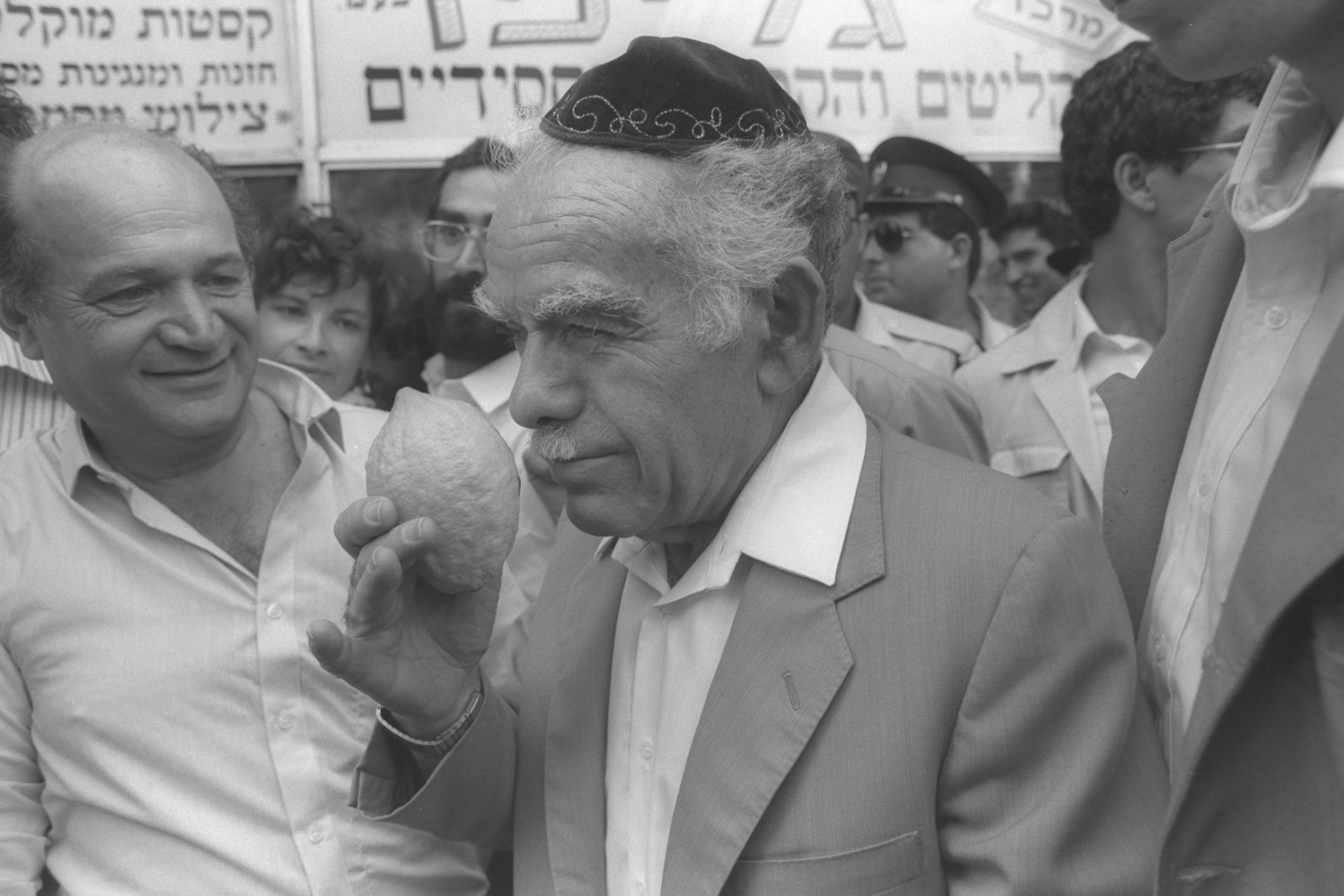 As Israel enters its fourth election cycle in two years, it’s important to go down memory lane to see how we got to where we are.

On Feb. 2nd 1994, then-Prime Minister Shamir gave me a copy of his autobiography, Summing Up.  What the book shows is that Shamir’s story is the story of modern-day Israel.

As he writes in the memoir, he was born in 1915 in Poland to parents who “were dedicated followers of the Zionist cause, believers in the right of the Jews to a national home in the Land of Israel and my father’s insistence on the cardinal importance of a Hebrew education for me. He was steeped in Jewishness, something best described in Yiddish as ‘Yiddishkeit’. Religion for him—as it was perhaps inevitably to become for me—was primarily that complex code of thought and behavior that strengthens the bond between Jews and enriches their shared legacy.”

“I asked myself then and there, what are you doing here? Poland is lost. There was no room for me there anymore.”

He was inspired by Ze’ev Jabotinsky, whom he called “the most dynamic and controversial of the many gifted men who left their mark on the Zionist movement and subsequently on the State of Israel. Essentially, Jabotinsky’s vision of Zionism achieved can be compressed into one sentence: a Jewish majority in a Jewish State in the whole of the Biblical Land of Israel.”

Fed up by the “Havlagah” (policy of restraint) of the Haganah, Shamir first joined the Irgun Zvai Leumi and then, following a policy split, joined the Lehi (an acronym in Hebrew for “fighters for freedom,”), led by Abraham Stern. It was thus that the Lehi came to be called, often derogatorily, as the “Stern Gang.”

After being arrested by the British and exiled to Eritrea in 1946, he returned to Israel in 1948 and served as a Mossad operative in Europe until 1965.

In 1970, he joined Menachem Begin’s Herut movement, which in 1973 formed a coalition with other small parties to establish the Likud. He was first elected to the Knesset in 1973, and became Knesset Speaker after the Likud’s victory in 1977.

Shamir was a legendary figure in Israel. He had many outstanding achievements. He was known as a “rock.” He never wavered.

His statements about the Camp David Accords that led to the peace deal with Egypt bear repeating.

“I was not party to the Camp David deliberations nor kept privately au courrant regarding the many various setbacks and less frequent gains.  In fact, I was abroad in Denmark (heading a Parliamentary delegation) and thunderstruck to learn that we had agreed, pending Knesset approval, to Israel’s total withdrawal from Sinai—including, naturally, from the northern Rafiah Salient with its flourishing young Israeli settlements and the model town of Yamit that the Israeli government had helped to build, had consistently backed and that had literally flowered in the desert. It was difficult for me to imagine that Begin had accepted even the possibility of these Jewish settlements being uprooted, and, in great suspense, I waited for confirmation of a decision that I regarded (and never ceased to regard) not only as wrong in itself but also a disastrous precedent.”

In Oct. 1991 (10 months after the United States-led international coalition of forces launched the first Gulf War), he came the Madrid Conference. This is where the boom was lowered on Israel as payback to the Arab nations who helped the U.S. go to war against Saddam Hussein’s Iraq.

Shamir was a formidable presence and proved his mettle once again. His comments on the conference are important: “As soon as I arrived in Madrid, I met with President Bush and Secretary Baker. We had been misled about the much-haggled-over and publicized Jordanian-Palestinian delegation: it was only in Spain that we learned that each of the two components had been allotted equal time to address the Conference and that the Palestinians were being treated as an entity unto themselves.”

He went on: “We know our partners to the negotiations will make territorial demands on Israel. But as examination of the conflict’s long history makes clear, its nature is not territorial. It raged well before Israel acquired Judea, Samaria, Gaza and Golan in a defensive war. There was no hint of recognition of Israel before that war in 1967 when the territories in question were not under Israeli control.”

Shamir presented Israel’s case well. I remember the Madrid Conference vividly. Little did I know that it
would metamorphize into the dreadful Oslo Accords of Sept. 1993. Truth be told, even though Shamir was exemplary at the conference, it was the single most important event that I believe brought his coalition down.

I was personally so upset by it that I teamed up with my Zionist mentor and great activist, Jack Friedler of blessed memory, to host a press conference with Christian leaders, including the late Ed McAteer and political heavyweight Senator Orrin Hatch at the National Press Club in Washington D.C. to oppose the pressure being applied on Israel by Baker and the conference participants.

One of the main antagonists against Israel and who was part of the “Palestinian delegation,” was Saeb Erekat, who recently passed away. He attacked Shamir and Israel at every turn.

At the National Press Club, I compared the Madrid Conference to wolves circling Israel, the lamb, with the wolves ready to pounce at any moment.

Shamir’s take on how his coalition fell is as follows: “… not only the [George H.W.] Bush administration was out to unseat the Likud. The small parties to the right of Likud-Tehiya, Tsomet and Moledet—blinded by their extremism, though knowing that the government was committed to uphold the right of Jews to settle everywhere in the Land of Israel—and that I myself was as fervent an advocate of this policy as any of their members began to distrust and defy me. To this day, I cannot grasp why this should have been so.”

Fast forward to the present. Likud Transportation Minister Miri Regev wrote a letter to Diamant in which she said, “Elements within the Likud attacked him (your grandfather) as an internal opposition; Yitzhak Moda’i resigned in favor of the New Liberal Party, together with other right-wing parties that split the bloc. We know how it ended: Rabin came to power and brought the Oslo disaster upon us at a terrible bloody price.”

I wish Diamant well. I hope she can live up to her grandfather’s incredible strength under fire, and that the government formed this year will be stronger than ever.