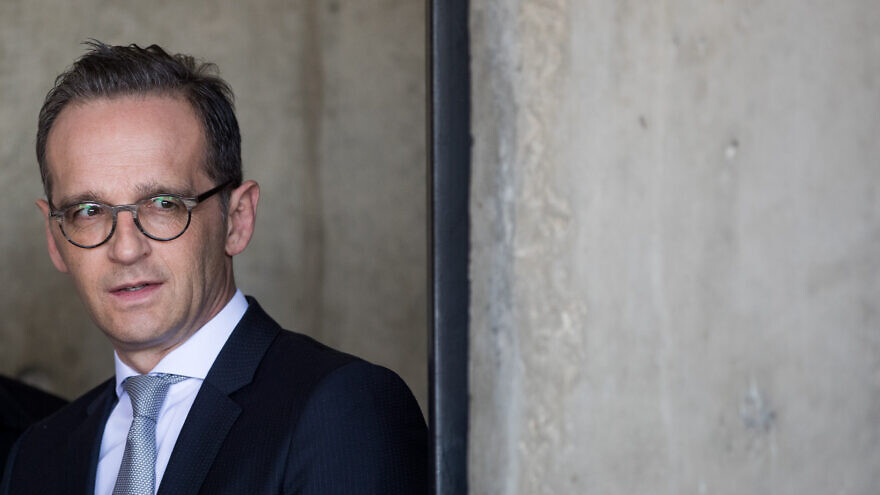 The United States and Germany launched a dialogue on Holocaust issues on Thursday in the face of rising anti-Semitism and Holocaust denial, signing a letter of intent during a ceremony.

According to a State Department news release, U.S. Secretary of State Antony Blinken met with German Foreign Minister Heiko Maas in Berlin at the Memorial to the Murdered Jews of Europe in Berlin to launch the dialogue and underscore the shared commitment to combating Holocaust denial and distortion through finding innovative ways to enhance Holocaust education.

“Today, as in the past, Holocaust denial and other forms of anti-Semitism often go hand-in-hand with homophobia, xenophobia, racism, other hatred. It’s also a rallying cry for those who seek to tear down our democracies, which we’ve seen in both our countries is often a precursor to violence,” Blinken said at the ceremony. “That’s why we have to find innovative ways to bring the history of the Holocaust to life not only to understand the past but also to guide our present and to shape our future.”

According to the release, the dialogue will include formal senior-level consultations planned for late 2021 that will include representatives from the United States Holocaust Museum and the Memorial in Washington, D.C.

The State Department cited the need for such collaboration 76 years after the end of the Holocaust, when the numbers of survivors are dwindling, and to address what it sees as a fading knowledge of the Holocaust timed with the uptick in individuals, organizations and even governments engaging in Holocaust denial and distortion.

“It is more important today than at any time since the end of World War II to ensure there is an accurate understanding of the Holocaust, the forces that brought it about and its tragic consequences,” aid the release. “Complacency and lack of preparedness allowed the rise of fascism, anti-Semitism and racism that led to the Holocaust.”