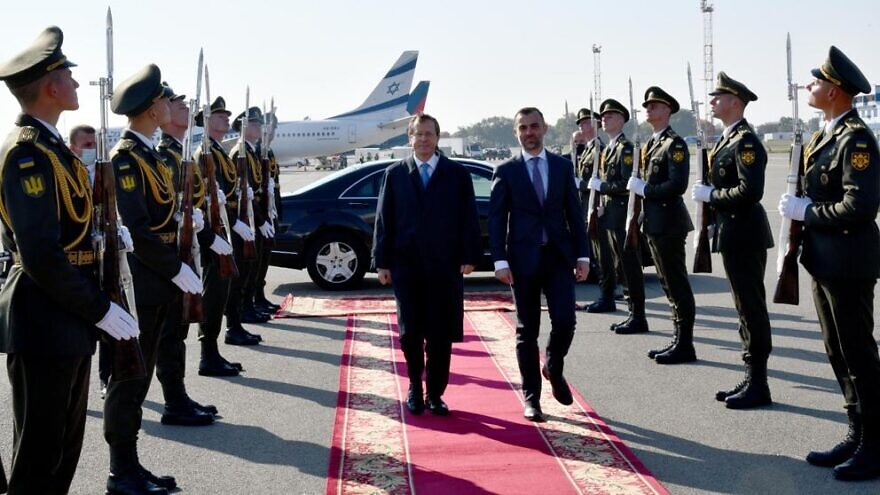 Israeli President Isaac Herzog arrived in Ukraine on Tuesday to participate in an official international ceremony marking the anniversary of the Babi Yar Massacre. It will be his first state visit as president.

“The Jewish People have a glorious past here but also a tragic and painful history. Tomorrow I shall take part in the inauguration ceremony for the Babyn Yar Holocaust Memorial Center, marking 80 years since the Babi Yar Massacre,” Herzog said.

Herzog was greeted at the presidential palace in Kiev by Ukrainian President Volodymyr Zelensky.

Accompanying the president as part of his delegation are Minister Zeev Elkin (government liaison to Ukraine) and Members of Knesset Moshe Arbel, Michael Michaeli, and Evgeny Sova.

“We shall remember and never forget the terrible massacre at Babi Yar, in which 33,000 Jews were massacred, shot dead into pits, naked, in the terrible cold—men, children, the elderly, and women. May their memory be a blessing,” Herzog said prior to departing for Ukraine. 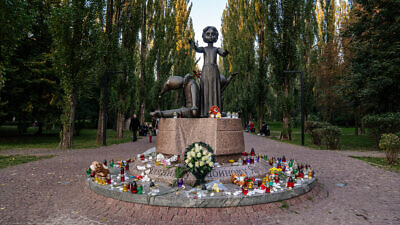 During his visit, Herzog is also scheduled to deliver an address before the Ukrainian Parliament and meet representatives of the Ukrainian Jewish community.

“Ukraine and Israel have good relations. This year, we mark 30 years of Ukrainian independence and 30 years of relations between Israel and Ukraine,” Herzog said on Tuesday before setting off.

He thanked Zelensky and the Ukrainian government for passing a law against anti-Semitism, which adopted the International Holocaust Remembrance Alliance’s working definition of anti-Semitism.

“Ukraine also boycotted the Durban Conference, and I am grateful to it for this,” Herzog said.