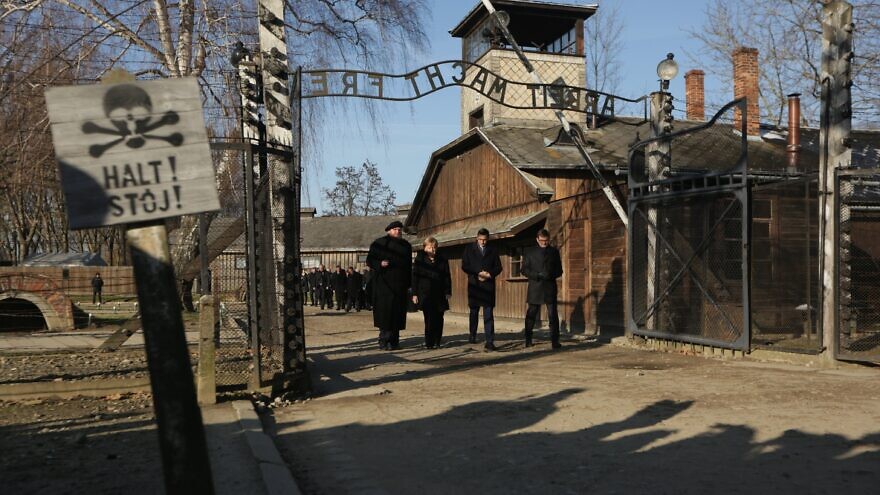 Germany will donate $66 million to the Auschwitz-Birkenau Foundation, German Chancellor Angela Merkel announced on Friday during her first-ever visit to the former Nazi concentration camp.

The funds, half to come from Germany’s federal government and half from regional governments, will help the Auschwitz-Birkenau Foundation reach its goal of raising $133 million.

Merkel’s visit to Auschwitz included a stop at the museum’s conservation laboratories, the site of a gas chamber and a crematorium, and a moment of silence at the Death Wall, where around 20,000 people were shot to death.

Merkel said “the fight against anti-Semitism and against all forms of hate” is crucial to her government, and added, “Remembering the crimes … is a responsibility which never ends. It belongs inseparably to our country. To be aware of this responsibility is part of our national identity.”

Christoph Heubner, deputy chairman of the Auschwitz International Committee, said Merkel’s visit to Auschwitz “is a particularly important signal of attention and solidarity at a time when Auschwitz survivors are victims of anti-Semitic insults and hate-filled emails.”

The last sitting German chancellor to visit Auschwitz was the late Helmut Kohl in 1995.