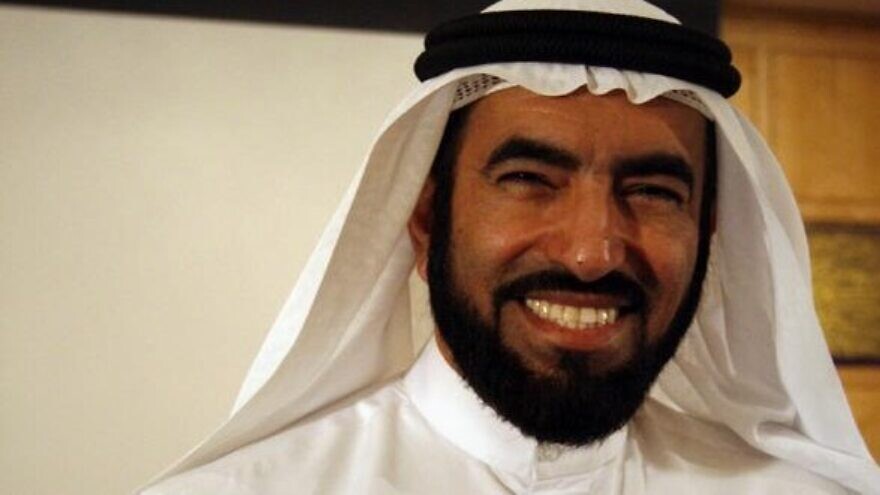 A recognized charity and Muslim group in Canada is hosting a speaker this weekend with a history of demonizing Israel and Jews at its annual conference.

Tareq Al-Suwaidan is listed on the home page of “Deeply Rooted & Standing Strong, Muslim Student Leadership Conference,” although his bio is not included with the event’s other speakers. A Kuwaiti writer and businessman, he the author of the Arabic-language book, Al Yahood Al Mawsua Al Musawra (The Jews, The Illustrated Encyclopedia), has direct ties to the Muslim Brotherhood, which is designated as a terrorist organization by a number of countries.

According to the Anti-Defamation League, Al-Suwaidan’s book “includes classic anti-Semitic narratives, Holocaust denial and other fallacies to defame Jews. The book dedicates entire sections to discussing how Jews control the media and politics, while another chapter explains how Jews exploit women.”

Its introduction describes a goal of teaching about Jews and “their wickedness, treason and deception which they practiced with all nations so not to be deceived by them and by their promises of false peace.”

“It is shocking that any organization, especially a registered charity in Canada, would give a platform to those promoting a genocidal form of anti-Semitism,” said Shimon Koffler Fogel, president and CEO of the Centre for Israel and Jewish Affairs (CIJA). “Worse, the program in which Al-Suwaidan is scheduled to speak targets young Canadians under the guise of ‘social impact.’ ”

“We also call on the government of Canada to review their granting process to ensure that organizations receiving funding to combat racism are not themselves in need of anti-racism training,” he said.

In July, the Canadian government hosted two days of discussions about hate—one that addressed anti-Semitism and one on Islamophobia.

According to statistics by the B’nai Brith Canada’s Annual Audit of Anti-Semitic Incidents a record 2,610 acts were recorded in 2020, while in May 2021, following Israel’s 11-day conflict with Hamas in Gaza, more than 250 anti-Semitic incidents were recorded across Canada with more than 60 of them being “violent” assaults.

“We are facing an alarming rise in hate against minorities in Canada, particularly Jewish and Muslim Canadians,” said Koffler Fogel. “What we need are initiatives that bring young people together, not a preacher who promotes extreme hate and incites religious violence. We urge the Muslim Association of Canada to examine the track record of speakers they continue to platform and determine whether they reflect the organization’s values.”