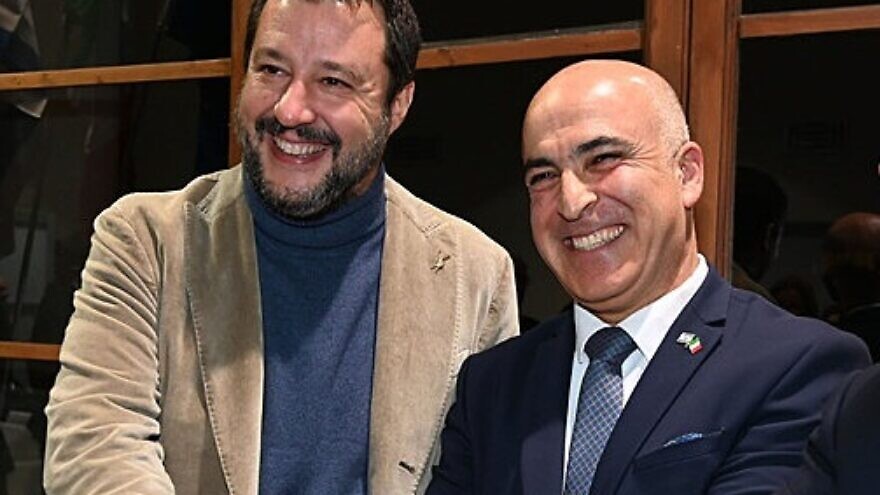 One of the most prominent politicians in Italy has called for the relocation of the Italian embassy in Israel to Jerusalem.

Addressing a “Breakfast for Jerusalem” event on Wednesday at the Italian Senate—attended by coalition and opposition leaders, senators and Israelis Ambassador to Italy Dror Eydar—Senator Matteo Salvini declared: “The Jewish people and Jerusalem are one and the same, and therefore the relocation of the Italian embassy from Tel Aviv to Jerusalem would be the moral, cultural and politically obvious thing to do.”

After eliciting loud applause and even the support of a few other senators for his remarks, Salvini, who formerly served as Italy’s deputy prime minister, said he was speaking from the heart, and added, “The new, cowardly shape of anti-Semitism is no longer just the hatred of Jews, but towards Israel, and they are the same, as far as I am concerned.”

Eydar said, “Italy’s historic mission, which began at the San Remo conference, on the right of the Jewish people to their land, has not been completed. The Italian embassy in Israel is not located in its capital, in its natural place. I have a dream, and is it shared by many: to see the Italian flag waving in the eternal city.”