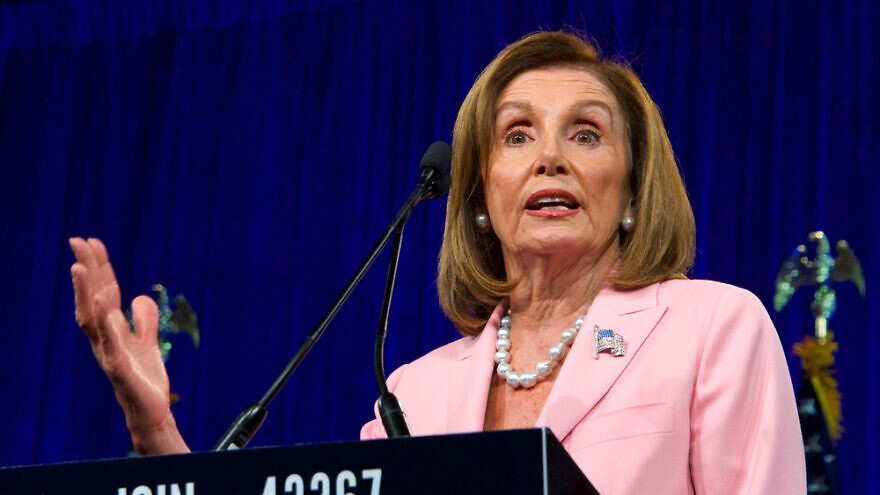 The Iron Dome missile-defense system has long been one of the least controversial aspects of the U.S.-Israel relationship. Funding for the idea was approved in principle by the George W. Bush administration in 2007 after the Israel Aerospace Industries and Rafael Advanced Defense Systems conceived the project. It was an answer to the heavy missile fire from Hezbollah in Lebanon and Hamas in Gaza that Israel faced in 2006. The Iron Dome would give Israel the ability to shoot down the rockets and missiles shot at its villages, towns and cities. That meant that each time those terrorist groups chose to escalate the conflict, Israel wouldn’t be obligated to send forces over the border to stop the launches.

The purely defensive aspect of Iron Dome is why the Obama administration went all-in on funding for the project. Obama was besotted with the idea of forcing Israel to accept a Palestinian state, as well as concerned about not ruffling the feathers of his preferred nuclear negotiating partners in Iran who give Hezbollah its orders. He was for anything that he thought might restrain Israel from pursuing aggressive policies against terrorism emanating from Hamas-ruled Gaza or Lebanon. That it also allowed him to pose as Israel’s friend, despite his antagonism for it, was merely a political bonus that he and other Democrats who understood how popular the Jewish state is with most Americans were happy to collect.

Israel gets $3.8 billion in defensive aid from the United States yearly. But almost all of that must be spent in America. That means the aid package has, in fact, become a federal handout to U.S. arms manufacturers as much as anything else. Iron Dome, however, is funded separately. And that is why it became the focus of a complex but ultimately revealing political tussle.

House Speaker Nancy Pelosi faced a problem this past week when attempting to pass a stopgap bill to keep the U.S. government funded. She knew that Republicans were unalterably opposed to her decision to raise the debt ceiling again. While the GOP has been similarly profligate when it comes to spending the public’s money, the Biden administration’s hard-left ideological turn and plans for a vast expansion of entitlements and spending make fiscal compromise impossible.

But she never got the chance. That’s because a significant portion of her own party said that they would refuse to vote for the bill if Iron Dome was included.

The most prominent member of the left-wing “Squad,” Rep. Alexandria Ocasio-Cortez (D-N.Y.), has been vocal about wanting to cut aid to Israel and her more overtly anti-Semitic comrades—Reps. Ilhan Omar (D-Minn.) and Rashida Tlaib (D-Mich.)—agreed that there was no way they would vote to fund a system that shoots down terrorist rockets.

Nor were they alone. The ranks of “The Squad” have expanded since the 2020 election. Radicals like Reps. Cori Bush (D-Mo.) and Jamal Bowman (D-N.Y.) have joined their ranks, echoing their anti-Israel rhetoric. Veteran left-wingers like Rep. Betty McCollum (D-Minn.) have also been increasingly vocal about wanting to end the alliance with Israel.

Pelosi’s margin of error in a House where she has a razor-thin majority over the Republicans is small. Had it just been “The Squad,” she could have ignored them. But the increasingly leftist tilt of the Democratic caucus is no longer a matter of a few loudmouth publicity hounds. The popularity of intersectional ideology, which falsely identifies the Palestinian war against Israel with the struggle for civil rights in the United States, and the influence of critical race theory, which similarly misidentifies the Jewish state as a beneficiary of “white privilege” over “people of color,” has altered the political landscape on the left.

Many Democrats, including the House leadership, still identify as, and to a large extent, actually are friends of Israel. But as the negotiations over the inclusion of the Iron Dome funding proved, they are not only incapable of controlling their caucus, but it is the supposedly marginal radicals who call the shots when push comes to shove.

That’s the only way to interpret the situation faced by Pelosi and House Majority Leader Steny Hoyer. They wouldn’t have the votes to pass their bill by a party line vote if they kept Iron Dome in it. With the assistance of Rep. Rosa DeLauro (D-Conn.), a veteran liberal who is chair of the crucial House Appropriations Committee, the anti-Israel faction sent a clear message to Pelosi and, as she had in the past two years when Omar was about to be censured by the House for anti-Semitism, the speaker folded and removed it.

Subsequently, Hoyer vowed to bring back Iron Dome funding in a separate bill. And, though nothing in this dysfunctional Congress is a certainty, Hoyer’s bill is likely to pass. One way or another, U.S. funding for Iron Dome is likely to continue.

That’s why the Israeli government, which is desperate to woo support from Democrats, has chosen not to make too big a deal of the incident, with Foreign Minister Yair Lapid doing his best to sound as if it didn’t matter.

The problem here is not the fate of a funding measure that was, from its start, a tactical political maneuver more than anything else. It’s that the left actually chose to make an issue of an Israeli defense system.

As many who are liberal critics of Israel but still claim to support its right to exist, pointed out, attacking Iron Dome funding would seem to be the weakest possible argument for foes of the Jewish state. As a purely defensive weapon, it saves lives—both Jewish and Arab—by preventing terrorist projectiles from hitting the civilian targets at which it is aimed. As Obama originally hoped, its effectiveness also makes a ground attack against Gaza less likely every time Hamas decides to try to enhance its credibility with the Palestinian street by trying to cause Israeli casualties, as it did in May.

But as the arguments from not just the congressional radicals but the avalanche of support they got on liberal Twitter showed, the increasingly influential left-wing of the Democratic Party doesn’t care about any of that. They think that preventing terrorists from killing Jews (and Arabs) with rockets gives Israel an unfair advantage. They believe that Israel should be essentially disarmed and forced to give in to the demands of its enemies. Instead of showcasing their desire to promote peace, their dislike of Iron Dome illustrates their hostility to the existence of a Jewish state, no matter where its borders are drawn.

Far from being an unimportant kerfuffle, the Iron Dome squabble is just one more indication of a sea change in the Democratic Party as the younger and more popular left-wingers are beginning to edge out the senior citizens (Pelosi is 81 and Hoyer 82) that lead them in the House aside. Try as some might, including the Israeli government, it’s not possible to pretend that a party being pushed around by anti-Zionists and anti-Semites, like those in “The Squad,” on funding issues and that openly advocates for appeasement of Iran can any longer be considered pro-Israel. Resisting this trend is the duty of the many supporters of Israel who remain loyal Democrats; still, it would be dishonest to pretend that their struggle is anything but uphill and increasingly likely to fail in the long run.