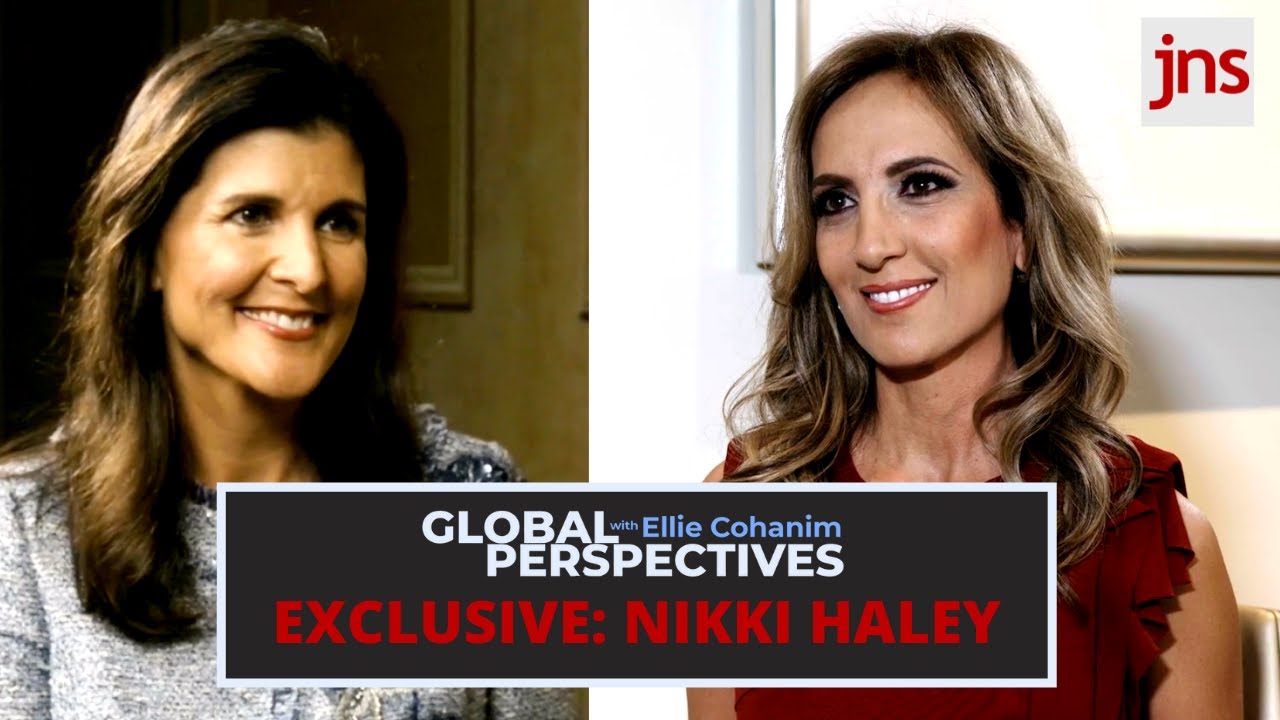 Ellie Cohanim sits down with former U.S. Ambassador to the United Nations Nikki Haley, who shares a behind-the-scenes look at America leaving the U.N. Human Rights Council, defunding UNRWA and pulling out of the Iran nuclear deal.

She also discusses what supporters of Israel can do better and what role women can play in politics.

It also airs on the Jewish Broadcasting Service (JBS).

About “Global Perspectives with Ellie Cohanim”:

“Global Perspectives” is Jewish News Syndicate’s newest production. Join former U.S. Deputy Special Envoy to Monitor and Combat Anti-Semitism at the U.S. Department of State Ellie Cohanim, as she hosts some of the most important geopolitical conversations taking place in the Jewish world today. Cohanim, a sought-after speaker in her own right, interviews heads of state, policymakers, thought leaders and activists, in frank and open discussions.

These conversations provide key insights into critical and time-sensitive issues, including the Iranian nuclear threat, the rise of violent anti-Semitism, anti-Zionist activities, Christian and Muslim support for Israel, and the historic Abraham Accords.