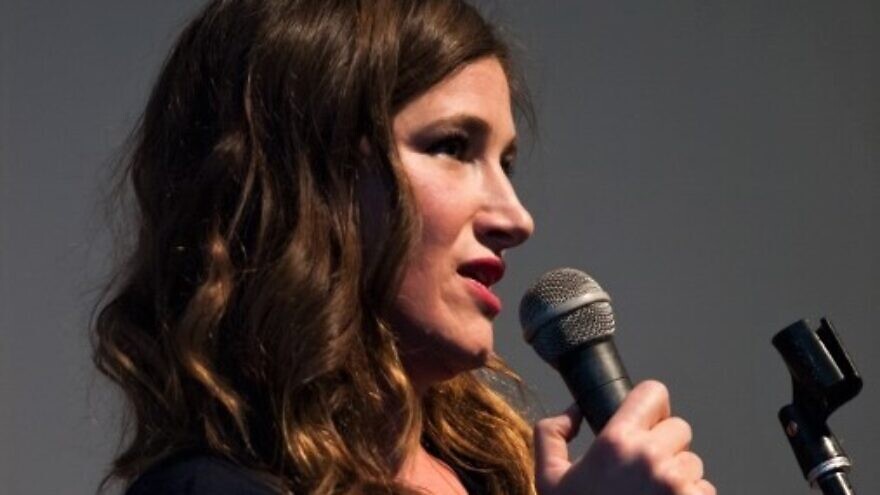 Maybe the problem is that we should stop paying so much attention to what comedians say. Too much of our national discourse has become the function of what writers for late-night comedy shows say it is. Those shows aren’t so funny anymore, yet they do set the parameters for what is considered acceptable opinion in mainstream liberal society. The same can be said for the once-hilarious “Saturday Night Live” after four years running dull polemical skits illustrating conspiracy theories aimed at demonizing Donald Trump and glorifying his opponents. Like the others, its cast poses as courageous truth-tellers but, much like the court jesters of medieval monarchies, they are actually in the business of telling their audience only what it wants to hear.

It’s hardly surprising that in an era when political correctness is the coin of the realm, and trigger warnings and worries about hurting the feelings of those too sensitive to either take a joke or laugh at themselves are omnipresent, that humor as an art form is in serious decline. Yet somehow, a lot of Jews are still taking Sarah Silverman’s utterances seriously.

Silverman rose to notoriety by doing what cutting-edge comedians have always done: being outrageous, offensive and vulgar. Now, however, she mainly gets our attention by acting like so many others in her field: making political statements.

Silverman has well-established ties to Israel in the form of an older sister who lives in the Jewish state with her family. So when Silverman recently pointed out that those progressives who oppose funding for the Iron Dome anti-missile defense system were guilty of anti-Semitism because they were deliberately exposing them to the harm caused by terrorist rockets, some of her fans on the left didn’t like it. Echoing a theme explored in depth by a far more incisive Jewish commentator—novelist Dara Horn, whose most recent book is titled People Love Dead Jews—Silverman noted that “people only really like Jews when they are suffering.”

But Silverman appears to have generated even more notice with a recent podcast in which she raised the issue of “Jew face,” a term she uses to describe when “a non-Jew portrays a Jew with the Jewishness front and center, often with makeup or changing of features, big fake nose, all the New York-y or Yiddish-y inflection.” This is significant, she claims, because “in a time when the importance of representation is seen as so essential and so front and center, why does ours constantly get breached even today in the thick of it?”

The immediate cause of this complaint was the casting of actress Kathryn Hahn, who is Catholic, as the very Jewish comedian Joan Rivers in an upcoming mini-series. Other prominent examples of this sort of thing are non-Jews like Rachel Brosnahan starring as the uber-Jewish Midge in the hit comedy “Mrs. Maisel,” or the WASPy Felicity Jones playing the late Justice Ruth Bader Ginsburg in the 2018 biopic “On the Basis of Sex.”

Some of this may be sour grapes on the part of those who think that they should be getting roles that are being given to less deserving or at least less Jewish actors. And anything that comes out of Silverman’s mouth should always be taken with a shovelful of salt since her primary motivation has always been to put herself in the spotlight. After all, she once falsely claimed to have been raped by Joe Franklin, a New York television institution, as part of a documentary about a dirty joke. It was so absurd and outrageous that it was deemed a comic genius by some. Franklin, who sued, understandably didn’t think it was funny.

But Silverman’s latest kvetch relates to controversies that go deeper than her perpetual search for notoriety.

The idea of “representation” and “cultural appropriation” is at the heart not only of issues roiling the arts but society in general. Woke ideologues have been doing their best to police casting in the entertainment industry in order to root out historical injustices done to marginalized communities. The days when the son of Russian Jewish immigrants to the United States like actor Sam Jaffe could play other ethnicities (like the Indian title character of the Hollywood classic “Gunga Din” or a Tibetan High Lama in “Lost Horizon”) are over.

There is something to be said for this, not least in opening up opportunities for actors who are black, Hispanic, Asian, Indian or some other ethnicity to get roles for which they are obviously best suited instead of handing them to whites.

Since this is primarily motivated by notions about “equity” rather than equality of opportunity, the hubbub about cultural appropriation only works in one direction. When blacks are cast in roles that are clearly associated with another race, we are rightly told that acting talent matters more than skin color or fidelity to the spirit of the piece but not when it is the other way around.

Even worse, even the showing of films of the past in which whites appeared in roles now deemed inappropriate for them has become impossible. For example, Bright Sheng, a professor of music at the University of Michigan, was forced to step down from teaching a course after his decision to screen a 1965 film of Shakespeare’s “Othello” starring the very white English acting legend Laurence Olivier as a very black version of the Moor of Venice for a class. One can argue that the portrayal of the role by Olivier—one of the greatest Shakespearians of his or any other time—was over the top, and it wouldn’t pass muster today.

The woke, however, are eager to not just condemn the past, but to erase it and to cancel anyone who disagrees. The fact that Sheng’s family was persecuted by the Communist Red Guard during the Chinese Cultural Revolution is an irony that is lost on those championing these new standards in the name of social justice.

In such an environment, perhaps it’s understandable that Jews want to get in on the act and demand their own version of “equity.”

It’s not as if Jews are unfamiliar with being victims. A rising tide of anti-Semitism has swept across the globe as traditional Jew-hatred has joined forces with Islamist hate and anti-Zionist invective masquerading as human-rights advocacy. Advocacy for critical race theory and intersectionality has given a permission slip to the left to target Jews as possessors of “white privilege” and to falsely label Israel as an “apartheid state.” That has served to enable both the silencing of Jews as well as to foment violence against them.

But rather than seeking to get their share of equity, Jews need to realize that they have thrived because America is a place where you were judged as an individual, not solely as a member of a group—be it privileged or unprivileged—the way critical race theory categorizes everyone. Aligning with the woke frame of reference about casting may give a few more juicy Jewish roles to Jewish actors, yet doing so would mire us further into the morass of entitlement and moral panic about race that is antithetical to the best of the Jews as well as everyone else.

Nothing could be further from that goal than Silverman’s attempt to push for more “representation” of them. On the contrary, those who care about Jewish rights should be at the forefront of the effort to fight back against all aspects of critical race theory. The religion or ethnicity of the actress who will play Joan Rivers or any other Jewish character matters less than championing values in which each person or actor will be judged solely on their own merits rather than as a member of a group, be it privileged or not.