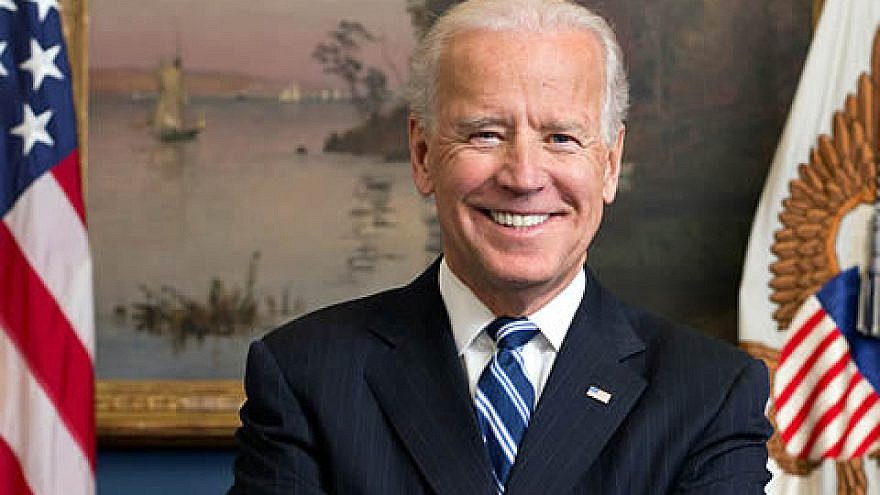 As Muslim communities in Western nations continue to grow in size and influence, politicians will court their vote.

In the 2016 U.S. presidential election, Muslims had the lowest rate of voter registration of any religious group. This time around, however, the Million Muslim Votes movement is seeking to change all that by getting Muslims to turn out in droves for presumptive Democratic nominee Joe Biden on November 3.

Though not all Muslims are religiously observant, organizations that claim to speak for them typically have a religious agenda. Consequently, when politicians set out to out to garner Muslim votes, they all too often end up affirming Islam.

Biden did just that in a recent speech to a Million Muslim Votes gathering. He said he wished that more was being taught about “the Islamic faith” in American schools. He called Islam one of “the great confessional faiths.”

He meant that Islam, Judaism and Christianity share a common origin, so, speaking theologically, we are all one family. Later in his speech, he commended American Muslims for “preaching peace,” echoing former U.S. President George W. Bush’s “Islam is peace” address to the nation after 9/11.

In the context of this warm theological embrace, Biden went on to assert that the Muslim voice deserves recognition, acceptance and a place at the table. He contrasted this with U.S. President Donald Trump’s “assault” on non-white Americans, including Muslims, which he said has fanned the flames of racial hate.

In the same breath, he deplored Trump’s “Islamic phobia” [sic] and “vile Muslim ban,” situating Muslims within the rhetoric of racial conflict. He also promised to speak up on behalf of persecuted Muslim minorities around the world.

Biden immediately put this hadith to work for his campaign, urging Muslims to make the world a better place “with our heart, with our hands, with our votes.”

This hadith is famous and often quoted. But what does it actually mean?

At first sight, it would appear to call upon Muslims to use the most forceful means available to bring about change, since words (“the tongue”) and thoughts (“the heart”) are only a fallback option when force (“the hand”) is not available.

Because of this, some Muslim preachers, when expounding this hadith, advise caution. For example, American convert to Islam Jamaal Diwan has warned that “sometimes this [hadith] is misunderstood and misapplied” because “people immediately go to the hand.” Indeed.

Others have advised that, although the obligation to use the hand applies, it may not be wise to start there, and if a better outcome results from speaking first, then this is preferable. This is wise counsel. However, it effectively reverses the hierarchy of options from hand first to heart and tongue first.

It is striking that Biden changed one key word in the hadith. The Arabic word munkar is normally translated as “evil,” not “wrong.” Munkar means something that is disallowed and declared to be evil and abominable. Declared by whom? By Islam. The word has a specific meaning in Islamic law, as something prohibited by Sharia.

It also appears in an equally famous verse of the Koran, Sura 3:110, which defines the destiny of the Muslim community:

“You are the best nation raised up for humanity, commanding right and forbidding evil [munkar], and believing in Allah. If only the People of the Book [i.e. Jews and Christians] had believed, it would surely have been better for them. Some of them are believers, but most of them are perverted transgressors.”

The key idea here is that Islamic Sharia as a pathway to be followed is not simply an option; it is to be established by available force (“the hand”). This hadith is about the obligation incumbent on Muslims to prevent evil by enforcing what Islam considers to be pleasing to God.

For some Islamic authorities, this hadith is associated with the doctrine of jihad. One hadith collection, the Sunan Abu Dawud, lists Biden’s hand-tongue-heart saying in the Book of Battles, and there is a similarly worded hadith of Muhammad that says to “strive in jihad with your hands, your tongues and your wealth.”

Consequently, Ibn Rushdi (Averroes) taught that there is jihad of the heart, the tongue, the hand and the sword.

The website Islamweb.net is an online fatwa service that offers guidance for Muslims around the world. A vehicle of Qatar’s Ministry of Endowments and Islamic Affairs, it offers the world’s largest online fatwa bank, and is one of the world’s most-visited Islamist sites.

Citing Sura 3:110, it explains the hand-tongue-heart hadith: “The well-being of the [Muslim] nation is closely tied to its calling people to the truth of Islam … fulfilment of this divine duty gives it the upper hand …  in fulfilling this divine duty …  its supremacy is maintained and enhanced; it will have reason to triumph over enemies; it will be dominant on the earth; and it will be saved from the punishment of God.”

At this moment in history, the people of Western nations do not share a consensus about the basis upon which to ground morality. Does cherished human life begin at conception or at birth? Is euthanasia a kindness or murder? Is gender a personal choice or a genetically determined scientific fact? Why is it wrong for one person to better his/her own situation at the expense of another?

Such questions cannot be answered by science or the materialistic worldview that has become so dominant in the West.

One of the reasons that Islam is attracting converts among Westerners is that it offers moral certainty. There is evil and good, determined by God, and humans have the responsibility to promote and, as far as they are able, to implement what is good with their own hands. Seen from this perspective, the good they are to promote is Islamic Sharia.

Muslims have every right to promote their views in the political arena, and it is understandable that politicians will court their votes. But Biden’s endorsement of a hadith that promotes the divine duty of Muslims to command and forbid, to compel and prevent, is shameful.

Endorsing Sharia, as Biden did on this occasion, even if done tacitly and unwittingly, inaccurately reduces Muslim political concerns to a religious agenda. Muslims are real people, needing jobs, security, safety, good health and a future for their children. Politicians would be wise to court the Muslim vote on the basis of the humanity of Muslims, not their religion.

Islam is not a race, and mandating respect for Islam is not the solution to discrimination and marginalization experienced by Muslims. By exploiting theological arguments, Biden not only risks alienating non-observant Muslims and non-Muslims, he is promising that he will elevate and promote respect for Islam and its Divinely mandated path, Sharia.

Surely, this is the task for the mullahs, not the president of the United States.

Mark Durie is a Ginsburg-Milstein Writing Fellow at the Middle East Forum and a senior research fellow of the Arthur Jeffery Centre for the Study of Islam.