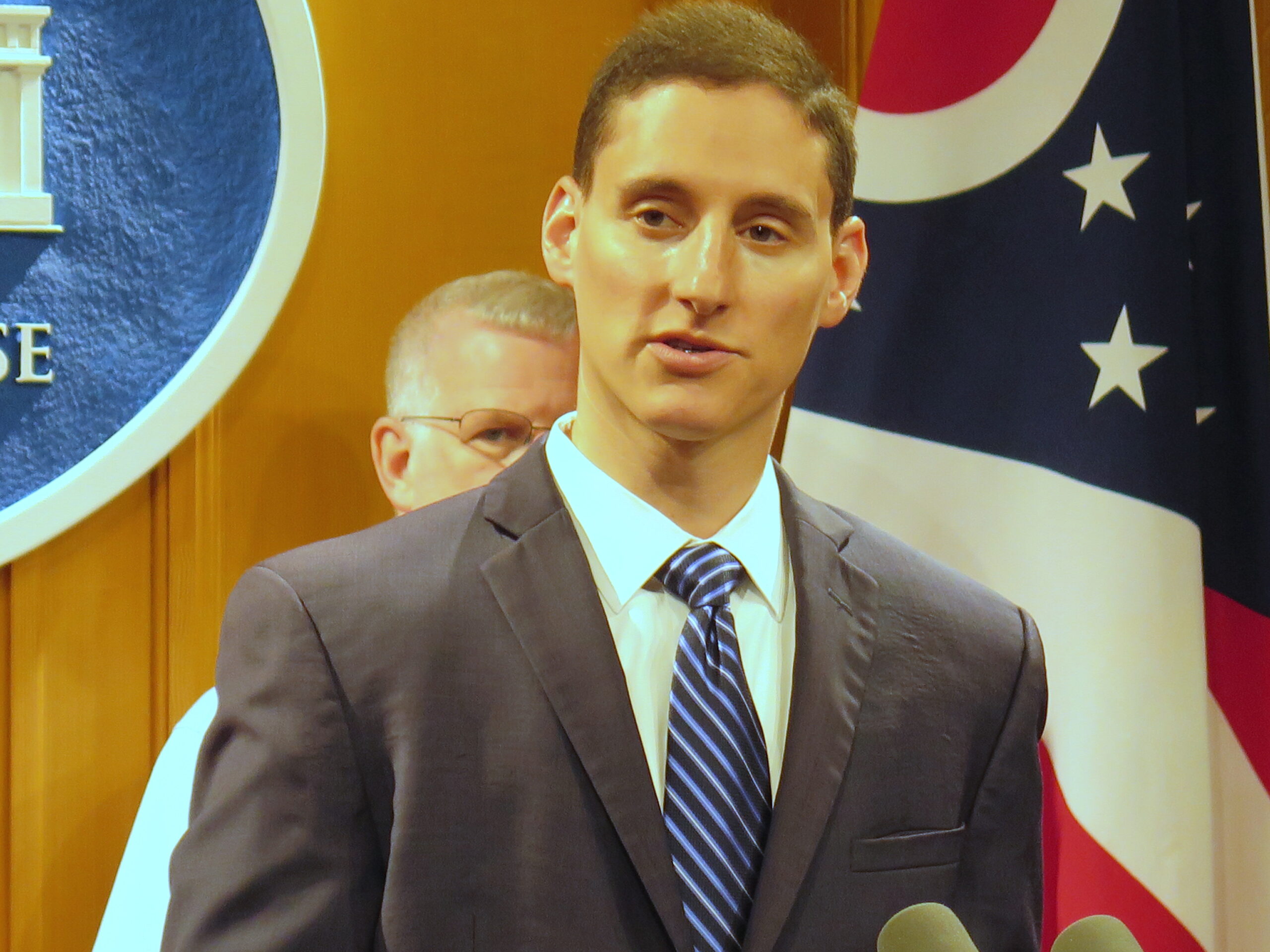 Josh Mandel is one confusing guy.

In his quest to succeed Republican U.S. Sen. Rob Portman of Ohio, is Mandel now freeing up his fellow Republicans to compare the pandemic to the Holocaust? Or will he insist that only us Israelites can do that? That is not all he confuses us about.

He joined other Republicans with such a comparison in a video he posted on Thursday, Sept. 9, to protest President Biden’s coming mandate that a large portion of private-sector employees get vaccinated against Covid-19 or get tested each week, the Jewish Telegraphic Agency reported.

“I call on my fellow Americans: Do not comply,” Mandel announced. “Do not comply with the tyranny, and when the Gestapo show up at your front door, you know what to do.”

Now, now. Mandel is Jewish himself. He could argue that he can say that, but not non-Jews. Then again, non-Jews can figure that since a tribe member can say it they can say it as well.

Besides, Rep. Thomas Massie of northern Kentucky, also a Republican, did not exactly say it. A screenshot of a Massie tweet, as the Louisville Courier-Journal described it, “showed a photograph of a person’s fist with numbers tattooed vertically along their wrist – an image reminiscent of the serial number tattoos Nazis forced upon people who were abused and murdered in the Auschwitz concentration camp.”

A message was superimposed over that image: “If you have to carry a card on you to gain access to a restaurant, venue or an event in your own country – that’s no longer a free country.”

“This shameful tweet,” said Rabbi Shlomo Litvin of Lexington, “shows tremendous ignorance of public policy, history and a horrible lack of judgment. While we are relieved the congressman deleted the ill-thought-out tweet, such comments must be repudiated.”

Gee, Rabbi Litvin, if a Jewish candidate like Josh Mandel makes the Holocaust comparison, does not that vindicate Thomas Massie?

Certainly not. Litvin and the American Jewish Committee speak for American Jews and anyone else who would be disgusted by both Mandel and Massie.

Massie and Mandel are incredibly insensitive to any reasonable person and, especially, to the Jewish community. Hopefully, Ohio voters will reject Mandel’s candidacy. If Massie represents a safe congressional district, we can only hope that his party remains in the minority unless and until it improves its political stance.

Mandel baffles us with two other aspects of public discourse. The other week, he mixed it up with former national security official Lt. Col. Alexander Vindman, who criticized Mandel for opposing resettlement of Afghan refugees. Vindman, a Soviet Jewish refugee, rose to prominence when he testified against President Trump in 2019.

Mandel called him a “commie” in addition to a “liar and traitor.” I suppose he could be against both communism and Nazism, but is he claiming that Democrats represent both ideologies?

When Mandel says “you know what to do” if the Gestapo shows up at one’s door, what does he think we should do? I know what I would do: Run.