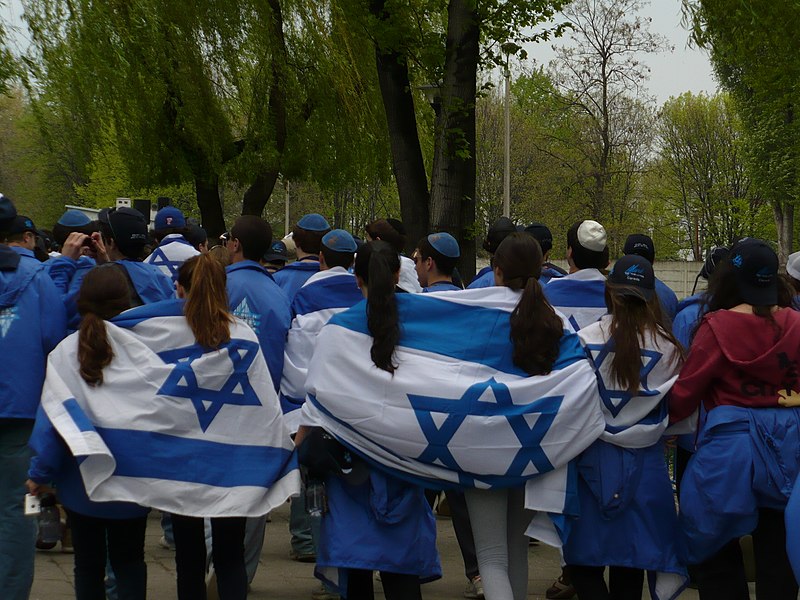 There are no words for the experience of commemorating the horrific death, together with Holocaust survivors, on the sacred grounds of the Birkenau extermination camp, where more than 1 million Jews were sent to the gas chambers and crematoriums just 75 years ago.

March of the Living, over the past 31 years, has brought nearly 300,000 Jews and members of nations around the world to see for themselves the site of one of the most heinous and sophisticated crimes in human history, and to walk the nearly two miles from Auschwitz to Birkenau. 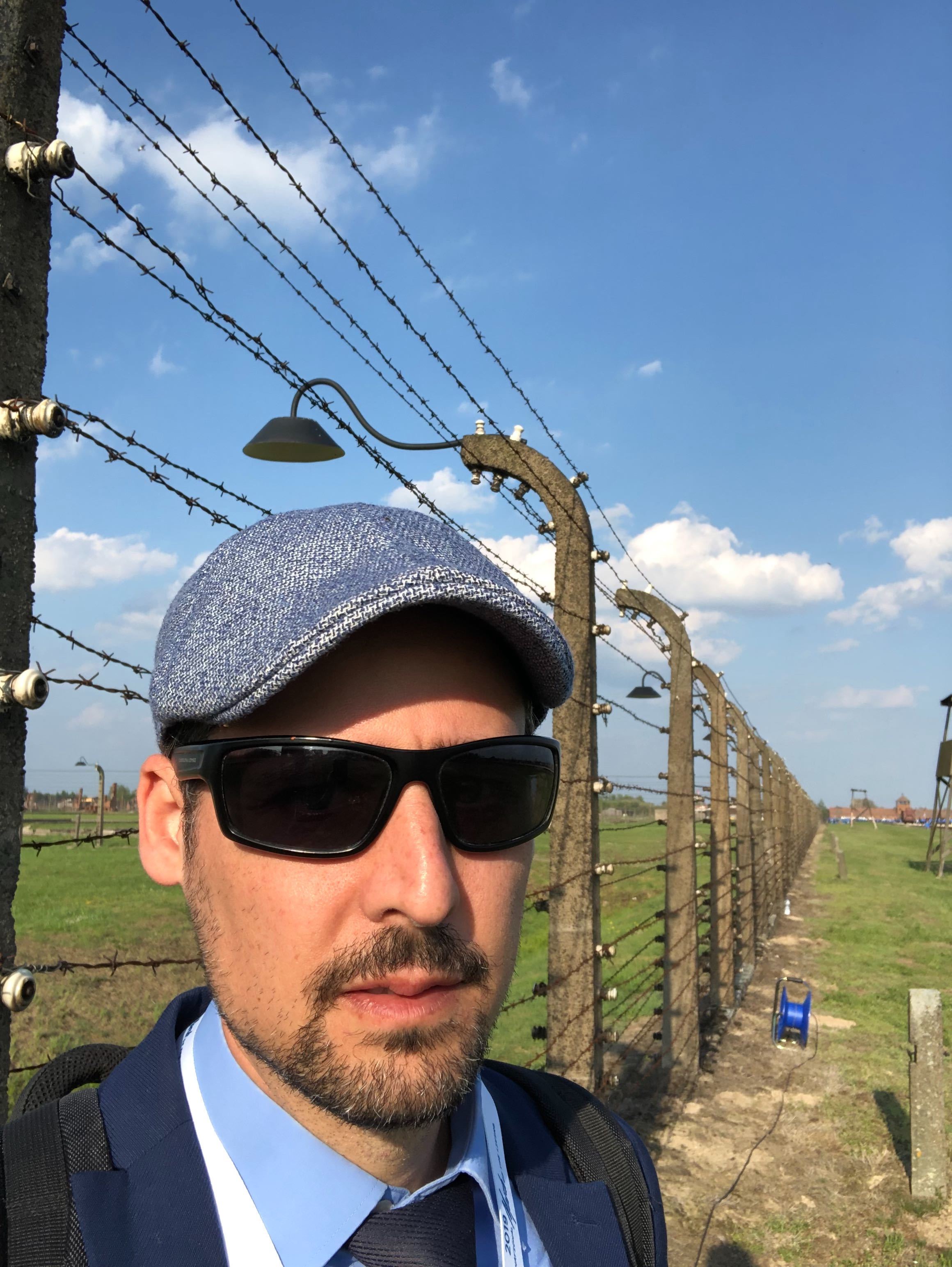 Alex Traiman on the grounds of Auschwitz, May 2, 2019. Credit: Courtesy.

As too many Jews struggle to find meaningful identity in their day-to-day lives, visiting these grounds provides the harshest reminder that others will find our Jewish identity for us, even if we fail to find it for ourselves. The Holocaust is such a striking and singular event in modern human history that the singling out of Jews in such large numbers for extermination leaves any Jewish individual who visits these grounds to feel a direct and intrinsic link to those who were murdered for their race and faith.

Knowing that the enemies of the Jewish people did not distinguish between Jews—affiliated or assimilated, religious or secular, citizen or immigrant—will give pause to those searching to expose cultural or political distinctions today.

The Jews who went through Auschwitz and the other death camps were assigned numbers, instead of names and stories. In retelling the horrors of the Holocaust, we see clearly that each individual Jew alive or deceased possesses his or her own name and complex story. Yet standing in the largest Jewish graveyard—one without even a single headstone—instills that each and every Jew is part of a greater collective that must transcend any individuality or any inherent distinctions between one Jew and another, or any “type” of Jew and other.

Delegations of the March are proud to join together from communities all around the world in a single place on a single day. Each come with their own thoughts, feelings and motivations, but all join in with a common purpose—to march on a single route and to reach a single conclusion: Am Yisrael Chai, “The Jewish people lives.”

In one of the most visceral locations in entire world—the site where hell met earth for a moment in history—the March of the Living does not impress feelings of depression upon its participants. Quite the opposite. The commemoration of our all-too-recent history, our young together with our old, gives not only hope for the future, but great confidence in the present. The march deeply conveys a current reality: That out of the ashes of Holocaust, the Jewish people are once again a thriving and productive people with large and dynamic communities across the world. Furthermore, and more importantly, the State of Israel, born just three years after the conclusion of World War II, is now transitioning into its rightful place as a global superpower and a light unto the nations.

Participants get the clear sense that the State of Israel now serves as the largest concentration of Jews anywhere, with numbers greater than the numbers of Jews who perished during the Second World War. Also understood is the necessary reality that one of the primary functions of the Jewish state is to serve as a guarantee—together with its powerful and agile Israel Defense Forces—that attempts to perpetrate mass crimes against our people will be met with resounding force.

The IDF similarly breaks barriers of division between Jews. When in battle, fighting for the safety and survival of the Jewish nation, political and religious distinctions must and do melt away.

The organizers of the March, particularly Dr. Shmuel Rosenman, chairman of the International March of the Living, and Phyllis Heideman, organization president, are to be commended for their consistent effort, year after year, to bring greater numbers to commemorate those lost in the Holocaust on Yom Hashoah. It provides a powerful experience that leaves an imprint as deep and permanent as the numbers tattooed onto all those who entered these camps.

Take it from one who now knows: Attending this year’s march for the first time, as a third-generation descendant of Polish Holocaust survivors, ranks as one of the most powerful experiences of my life—on the same level as my wedding day and the births of my children. For those who have yet to attend, it is an experience you will never forget.