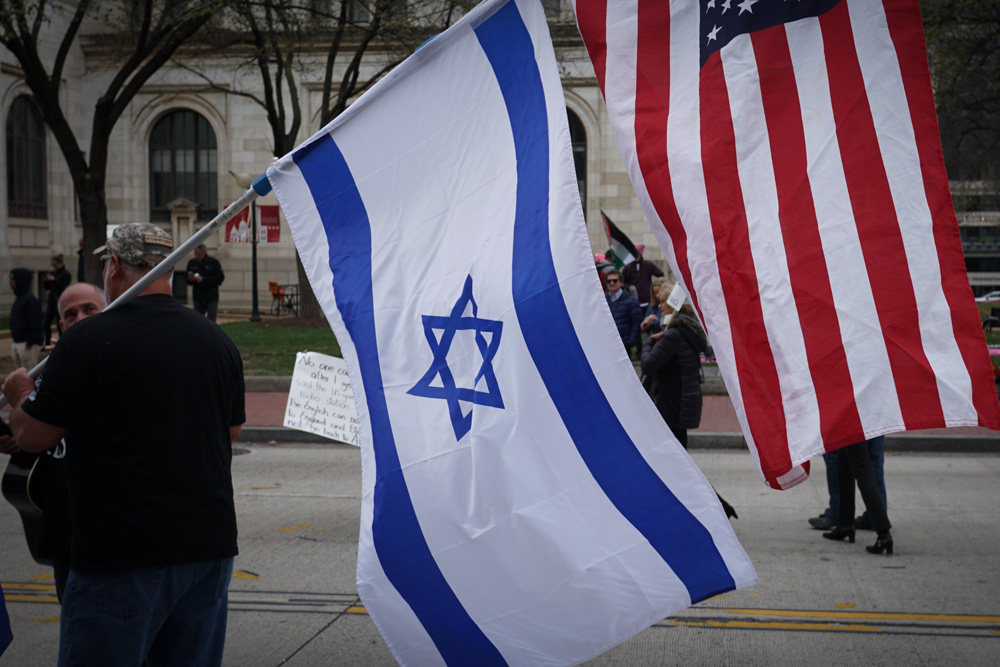 Leo Strauss describes in his classic work “Natural Right and History” how the left came to espouse intolerance as a value:

“When liberals became impatient of the absolute limits to diversity or individuality that are imposed even by the most liberal version of natural right, they had to make a choice between natural right and the uninhibited cultivation of individuality. They chose the latter. Once this step was taken, tolerance appeared as one value or ideal among many, and not intrinsically superior to its opposite. In other words, intolerance appeared as a value equal in dignity to tolerance.”

Strauss goes on to observe that “[l]iberal relativism has its roots in the natural right tradition of tolerance or in the notion that everyone has a natural right to the pursuit of happiness as he understands happiness; but in itself it is a seminary of intolerance.”

Generally speaking, American Jews have long viewed their political and religious diversity as a source of both strength and weakness. It is now a source of intolerance. Consequently, the Jewish community is filled with ignorance and apathy regarding Israel and subject to class-based pressure to be seen as “woke.” This has prompted moves that directly contradict broader communal self-interest.

As we saw during the 2020 election, many American Jews vocally supported Joe Biden and the Democratic Party despite the antipathy towards Israel expressed by many of the party’s candidates and the empowering effects on left-wing anti-Semitism. Biden was to be preferred simply because he was not Trump.

Journalists like Peter Beinart have been name-calling and “outing” anyone to the right of them. This includes just about all of Israeli society, which Beinart believes is “more and more racist”; and the American Jewish community, which in his view rudely “inhabits an insular cocoon” with no compassion for the Palestinians. In June 2017, groups like Jewish Voice for Peace (JVP) launched the “Deadly Exchange” campaign, which aims to “end police exchange programs between the U.S. and Israel.” JVP claims that American Jewish organizations and programs are to blame for police violence against minorities in the United States.

While it is true that no group is monolithic in its politics, American Jews, by and large, have proven willing to put their theological belief system aside in the name of a perceived pluralism that generates intolerance.

Even Herbert Marcuse, celebrated in the media as the “father of the New Left,” identified what he called “repressive tolerance”:

“[T]he practice of discriminating tolerance in an inverse direction, as a means of shifting the balance between Right and Left by restraining the liberty of the Right, thus counteracting the pervasive inequality of freedom (unequal opportunity of access to the means of democratic persuasion) and strengthening the oppressed against the oppressed. Tolerance would be restricted with respect to movements of a demonstrably aggressive or destructive character (destructive of the prospects for peace, justice, and freedom for all). Such discrimination would also be applied to movements opposing the extension of social legislation to the poor, weak, disabled. As against the virulent denunciations that such a policy would do away with the sacred liberalistic principle of equality for ‘the other side,’ I maintain that there are issues where either there is no ‘other side’ in any more than a formalistic sense, or where ‘the other side’ is demonstrably ‘regressive’ and impedes possible improvement of the human condition. To tolerate propaganda for inhumanity vitiates the goals not only of liberalism but of every progressive political philosophy.”

Throughout the U.S. presidential campaign and in the weeks following the election, Biden continued to repeat that he would be a president for all Americans and not just his constituents. Democrats and leftist Jews are breathing a sigh of relief that he was elected, but we are still far from the center.

“I don’t think he has any firm principles. He’s up against the DNC [Democratic National Committee], which runs the party and is basically the Wall Street wing. And if he tries anything progressive, the Supreme Court is there to block it. Trump and [Kentucky Sen. Mitch] McConnell are responsible for staffing the entire judiciary, bottom to top, with far-right justices who can block almost anything progressive that comes along.”

America’s civic nationalism is rarely defended or articulated, even by its advocates, against such selective and cynical rejection of the very idea of the nation as expressed by Women’s March co-organizer Tamika Mallory in her answer to the question of whether Jews are “natives” to their land and whether Israel “has a right to exist.” “I just don’t feel that everyone has a right to exist at the disposal of another group,” she said. Malapropism aside, while “no human being is illegal,” Jews are to be stateless. A telling statement about how tolerated Jews really are.

Strauss’s observation about intolerance appearing as a “value equal in dignity to tolerance” is exactly what we are observing in the American Jewish community today.

This is an edited version of an article that was first published by the Begin-Sadat Center for Strategic Studies.