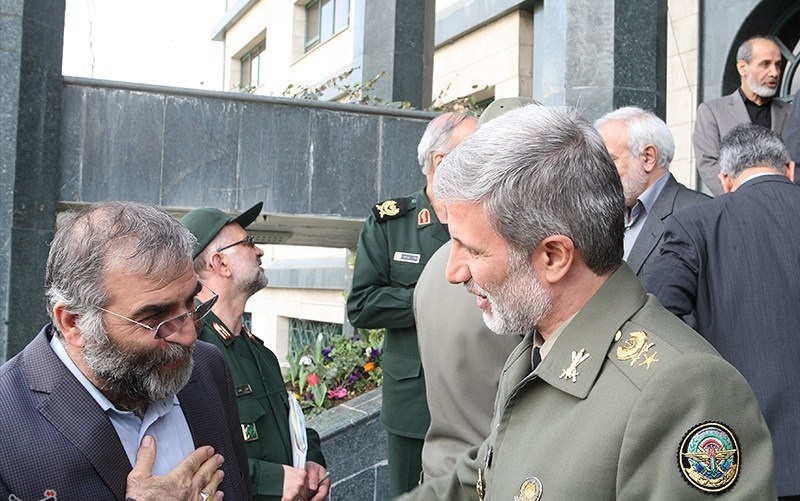 Mohsen Fakhrizadeh is dead. That much seems to be true. But how—and more importantly, why—the Iranian nuclear scientist died is a mystery, despite the venerable London-based Jewish Chronicle publishing a “world exclusive” headlined, “Truth Behind killing of Iran nuclear scientist Mohsen Fakhrizadeh Revealed.” The Chronicle relies on a single anonymous source, making several points that are refuted by history and pictorial evidence.

The Chronicle points to Fakhrizadeh’s leadership on the Iranian nuclear program exposed by the archive that Israel stole from Tehran in 2018. [The single named Israeli source is on this point.] Anonymous Israeli sources believe that Fakhrizadeh’s death in 2020 sets back Tehran’s acquisition of a nuclear weapon by two to five years. But while the archive proved that Iran had lied to the International Atomic Energy Agency (IAEA) and the Obama administration about the status of its nuclear program, the documents themselves end in 2009. Fakhrizadeh, now 60-ish, would likely have become a project manager in the interim, not a working scientist. It is impossible to say whether or not his death would have any impact going forward on a weapons program, but it is reasonable to think that it would be moderately disruptive at most.

A revenge killing is hard to imagine.

Then comes confusion in the story as to how he died.

While the Chronicle story would make a great movie, where is the proof?

There are no named sources for the Chronicle’s claims, and for the most part, the assertions exactly parallel what the Iranian government announced about the assassination with one exception: The government says the gun was satellite-controlled, and the Chronicle disagrees.

Israel, as is its habit in such instances, has remained mum. There is not a scintilla of evidence that there was a remotely controlled one-ton gun, or that Fakhrizadeh died in a hail of bullets from such a gun or any other gun. Or that any gun self-destructed. And the five-year claim directly contradicts known Israeli assessments that Iran is two years or less from having an atomic weapon.

Admittedly, facts are hard to come by.

The single piece of forensic evidence produced by Iran and shown in the Chronicle is a picture of the car allegedly driven by Fakhrizadeh, a Nissan. The car has what appears to be three bullet holes in the front windshield on the driver’s side and a possible fourth bullet hole more to the center. The holes are fairly high on the window. If the scientist was driving, he would have been hit in the head by shots fired from the center of the roadway in front of him. If the photo is indeed Fakhrizadeh’s car after the assassination, he was not hit by the 13 bullets as reported in the Chronicle story.

The first stories in the Iranian press said that Fakhrizadeh was gunned down by men on motorcycles—the modus operandi of assassins who killed two other Iranian nuclear scientists. The one-ton gun story appeared sometime later. If the motorcycle story is true, the shots almost certainly would have gone through the driver’s side window and not through the windshield.

In any event, photos of Fakhrizadeh’s body lying in state show no signs of any bullet wounds in the head.

The Chronicle reports that the one-ton gun was on the side of the road mounted on an “old truck” and remotely operated. If so, it could not have put bullets through the front windshield of the car. And then, according to the Chronicle (and the Iranians), the truck essentially vaporized, destroying all evidence of its existence. Not likely. Bits and pieces would remain and, no doubt, the Iranian government would have been quick to snatch them up and wag them in front of the press.

Neither story is believable; both fail the test of evidence presented. But a believable attack story isn’t the only requirement here. A believable motive is also crucial.

Fakhrizadeh’s wife, allegedly in the car, was not injured. On Iranian TV, she later said that her husband always wanted to be a martyr. What if Fakhrizadeh died of natural causes, and the Iranian government decided to make a story out of it?

For the Iranian government, fabricating an assassination story would provide political mileage, justify attacks against Israel and give Fakhrizadeh his legacy as a martyr. Furthermore, the Chronicle story coincides with an IAEA warning that Iran is making uranium metal, possibly gearing up its weapons program. That would add urgency to the idea of cutting a new deal—a message that certainly works with the Biden administration’s intention to upgrade the JCPOA from which former President Donald Trump withdrew on the grounds of Iranian cheating.

It is more realistic to consider that possibility than the others.

Stephen D. Bryen is president of SDB Partners and a former Pentagon official. Shoshana Bryen is senior director of the Jewish Policy Center and editor of inFOCUS Quarterly.