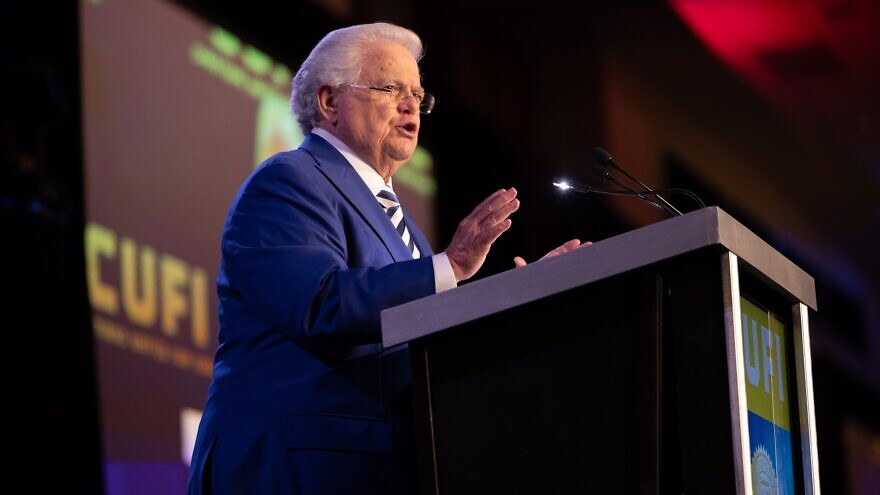 Jews are rarely so uninhibited in their support of Israel as evangelical Christians in the United States, whose support for the Jewish state during the weekend’s Christians United for Israel Summit in Dallas, seemed to be a testament of faith.

The organization’s founder, evangelical Pastor John Hagee, set the tone during his address to more than 700 donors and leaders of the organization in person in a hotel ballroom, as well as general membership who watched a livestream, during the first night of the summit titled “A Night to Honor Israel.”

“Israel is not a political issue,” said Hagee. “Israel is a biblical issue. If you believe the Bible, you will support the Jewish people.”

He said that especially, those who do not believe the 12th Chapter of Genesis do not understand the Bible.

Hagee believes that besides blessing Israel, non-Jews are indebted to Jews and should provide them with material blessings, as the Jews have provided gentiles with spiritual blessings.

“What spiritual things? the Jewish people have given us the Bible. Every word in the Bible was written by Jewish people. They [gave us] the patriarchs, Abraham, Isaac and Jacob,” he said. “They gave to us the prophets. There’s not a Baptist in the bunch; they’re all Jewish people.”

And finally, he said, the Jewish people gave the world Jesus, without who they would not be there at all.

Christian support, he continued, included the recognition of as an eternal, biblically mandated Jewish land. “The point is, the Jewish people today do not occupy the land as the media claims; they own the land and they own it forever,” he said. “I’ve heard theologians say, ‘Well, their reward is heavenly.’ ”

Unlike the pre-pandemic conferences the group held annually in Washington, D.C., which included live choirs singing Israeli music and thousands of energized evangelicals dancing and singing along, this year’s program was a more subdued affair, though the attendees were no less passionate about the topic at hand.

Many were themselves pastors from churches and missions across the country. On the first night of the conference on July 11, the audience hung onto the words of the speakers—most who were Republican politicians—professing their love for Israel.

But Hagee was the main draw with his spirited sermons and preacher’s delivery.

“The fact is that the blessing of blessed Israel brings supernatural blessing to nations, to churches, to individuals who bless Israel and the Jewish people,” he said. “Based on the Bible, I believe that the blessings of God that have been poured out on America since Christopher Columbus discovered what is called America now, looking for a home for displaced Jewish people in the Spanish Inquisition. I also believe the day America stops blessing Israel will be the day God stops blessing the United States of America.”

“Yeah!” responded some members of the audience.

Texas Lt. Gov. Dan Patrick, who followed Hagee’s speech, began by saying that he only agreed to speak that day if he could hear Hagee speak, a sentiment many in the audience agreed with.

Patrick recalled his visit to Israel and spoke about the connections between Texas­—the Lone Star State—and Israel, whose flag also features a single star. 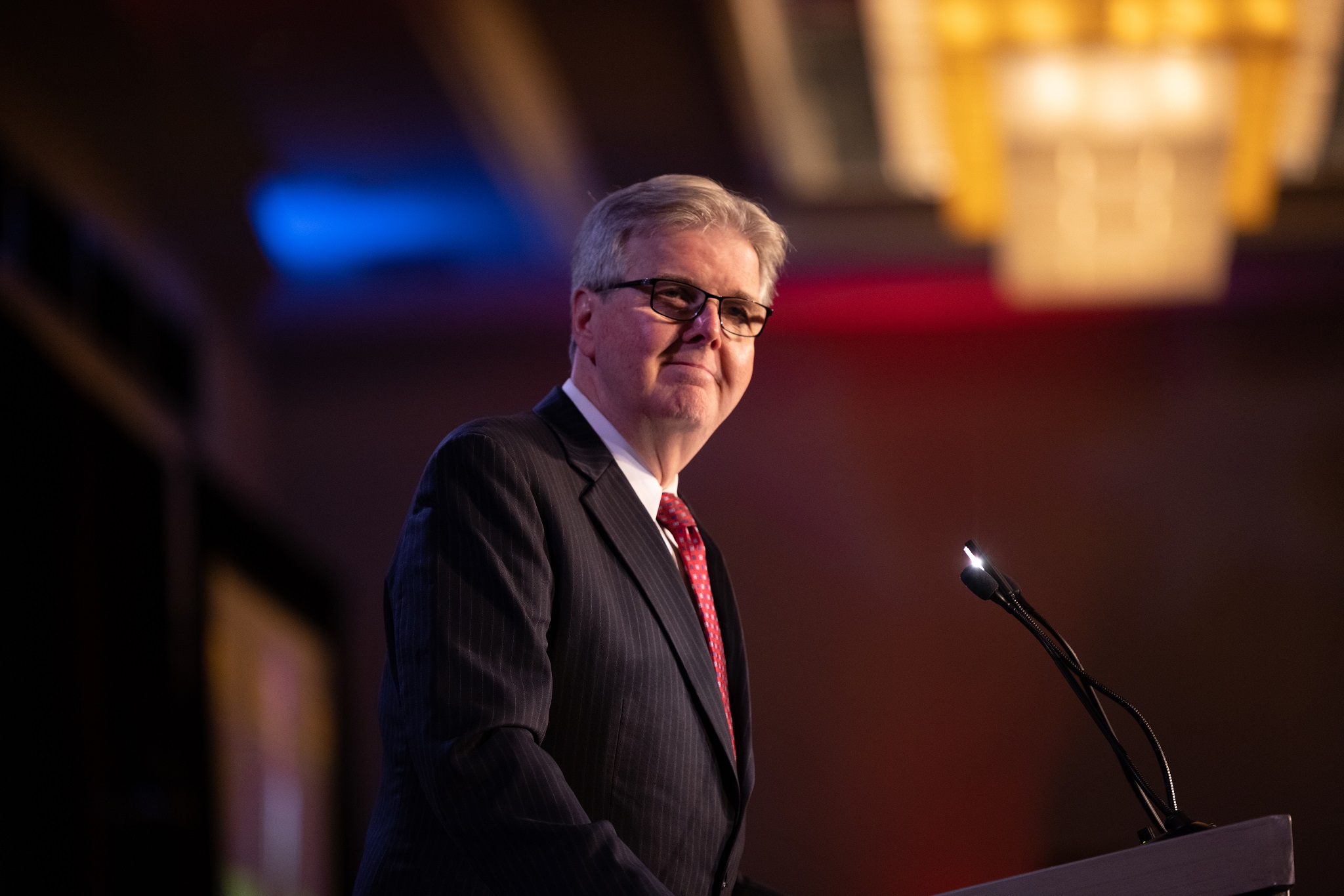 He was followed by Sen. Ted Cruz (R-Texas), who spoke about the differences between the Trump administration’s policies towards Israel as opposed to those of the Biden administration to an audience that opposed policies such as re-establishing a Palestinian consulate in Jerusalem and re-entering the Iran nuclear deal.

‘The height of hypocrisy and insanity’

Former U.S. Ambassador to the United Nations Nikki Haley was the final speaker of the night, whose pro-Israel positions at the world body made her a celebrity among the attendees.

Even Cruz, a potential 2024 opponent of Haley’s if both decide to contest the Republican nomination and whose speech largely focused on recounting his involvement in consulting the White House on some of the Trump administration’s most pro-Israel policies, complimented her work on behalf of Israel.

Patrick also said that the combination of Donald Trump as president and Haley as his ambassador did more for Israel than any previous administration in American history.

In June, Haley was a guest of Hagee’s on a solidarity visit to Israel in the wake of the conflict between Israel and Hamas. 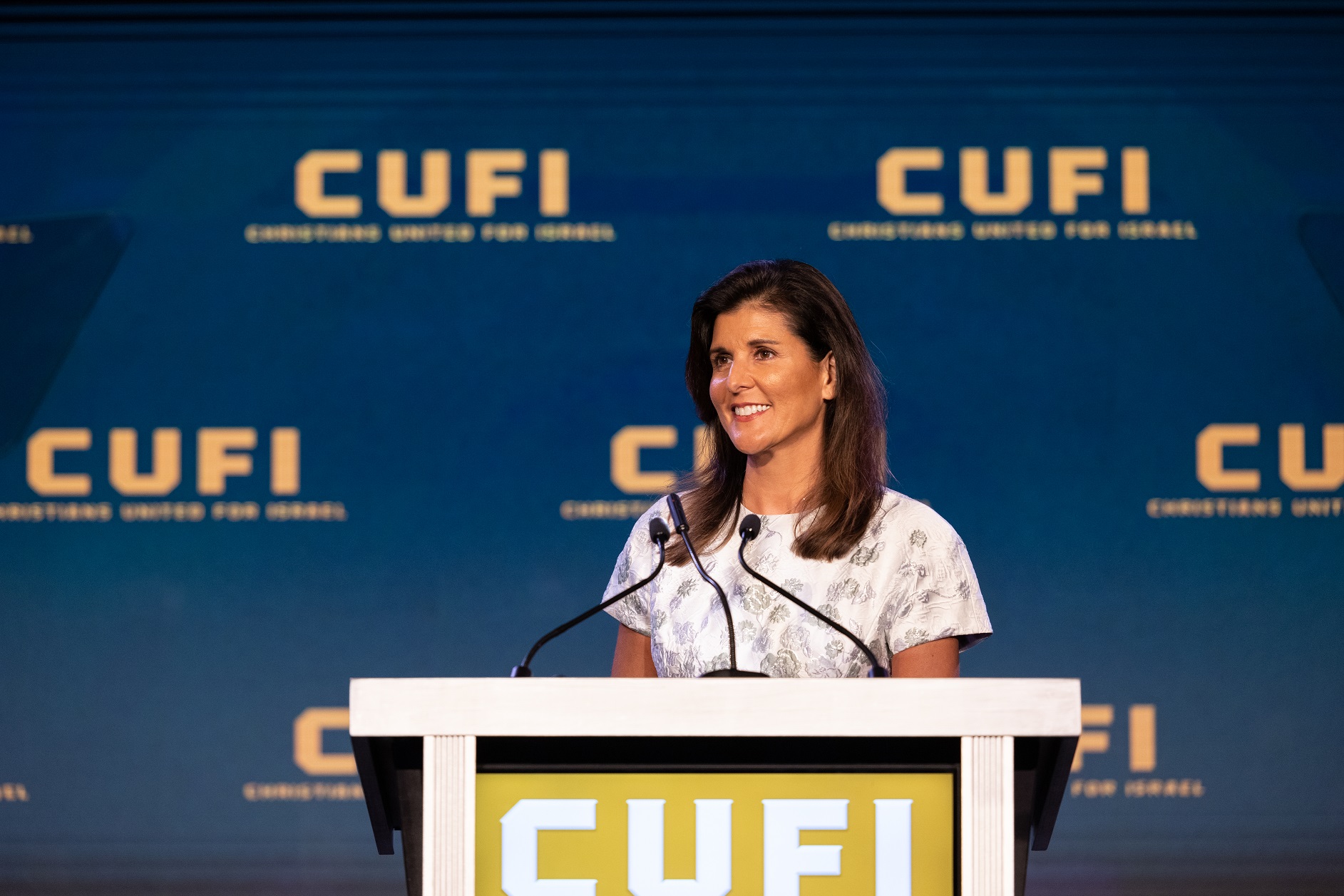 “I saw the moment I set foot on that hallowed ground—Israel stands strong. The Israeli people stand strong. Because you cannot destroy what God has blessed. And God has blessed Israel and her people,” said Haley. “I saw this truth as we traveled the country. The spirit of the Israeli people is as contagious as ever. They continue to live each day like it’s their last.”

She also recalled how moved she was when she visited the site where a Hamas rocket killed an elderly man and spoke to a neighbor who showed her the spot where she stood to protect her grandchild during the explosion, her hair remaining in the plaster on the wall.

Haley also spoke of her frustration while working in the United Nations trying to combat its anti-Israel agenda.

“During my time as ambassador, I led the fight to fix that failed body. I reminded everyone that the [U.N. Human Rights] Council is stacked with human-rights abusers—Communist China, Communist Cuba, Russia, Venezuela—it’s a ‘who’s who’ of genocidal maniacs, murderous thugs and tin-pot dictators,” she said. “It’s bad enough that these dangerous regimes use the council to cover up their own crimes. It’s even worse that they spend their days going after the free and democratic country of Israel.

“To this day, the Human Rights Council has a permanent agenda item with the sole purpose of bashing Israel. It’s the height of hypocrisy and insanity, and it shows how broken the council really is.”

She said that while she was contemplating leaving the council, a European ambassador told her that the United States had to remain a part, as it’s the last shred of credibility the council had. And that, she recounted, only encouraged her to go to the president and request to remove the United States from the council, which she called a farce.

The Biden administration is planning to rejoin the council, which recently launched an investigation into Israel war crimes in its engagement with Hamas.

“America is sending the worst possible signal,” said Haley. “The freest country in human history is lending legitimacy to the most oppressive regimes on the planet. And America is doing it in the name of human rights. It doesn’t get more backward than that. Here’s the truth that the Biden administration needs to hear: If you support human rights, you must oppose the U.N. Human Rights Council.”