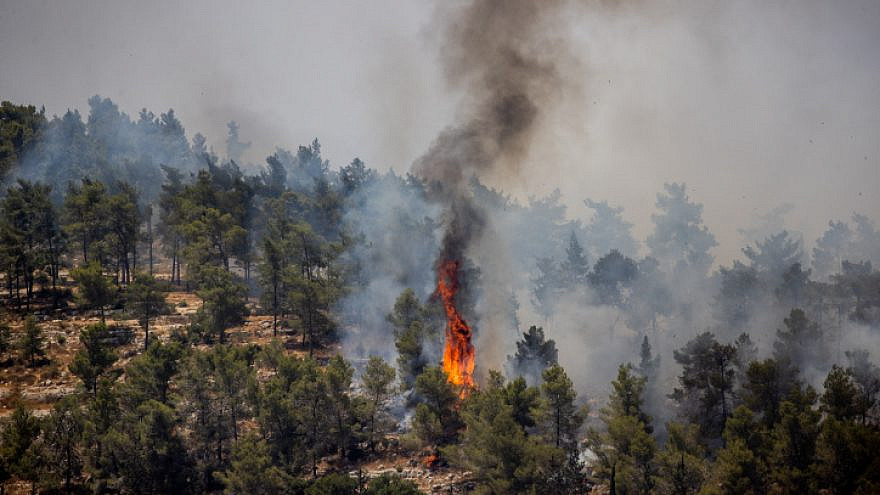 Israeli fire authorities suspect that arson is behind the massive forest fires that erupted near Jerusalem and in Samaria on Wednesday.

“The motive could be nationalistic,” Jerusalem Fire and Rescue Services District Commander Nissim Twito told Channel 13, pointing to previous fires and the many cases of Molotov cocktails having been thrown in the area.

National Fire and Rescue Authority commissioner Dedi Simchi told the news outlet that the fires were likely ignited, as there had been no lightning showers that day, and that the hot and dry June weather, combined with strong winds, contributed to their spread.

More than 70 firefighting squads and 12 firefighting aircraft took part in the effort to contain the fires throughout Wednesday night and Thursday morning.

According to Ynet news, some 2,650 dunams (650 acres) of forest land at the Har Haruach national park, where the fires first broke out, were burned down, though there were no initial reports of injuries or property damage.