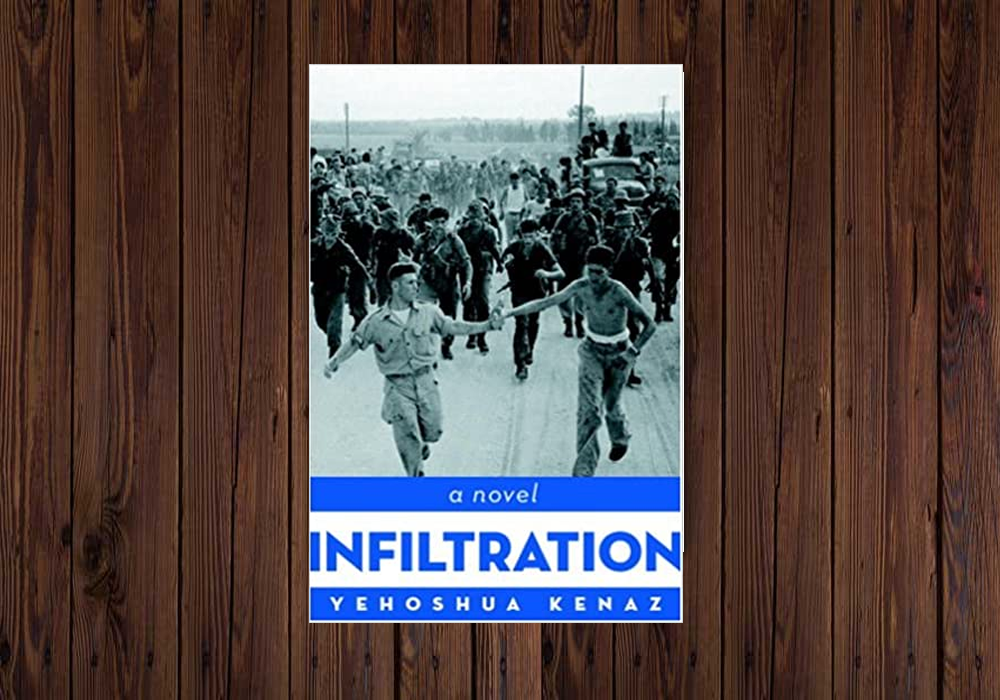 The death a few months ago of Israeli author, Joshua Kenaz, led to renewed interest in his work, and impelled me to read this book (published by Am Oved in 1986). For me, reading a novel in Hebrew involves embarking on an enterprise that I know in advance will tax my patience and ability to persevere, especially as in this case the book comprises some six hundred pages of closely-printed Hebrew text. However, I decided to stick the course and acquaint myself with the writing of someone who is considered to be a bulwark of contemporary Israeli literature.

I was not disappointed. The book describes the lives and characters of a group of young conscripts, newly recruited to the Israeli army (IDF), the interaction among them, their conflicts, friendships and animosities, as well as the rigorous training regime they are obliged to undergo. In fact, the group of some thirty eighteen-year-old youngsters is a microcosm of Israeli society in the mid-1950s, the period in which the book is set, and reflects the various socio-political values and tensions that prevailed at the time (and in some respects still do).

At first I found it difficult to distinguish between the various individuals, whose differing mental and physical characteristics come to the fore only in the course of their time together as they undergo military training and the harassment, abuse and bullying they are forced to endure from one another and their officers. Gradually we become acquainted with two main groups: youngsters from established, Ashkenazi homes, some of them from Jerusalem though there is also one from a kibbutz in the north, and youngsters whose parents or they themselves have immigrated from one of the countries of North Africa and who are based in temporary housing designated for new immigrants. The efforts of each group to assert its cultural identity lead to clashes on an individual and collective basis, sometimes even deteriorating to violence.

But gradually ‘exceptions’ emerge, individuals who either by accident or design manage to bridge the gap between the two groups, forming alliances with one sub-group or another, whether on the basis of a love of classical music or an act of friendship or bravery during the training process. In some cases the reader gets a glimpse of the home environment and inner mental processes of certain individuals, while with regard to others the description is more remote (the ‘omniscient narrator’ device). At times this can be confusing, and because there is not always a typographical or textual indication of the switch from internal to external narration, I sometimes had to go back and reread a paragraph or two to get my bearing. The author also descends (ascends?) to a certain amount of general philosophizing in the course of the book, which I personally found unnecessary and less interesting. However, at various points in the book I found myself wondering whether my own children and/or grandchildren have had to endure similar experiences, and feeling pity and chagrin in case they had.

But apart from the frequent shifts in the narrative flow of the book, I found it interesting, insightful and illuminating. Kenaz has a keen ear for the speech patterns of young Israelis, whether newcomers or Sabras, and conveys them – grammatical errors and all —  in a convincing manner. I think the book would have benefited from having an editor to weed out unnecessary wordiness, but all in all I recommend it for the way it presents a portrait of Israeli society, its younger generation, their hopes and dreams, similarities and differences, while presaging the future development of that society.

Incidentally, after finishing the book, I found that it has been translated into English (by Dalia Bilu), which I’m sure was no easy task. Nevertheless, I’m glad I made the effort to read the Hebrew original, and think that it would be a good idea for all young Israelis to read it.