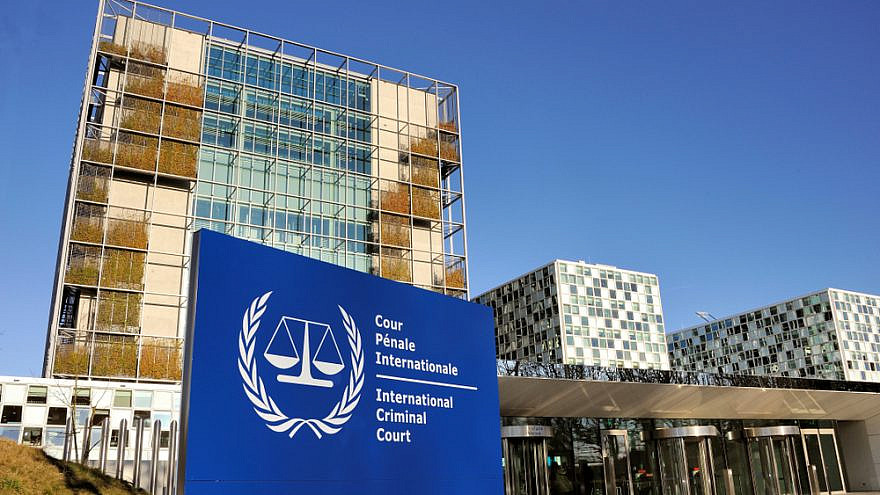 Saying he is “appalled and shocked” by the war-crimes accusations made by the International Criminal Court against Israel, Josh Reinstein, head of the Israel Allies Foundation (IAF) and the Knesset Christian Allies Caucus (CAC), noted that it is “even more egregious since [the ICC] was started to stop atrocities like the Holocaust and rampant anti-Semitism.”

Instead, he said, it is now “being used to demonize the one Jewish state in the Middle East.”

IAF brought together faith-based advocates and legislators from around the world on Tuesday for an online discussion of how representatives can lobby their governments to fight the recent decision by the ICC to investigate Israel for alleged war crimes.

“We’re seeing incredible support from Eastern Europe, but some of the Western European countries have really taken a harsh stance when it comes to Israel,” said Reinstein. “We’re not going to let the one Jewish state be singled out.”

IAF works with the U.S. Congress and parliaments around the world to mobilize faith-based support for Israel. According to its website, IAF believes Israel “has the right to exist in peace within secure borders with Jerusalem as its indivisible, eternal capital.”

‘Jewish nation is being put on trial’

Eugene Kontorovich, director of the International Law Department at the Kohelet Policy Forum, said the ICC “has now been turned into a biased, anti-Semitic forum for making sure Jews don’t live in places where some people don’t want them to live.”

Kontorovich said the investigation of Israel has “crossed so many red lines” and is the “only ICC matter that involves investigating a non-member state at the behest of a member which is not a state.”

“That shows you how weird and absurd the situation is,” he said.

According to Kontorovich, the drafters of the Rome Statute simply cut and pasted the definitions of war crimes from existing documents except for one definition.

Nonetheless, he continued, it wants “to create a new crime simply for Israel, to use the ICC as a tool for punishing Jews for living in Judea and Samaria,” he said. “So they created another entirely new offense. That is why the United States and Israel did not join.”

Kontorovich slammed the ICC for ignoring mass atrocities and instead focusing on “Jews living in the Jewish Quarter of Jerusalem in places that have been part of the Jewish historical homeland forever.”

“By doing this,” he said of the ICC, “they seek to delegitimize Israel.”

“Courts have been used as vehicles for spreading anti-Semitism in the past,” he noted. “Merely because it is a judicial proceeding does not mean it has any presumption of regularity. Today, not just one Jew, but the entire Jewish nation is being put on trial.”

Kontorovich suggested attacking the ICC over its “perceived legitimacy” and called on IAF members to lobby their governments to threaten withdrawing membership “because membership is the source of its strength. It is the only language that it understands.”

Australian Parliament member Stuart Robert addressed the forum, saying his country “does not consider Palestine to be a nation.”

“We do not consider it to have standing within the Treaty of Rome, and therefore, our stated view is that the ICC and the pretrial committee has zero jurisdiction to consider such a matter because Palestine does not exist,” he said.

Israeli Knesset member Sharren Haskel, chairperson of the CAC, noted that the ICC was set up in 2002 to bring justice to those responsible for the worst crimes against humanity, adding that “there are countless actual attempts of genocide happening right now around the world … unfortunately, there are multiple opportunities for the ICC to examine war crimes within its member states.”

“But the ICC has chosen to ignore these war crimes within its jurisdiction and instead focused on Israel,” she said. “These types of double standards are blatant anti-Semitism.”

“Last time I checked a map,” she said, “there was no such state as Palestine. So the ICC certainly does not have the authority to create this state and draw territorial boundaries in order to suit their purposes of delegitimizing Israel.”

‘Palestine cannot be considered a state’

Michaela Marksová Tominová, deputy foreign minister of the Czech Republic, said “it is generally accepted that under customary international law, the existence of statehood presupposes fulfillment of several basic requirements, such as a permanent population, defined territory, a government and capacity to enter into relations with other states.”

“The Czech Republic does not believe that Palestine has fulfilled all of the above criteria for statehood under international law,” she said. “Concerning bilateral relations, the Czech Republic has not recognized Palestine as a state.”

European Union Parliament member Bert-Jan Ruissen said “we stand shoulder to shoulder with Israel. We shall never be silent when we see Israel is being treated unfairly. We distance ourselves clearly from the ICC decision.”

Ruissen accused the ICC of crossing its own boundaries “since it is clearly ignoring its own mandate.”

“The ICC does not have universal jurisdiction,” he said, adding that it can only apply jurisdiction in the territory of a member state, “and Palestine cannot be considered a state.”

“We urge the ICC to respect its own mandate instead of following a politically motivated agenda,” he said.

“It is anti-Semitic, and it is illegitimate,” he said. “The fact that the ICC targets Israel, which is the freest and most liberal nation in the Middle East, really says more about the ICC than its ridiculous charges say about Israel.”

He promised to track developments as they relate to the Biden administration and said, “If in any way they waver in their opposition to the ICC, I will be leading the charge in Congress and there will be many of us, both in the House and Senate, I believe even a majority, who will oppose any support that might be given to the ICC by the United States.”

“We are watching closely to see specific and concrete actions. We hope and believe that Biden will not support the ICC in this matter,” he said.