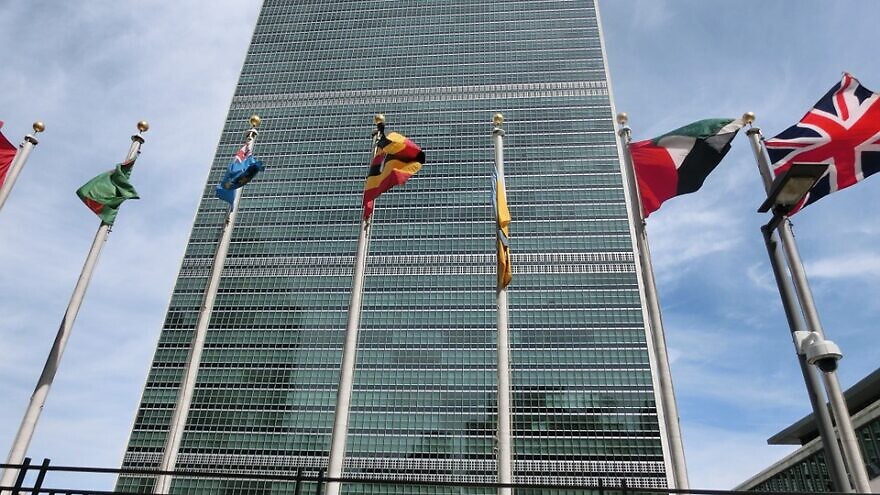 A new report by pro-Israel NGO Im Tirtzu reveals that over the last five years, U.N. agencies have funneled at least $40 million to radical anti-Israel groups, some with terror ties. It also offers a prescription: a Taylor Force Act applied to the United Nations.

Passed by Congress in 2018, the Taylor Force Act, named after a U.S. war veteran and graduate student killed by a terrorist while visiting Israel, conditions U.S. aid to the Palestinian Authority on its halting payments to terrorists. The P.A. puts such a high premium on these payments that its leader, Mahmoud Abbas, said in July 2018: “If we are left with one penny, we will spend it on the families of the prisoners and martyrs.”

The law led the Trump administration to cut more than $200 million to the P.A.

Eytan Meir, Im Tirtzu’s director of external relations and development, tells JNS that a U.S. law holding the U.N. accountable for funding malevolent NGOs will lead the United Nations to become more transparent and take greater care in its review of its “implementing partners,” the U.N.’s term of art for organizations to which it channels funds to carry out in-country projects.

Ties to terrorism and the BDS movement

Anne Herzberg, legal adviser of NGO Monitor, an Israel-based group that promotes accountability of NGOs and has produced dozens of analyses on U.N. funding, said a U.N. Taylor Force Act is a “good idea.”

“We’ve also suggested it in our reports that money to the U.N. should be blocked if it’s going to be used for terror-linked partners,” she tells JNS.

More than a third of the Palestinian groups (eight of 19) identified in the report, titled “The United Nations’ Funding of Radical Anti-Israel Organizations,” have ties to terrorism. Virtually all of them support the BDS movement that calls for boycotts against Israel.

Meir notes that in July 2019, the U.S. House of Representatives overwhelmingly passed a resolution against BDS (398-17) with numerous U.S. states passing their own anti-BDS laws. “It’s the general consensus that BDS is not something that America supports. But then you have all this money going towards BDS.” 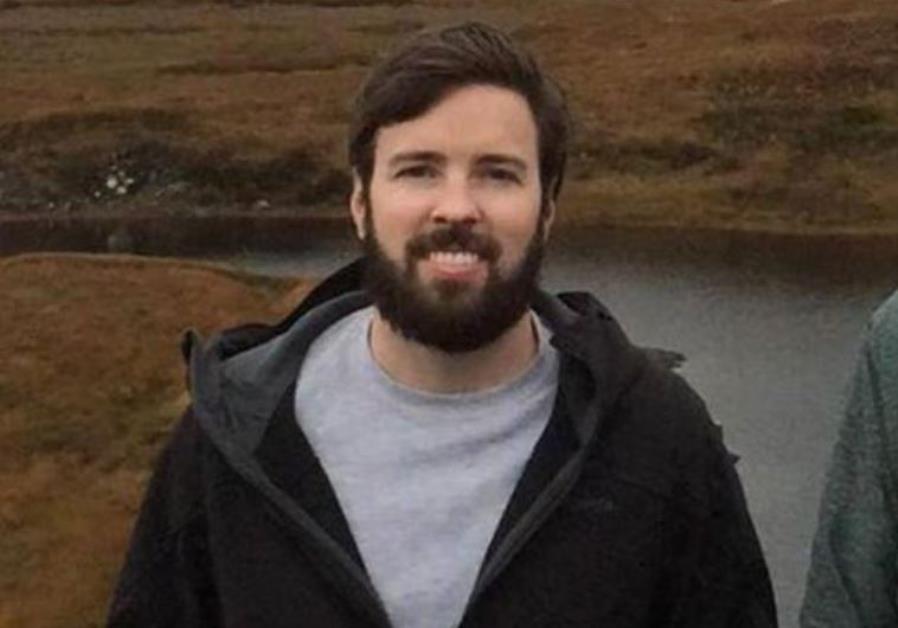 Former U.S. serviceman Taylor Force, who was stabbed and killed in March 2016 by a Palestinian terrorist in Israel. Credit: Facebook.

To identify the nature of the NGOs receiving money, the report relied on work by the U.S. Agency for International Development (USAID) and Israel’s Ministry of Strategic Affairs and Public Diplomacy, whose February 2019 report “Terrorists in Suits” detailed the links between terror groups and anti-Israel NGOs. The ministry told JNS that it has brought attention to “the U.N.’s financial support of Palestinian NGOs with ties to internationally designated terror organizations throughout the years. … The Ministry calls on the U.N. to cease any and all support it still provides to Palestinian ‘human rights’ NGOs which instead of protecting human life, seek to end it through their continued ties to terror groups.”

Most of the NGOs on the list sound innocuous, like the Agriculture Development Association, Women’s Affairs Center and the Palestinian Center for Human Rights. Yet all have been linked to promoting BDS. The last has ties to two terror groups, Hamas and the Popular Front for the Liberation of Palestine (PFLP). These three NGOs alone collected more than $5 million from U.N. agencies between 2016 and 2020.

“They all have nice names, but then you look into what they do. One of these groups is an environmental group; you think, ‘Great, they want to improve the environmental situation in Gaza.’ Then you go on their website and see their videos, and they’re all dedicated to attacking Israel, to accusing Israel of everything under the sun, and that’s essentially what all these groups are doing,” said Meir.

Herzberg noted that the groups listed in the report support a one-state solution—that is, “Palestine” in place of Israel, meaning the United Nations is channeling money to groups that contradict its own position. “The U.N. framework is two states for two peoples, and I don’t think any of those groups support that.”

The United Nations channels funds to the NGOs primarily via three agencies: the Office for the Coordination of Humanitarian Affairs (OCHA), the U.N. Development Programme (UNDP) and UNICEF (United Nations Children’s Fund).

The agencies are not always transparent about where they’re sending the money they receive from donors, stated Meir, noting that OCHA is “the worst in documenting where things are going.” The report includes a screenshot of a 2018 OCHA grant. Under “implementing partners” it lists “N/A” (not available). In some cases, OCHA listed the implementing partners but not how much money each received.

JNS reached out to all three agencies for comment but received no reply. 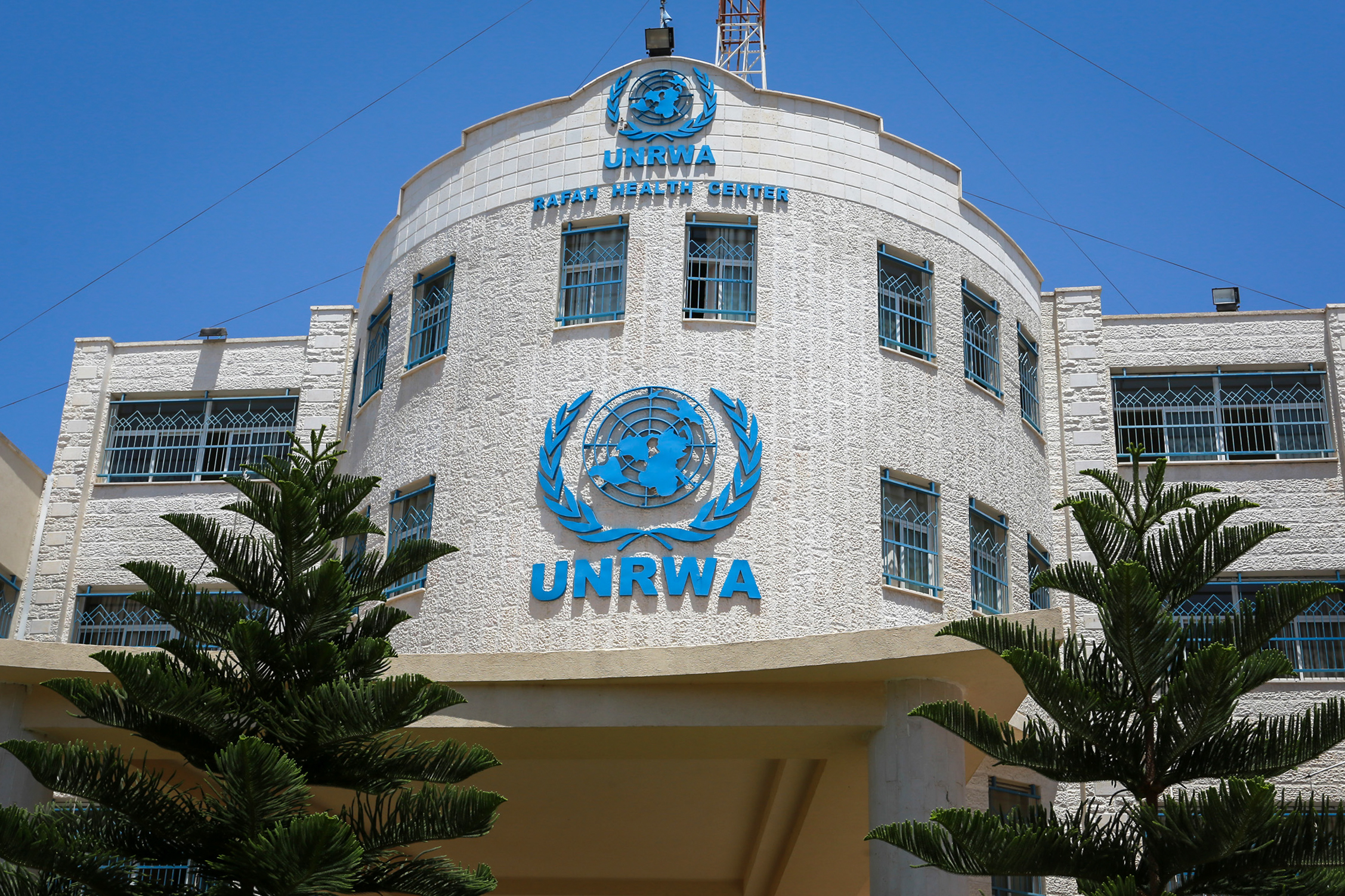 A view of the United Nations Relief and Works Agency (UNRWA) building in Rafah in the Gaza Strip on July 26, 2018. Photo by Abed Rahim Khatib/Flash90.

‘The bigger issue is the Europeans’

Herzberg said it’s important to point out that the U.N. agencies are not supplying the money. The U.N. agencies act more as a “clearinghouse,” directing money from a donor to an ostensibly humanitarian project within the region. Sometimes, the money comes from a country, like Canada or the European Union, “which I think is really important because the funders are the people who need to be held accountable.”

In most cases, U.N. agencies aren’t picking the projects either, said Herzberg. They rely on a group called the Humanitarian Country Team (HCT), described by OCHA as a “forum of humanitarian organizations operating in the occupied Palestinian territory (oPt).” The HCT is comprised of U.N. agency heads and two NGO umbrella groups, one of which is the Palestinian NGO Network (PNGO). PNGO refused to sign an anti-terror clause, which is a condition of U.S. government funding. In 2007, PNGO launched a boycott against USAID when the group introduced updated anti-terrorism procedures. Nine of the 19 groups listed in the Im Tirtzu report are members of PNGO.

OCHA’s website description of PNGO is at odds with reality: “The Palestinian NGO Network (PNGO) seeks to support, consolidate and strengthen Palestinian civil society on the basis of the principles of democracy, social justice and sustainable development.”

The Palestinians are basically the ones choosing the projects, says Herzberg, and they have no trouble working with terrorists. “Almost all the so-called human-rights NGOs—they’re part of the PFLP [Popular Front for the Liberation of Palestine]. I think it was in the 1990s a deliberate strategy by the PFLP to set up these NGOs as a good way to do propaganda and perhaps also to funnel money to themselves.”

Herzberg noted that the role of the United Nations is important because it gives the donor governments some plausible deniability: “Oh, it’s a U.N. project” is a response to deflect criticism.

With the U.N. funding process ripe for reform, the question is whether the Biden administration will be open to a Taylor Force Act, particularly as it has rebooted funding to the U.N. Relief and Works Agency for Palestine Refugees (UNRWA), the biggest source of humanitarian aid for the Palestinians and one that has been widely criticized for corruption.

Meir said it’s unlikely, though Herzberg is more optimistic. “With UNRWA, they’ve wanted to increase the oversight. [U.S. Secretary of State Antony] Blinken made a speech about that not too long ago. And certainly, it’s an issue for members of Congress. So I do think they’d be amenable to it.”

“The bigger issue is the Europeans. You could have U.S. legislation, but a lot of the money comes from Europe and from individual European governments,” said Herzberg. Even in Europe, which is so “wedded” to the idea of NGOS that “they don’t even look at the outcome or the product of what they’re funding,” progress can be made through “naming and shaming,” she added.

“When you actually expose how the money is being used to the parliaments back in Europe, people are usually pretty shocked,” she said. “They just had no idea their money was going to those types of programs or counterproductive initiatives, and oftentimes, they’ve been very embarrassed because many of the groups have ties to terror groups.”

Following such exposure, she continued, “generally, they start taking a closer examination, and that’s a good way to end the funding.”