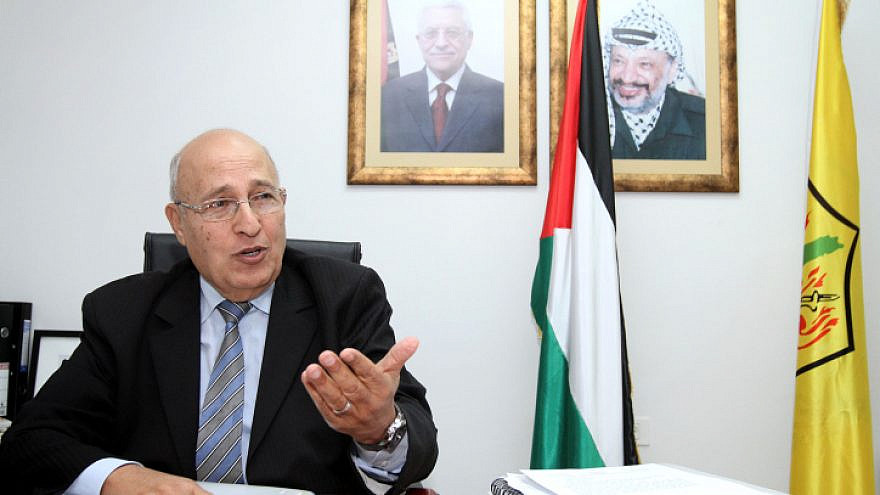 A senior adviser to Palestinian Authority leader Mahmoud Abbas has said that Palestinian elections will be delayed if Israel does not allow voting in eastern Jerusalem, Lebanese media reported on Tuesday.

“If Israel continues to not respond [to requests that voting be allowed in eastern Jerusalem], we will delay the elections,” Nabil Shaath told Lebanese newspaper An-Nahar, in comments translated into Hebrew by Walla News.

“The elections will not be held without Jerusalem,” he added.

Elections to the Palestinian Legislative Council and Palestinian Authority presidency are scheduled for May 22 and July 31, respectively. The Gaza-based terror group Hamas is running a unified party list, while three other party lists affiliated with Abbas’s Fatah faction have formed, reflecting deep splits in the movement.

Since the election dates were first announced in January, concerns have been raised that Israel would not allow voting in eastern Jerusalem due to Hamas’s participation. According to P.A. Civil Affairs Minister Hussein al-Sheikh, Israel said it would not make a final decision on the matter until after its own elections on March 23.

In late 2019, Abbas postponed elections when Israel failed to respond to an appeal on this issue, declaring that holding them without Jerusalem was tantamount to giving up the Palestinian claim to the city.