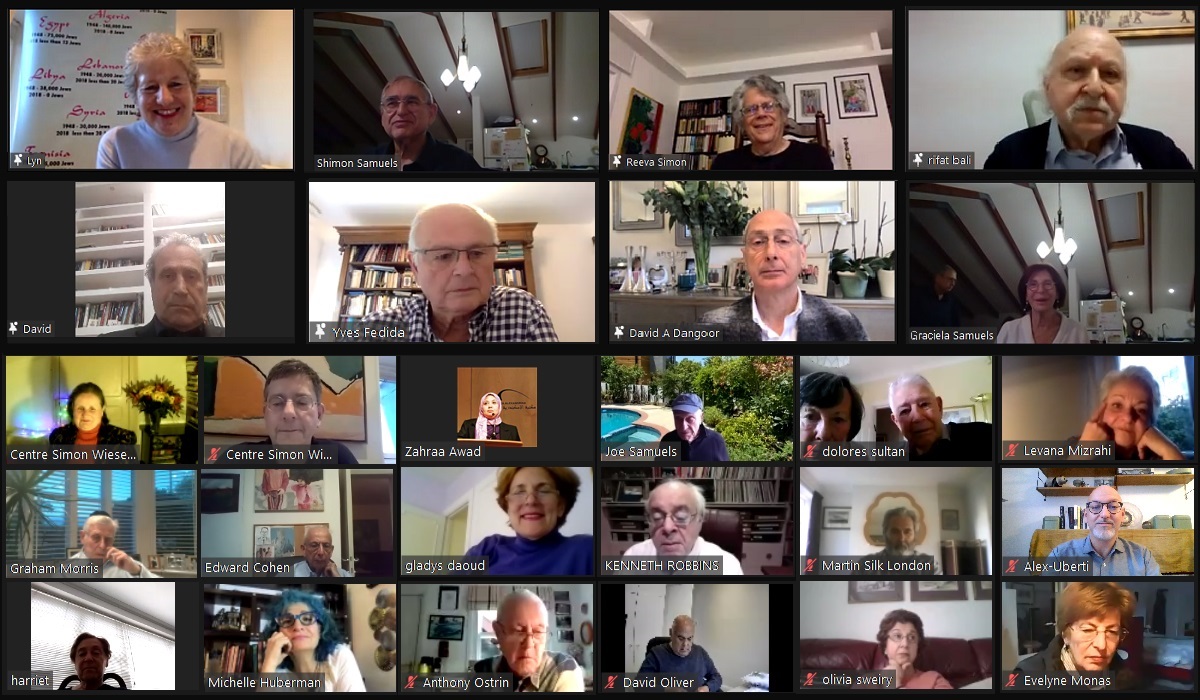 “What if the Desert Campaign had gone wrong?… The Jews from the Maghreb – through Anatolia and the Levant – to Persia, would not have survived!”

Paris and London, 14 May

The Simon Wiesenthal Centre-UK and Harif, the UK-based Association of Jews from the Middle East and North Africa (MENA) joined forces in a Zoom meeting to expose the little known history of MENA Jewry’s suffering during the Holocaust.

Opening the Zoom, Shimon Samuels, Director for International Relations of the Wiesenthal Centre, speaking from Tel Aviv, warned that in the case of a rocket siren he would leave for the shelter. He requested that Lyn Julius take over until his return. Samuels, born two weeks after V-E Day in London, recalled his childhood obsession with water. “30 miles of Channel Water saved the 330,000 British Jews listed for extermination in the Wannsee Protocol…”

Samuels continued, “Another ‘what if’ factor in history coincides with the date chosen for this Zoom. On 13 May 1943, Nazi Germany Afrika Korps signed their surrender in Tunis. What if the Desert Campaign had gone wrong?… The Jews of North Africa would not have survived Vichy France and the German Einsatzgruppen, the Jewish ‘Yishuv’ in Mandate Palestine would have suffered the Grand Mufti Amin al-Husseini’s calls from Berlin for an ‘Intifada’ and the genocide of all Jews.”

Lyn Julius, daughter of Jewish refugees from Iraq, is a journalist and founder of Harif. Her book, “Uprooted: How 3,000 years of Jewish civilization in the Arab world vanished overnight”, was published in several languages and is soon to appear also in Arabic.

Julius presented the growing activity of Harif, bringing together Jews from MENA, in particular those who had suffered dispossession, violence, humiliation and exile. She related “the situation of the Syrian and Iraqi Jewish communities who, already prior to WW2, had seen the rise of pan-Arab nationalism inspired by Nazism and religious fundamentalism, illustrated by the Ba’ath Party’s slogan ‘In Heaven Allah, On Earth Hitler!’. In 1941, the anti-Jewish pogrom (Farhud) by rioters in Baghdad killed over 180 Jews, with thousands wounded, homes and shops destroyed.”…

“The thinly stretched British forces managed to hold the Levant also thanks to the Jewish volunteer battalions. Nevertheless, having avoided the Holocaust, the Jews suffered in its aftermath, with the rise of antisemitic nationalist parties to government. 70% of the Jewish community fled to Israel by 1950… today only three Jews live in Iraq.”

Reeva illustrated “the particular geopolitical situation of an independent and neutral Iran prior to WW2, where German trade and espionage were very active. During the War, Iran became an escape route for East European and Soviet Jews, helped by the ancient local Jewish community.” She then explained how Algeria, governed by Vichy France, “was subject to harsh anti-Jewish aryanization policies – from dispossession of rights and property to forced labour camps – that lasted even a year after liberation by Allied forces.”…

“The situation of Morocco was quite different, thanks to the divergent territorial jurisdictions and the protection of King Mohammed V. Though some Jewish demobilized troops or European refugees were interned or forcibly enrolled in the trans-Saharan railroad, most local Jews survived unharmed. Many of these families still live peacefully in Morocco today.”

David Meghnagi was born in Libya in 1949 and moved to Italy in 1967. A Clinical Psychologist and Chair of Holocaust Studies at Roma Tre University, he is also President of Research on Modern Jewish Civilization and Israel Studies.

Meghnagi explained how, “after the relative tranquillity under Italian rule, the arrival of the German Afrika Korps, the fluctuating battlefront and the rise of Arab nationalism, severely affected the fate of the different Libyan Jewish communities. Many Tripolitania Jews were deported, through Tunisia and Italy, to Bergen Belsen, whereas the Cirenaica Jews ended up either in the harsh desert internment camp of Giado – where many died – or managed to join British forces and fight against the Axis. Instead European Jewish refugees were easily rounded up and sent to concentration camps in Italy.”…

“In Tunisia, the local Tuansi Jews suffered Vichy and Nazi bullying, whereas the Grana Jews – Sephardis immigrated from Livorno – benefitted from some form of Italian protection. Nevertheless, after 1943 and until the pogroms of 1948, some Libyan anti-colonial Muslim nationalists adopted propaganda tropes such as identifying Hitler with the Mahdi, engendering consequent violent antisemitism.”

Yves Fedida, born in Alexandria in 1945, his family was expelled from Nasser’s Egypt in 1956, following the Suez Crisis. In 2002, he co-founded the Association Internationale Nebi Daniel for the preservation of Jewish religious and cultural heritage in Egypt.

Fedida illustrated how, “at the eve of WW2, the 2,500 year-old Egyptian Jewish community fought against propaganda, infiltration and recruitment of local Muslim nationalists by Nazi agents. At the outbreak of hostilities, many Egyptian Jews joined the British armed forces also as a bulwark to defend the Holy Land from advancing Axis troops.”…

“After the War, the Egyptian Jews aided clandestine immigration to Israel and the preparation of its defence in view of the imminent independence. Meanwhile, post-War nationalist egyptianization – supported also by German Nazi escapees – targeted especially the Jews, resulting in aryanization, harassment, violence and expulsions, to build a ‘Judenrein’ Egypt still poisoned by widespread antisemitism. Only five Jews live in Egypt today.”

Rifat Bali, based in Istanbul, is author of numerous books on Ottoman and modern Turkey. Associate member of the Alberto Benveniste Centre for Sephardic Studies at Paris-Sorbonne, he is the winner of its 2009 Award for his publications on Turkish Jewry.

Bali explained the contradictions in pre-War neutral Turkey, “bound to the UK and France on one hand, but also open for business with Nazi Germany, through the installation of two German banks and a thriving chromite and metals trade… aimed at tempting Turkey into the Axis. The attitude towards the Jews was a mixture of systemic xenophobia – as towards other minorities – and outright antisemitism, as in the case of draconian tax laws and forced labour that ended by pushing the Jews to leave for the Yishuv.”…

“Transiting European Jewish refugees were given safe passage only if they had visas and only one Turkish diplomat, Selahattin Ülkümen, was recognized as Righteous Gentile for his voluntary effort to save the Jews of Rhodes.”

During the Q&A session, participating survivors of the Farhud shared their testimonies. To the questions on how MENA Jewish communities dealt with the news of the ongoing Holocaust in Europe, the speakers stressed that “the Shoah was virtually unknown to most.” Indeed the Holocaust was not taught at school also in Europe at least until the 1960s Eichmann trial…

Regarding the Jews who fought alongside the Allies to liberate North Africa, the speakers considered that “Jewish citizens were proportionally much more prone to defend their countries from the Nazi danger and, in so doing, they became aware of the need of self-defence in view of upcoming Arab nationalist riots. Many of them were to constitute the backbone of future Israeli forces.”…

An Egyptian Muslim tour guide – an expert on the Jewish heritage in Alexandria – noted “the presence of many Commonwealth Jewish troops buried in the battlefield cemeteries of El Alamein and others.” She was interested to know the fate of Egyptian Jews who enrolled in the British forces.

David Dangoor spent his childhood in Baghdad and since the 1960s lives in the UK. He is involved in widening access to science and medicine, culture and art, through the Exilarch’s Foundation, created by his late father. David is President of the Jewish Renaissance magazine and, most importantly, a Trustee of the Simon Wiesenthal Centre in the United Kingdom.

Dangoor thanked all the speakers and participants for their contribution and commended the cooperation between the Simon Wiesenthal Centre and Harif. He highlighted the powerful and effective voice of Shimon Samuels against antisemitism and the promotion of much needed awareness on the fate of the MENA Jews by Lyn Julius. Dangoor stressed, “unveiling the truth of the past is essential to prepare for the future.”

Samuels wrapped up the meeting recalling that, “in 2014, our UNESCO-sponsored exhibition, ‘People, Book, Land: the 3500 Year Relationship of the Jewish People with the Holy Land’ – created by the late Prof. Robert Wistrich – was stripped of its panel on the Jews of MENA, by the pressure of 22 Arab member-States of UNESCO.” 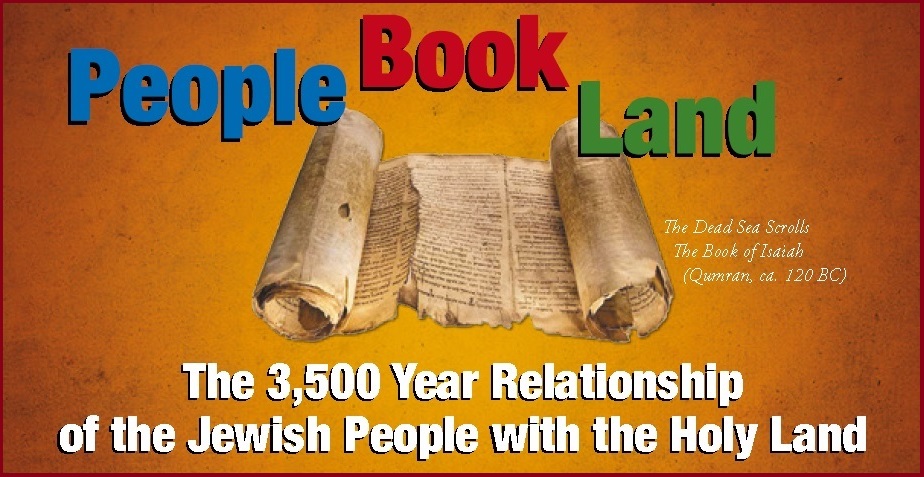 “The exhibition, wherever displayed, will henceforth include the missing panel on the Jews of MENA,” concluded Samuels.

The recording of this Zoom meeting can be found at: