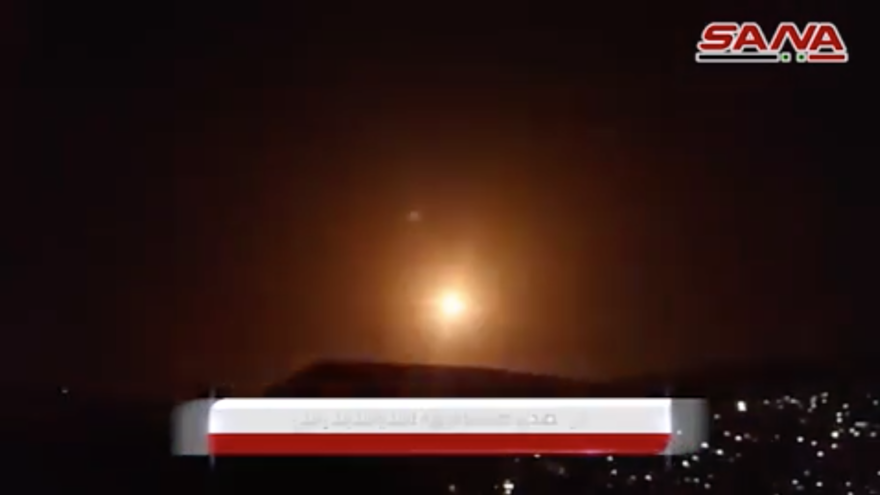 The Syrian Arab News Agency (SANA) quoted a Syrian military source as saying the strikes were launched from Lebanese airspace at 11:36 p.m., and caused only material damage.

However, the U.K.-based group Syrian Observatory for Human Rights (SOHR), which monitors events on the ground in Syria, reported that the strikes had resulted in “many casualties.”

Explosions were heard in the vicinity of Damascus international Airport, the al-Dumayr region and in the southwestern Homs governorate, and ambulances were seen rushing to targeted sites in the Homs area, the group reported.

SANA’s military source reported that “some of” the Israeli missiles had been shot down.

This is the first reported Israeli airstrike in Syria in just over a month. On May 5, Syria reported an attack on several sites in the region of the port city of Latakia.

On June 1, Israeli ground forces destroyed a Syrian regime observation post established on the Israeli side of the U.N.-patrolled buffer zone between the two countries in the Golan Heights.

Israel has reportedly conducted hundreds of strikes on Syria, with the goal of preventing Iranian entrenchment in the country. It has repeatedly warned Iran that it will not permit the Islamic Republic to establish itself militarily in Syria. It has also warned Syria that it risks its future by allowing Iranian entrenchment to continue.