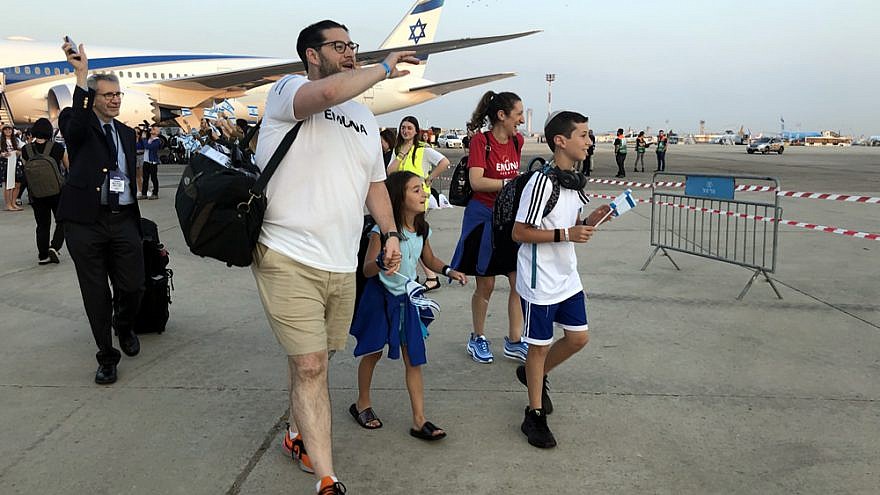 Lily Daroff and Nechama Miller, daughters of prominent leaders of the American Jewish community, were among 242 other North Americans who landed as new permanent arrivals in Israel on Tuesday, part of the latest Nefesh B’Nefesh charter flight in cooperation with Israel’s Ministry of Aliyah and Integration, the Jewish Agency for Israel, Keren Kayemeth LeIsrael (KKL) and Jewish National Fund-USA.

Daroff and Miller grew up with particularly strong Jewish and Zionist identities.

Lily Daroff, 18, is the daughter of William Daroff, who was just named as the new CEO of the Conference of Presidents of Major American Jewish Organizations, and Nechama Miller, 40, is the daughter of Jewish Community Relations Council of New York CEO Michael Miller.

Accepted to New York University’s Tisch School of the Arts to study film, Daroff deferred her enrollment to first serve in the Israel Defense Forces, “hopefully, in the spokesperson unit,” she posed, inspired by the challenge of Israel’s image problem in the United States.

Her father told JNS that his daughter’s choice to make aliyah is “a blessing.”

The younger Daroff said to JNS, “I decided a few years ago that I wanted to join the IDF and be a lone soldier. I wanted to do something more important than go to college—to help the country I care about so much.”

Being “surrounded by Israel 24/7” at home, she added, made it “easy to be informed and want to do something to help. I couldn’t just go to college and not think about Israel.”

Looking forward to “making a difference” in Israel, Daroff expects that she will be inspired to create films based on her new experiences. “I can see myself writing about being a lone soldier in a new country,” she said, “or perhaps a documentary about the conflict.”

“I’m looking forward to making a difference, even if it’s a small difference,” she added.

Daroff will live in Moaz Haim in the north as a part of the Garin Tzabar pre-military program. 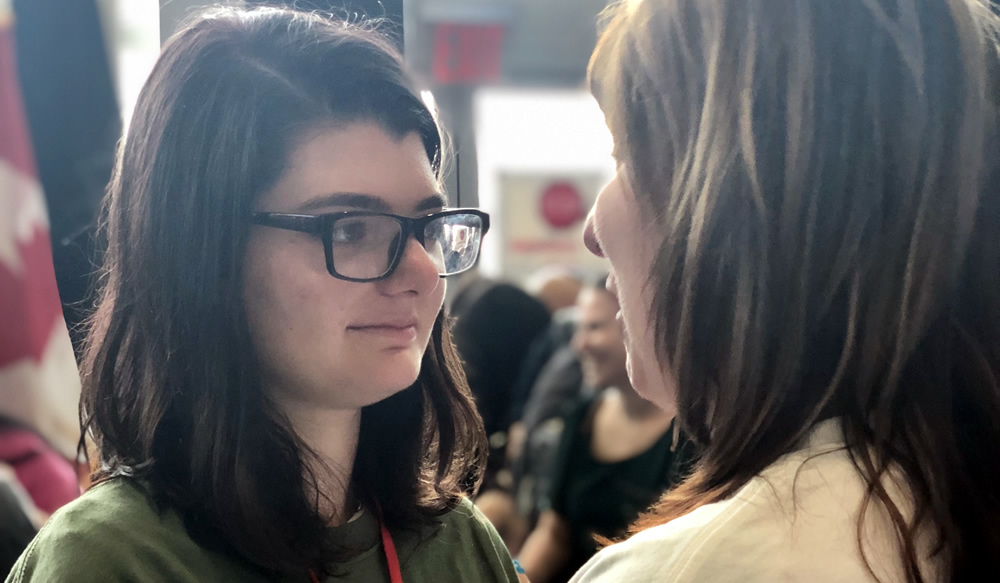 ‘Part of the fiber of our being’

Nechama Miller maintained that growing up in a family in which “Israel is part of our DNA” influenced her and her husband’s decision to make aliyah with their two children.

“Since birth, Israel was an important part of our lives, our discussions and our schools, which promoted a love for the land of Israel,” she told JNS, also recalling “emotional connections” resonating in early experiences as she saw other family members move to Israel.

Although enjoying a “fantastic community and successful jobs” in Teaneck, N.J., she said, “we’ve felt a void in our lives—a component missing—and zeroed in on a spiritual component that was lost in our daily lives, only to be brought back on trips to Israel.” 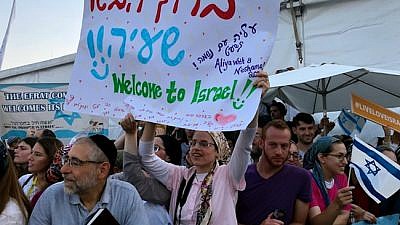 Welcoming a group of 242 other North Americans landed as new permanent arrivals in Israel on Aug. 13, 2019. Photo by Ellie Rudee.

“On Shabbat, you hear the siren [signaling the beginning of the day of rest], and on Passover, all the television commercials are about the holiday, and you feel a sense of pride,” she explained.

“It is such a joy to be part of Israel; everybody there wants to help you and celebrate your welcome,” said Miller. Among relatives reuniting with her and her family in Israel are her sister’s family, her husband’s brother’s family and her 95-year-old grandfather.

“We will be moving to Efrat, next to our family,” she said, in a “decision that started with family and continues with family.”

Michael Miller, who has been to Israel more than 100 times, told JNS: “We are exceedingly proud of Nechama. The state, people and nation of Israel are all a part of the fiber of our being.”

He added, “My wife and I have sought to instill love of Israel in our children, and Israel in the broadest possible sense of what Israel stands for. To know my wife and I have eight grandchildren living in the land of Israel—there is no higher value that I would assign to almost anything in Jewish life that rises above that.”