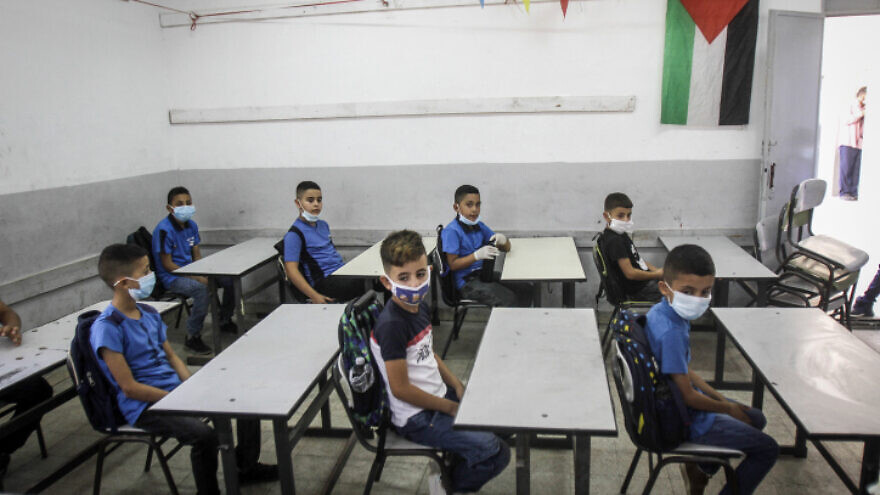 A bipartisan group of U.S. lawmakers has reintroduced a bill to require the U.S. State Department to address hate and violence in the Palestinian school curriculum.

The measure—the Peace and Tolerance in Palestinian Education Act (H.R. 2374)—was introduced by Reps. Brad Sherman (D-Calif.), Lee Zeldin (R-N.Y.), Josh Gottheimer (D-N.J.), David Trone (D-Md.) and Brian Mast (R-Fla.). It calls on the State Department to take a number of steps to monitor the Palestinian Authority educational curriculum, such as:

“The United States has provided millions of dollars to support the education of Palestinian children with the stated goal of equipping Palestinians with the tools to build a democratic, secular and politically moderate Palestinian civil society as a driver for peace. As a result of the GAO’s findings, it is necessary for Congress to request additional reports from the State Department to ensure U.S. taxpayer dollars promote dignity and tolerance, and that the educational materials such schools employ do not incite hatred,” said Sherman.

He added that “last Congress, this bill passed the Foreign Affairs Committee unanimously. I hope to work with my colleagues to build on this support and secure the passage of this bill in the 117th Congress.”

“The curriculum taught in Palestinian Authority and UNRWA schools eradicates the possibility of peace. It incites Palestinian children to violence and encourages them to acts of jihad and martyrdom. This has gone on for far too long,” said IMPACT-se CEO Marcus Sheff. “This bill’s welcome reintroduction will send a clear message that Congress will not tolerate the teaching of hate and anti-Semitism in Palestinian schools.”