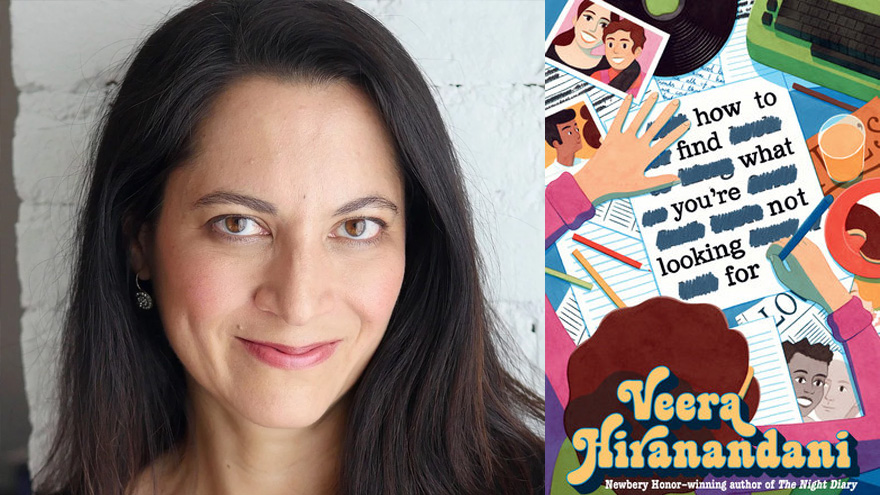 This is a story for Young Adults set in the turbulent 1960s, shortly after the U.S. Supreme Court unanimously struck down anti-miscegenation laws in 16 states via its decision in Loving v. Virginia.

Leah, a recent high school graduate, has fallen in love with Raj, whose family immigrated from India.  Raj, a business major at New York University, faces the same problem that the Jewish Leah does; his parents want him to marry within his own religion, which is Hindu.

The moving story is told from the perspective of Ariel, who is Leah’s younger sister.  After Leah and Raj decide to elope in the face of parental opposition, Ariel is left without the mentoring of her big sister.  Her parents avoid even mentioning Leah’s name, much less any discussion of reconciling with her.  Ariel has no way of getting in touch with Leah, and she is miserable without her.

The disappearance of her big sister from her life is only one of Ariel’s problems.  In school, a boy named Chris bullies her — she is one of the few Jews in the suburban Connecticut town where her parents have chosen to move to in order to open a bakery and provide their daughters with good public school educations.

Besides making antisemitic comments, Chris also makes fun of  Ariel’s inability to write in small letters.  Although she is 11 years old, her writing is similar to that of a kindergartener, scrawled all over the paper.  A kind teacher recognizes that Ariel’s problem is dysgraphia, and embarks upon a program to liberate her from that disability.

If all this is not enough, her father, the baker, fears he is slowly going bankrupt.  So this is a family with its share of tsuris.

Readers will watch Ariel navigate her way through all these problems as she heads into her teen years.  One way in which she is able to express her feelings, even clarifying them for herself, is by composing short-line poems, which are shared at various points in the novel.

The denouement of the book is quite emotional.

As one who was raised in the 1950s and 1960s, I was familiar with many of the references in the book, but I worry that some of them will be lost on students reading about events that occurred nearly 60 years ago.  However, Hiranandany is a seasoned writer, who won the Newbery Honor for her previous book, The Night Diary, so I am sure that she and her editors carefully considered this issue before deciding to go ahead with publication of How to Find What You’re Not Looking for.

I believe this novel will be enjoyed by teenagers and adults alike.