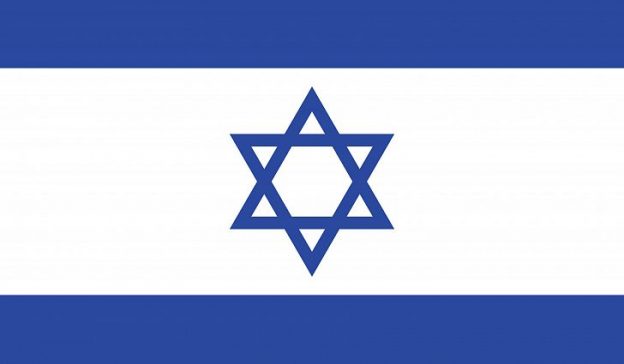 The flag of the State of Israel was adopted on this date in 1948. Its blue stripes symbolize the stripes on a traditional Jewish prayer shawl (opponents of Israel have long falsely claimed that the two stripes represent the Euphrates and Nile Rivers, implying huge territorial ambitions for Zionism); its Star of David became a Jewish symbol in late medieval Prague, and was adopted by the First Zionist Congress in 1897.

The flag was originally conceptualized by David Wolffsohn, an important financial supporter of the early Zionist movement, and created by Morris Harris, a Zionist activist with an awning shop, “Harlem Upholsterer” on 116th Street between Lenox and Fifth Avenue; his mother Lena Harris sewed the flag, which became the official Zionist flag at the Second Zionist Congress held in Switzerland in 1898. In 2007, an Israeli flag measuring 2,165 by 328 feet and weighing 5.2 tons — the largest flag in the world, made by an Evangelical Christian — was unfurled near the fortress of Masada.

“These are the colors of the beloved country,
Blue and white are the borders of Judah;
White is the radiance of the priesthood,
And blue, the splendors of the firmament.” —A.L. Frankl, “Judah’s Colors” (excerpt)