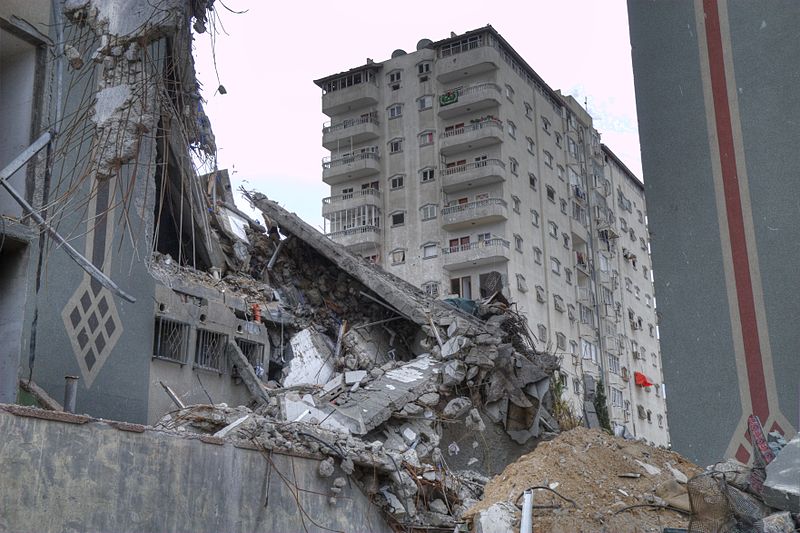 Moments after another round of fighting on the Gaza border, the world awakes once more to a mission that repeats itself every few years: the rehabilitation of the Gaza Strip. This task arises after each attack waged by Hamas terrorists against Israel.

From the point of view of this terrorist organization, everything is kosher; everything is allowed. From using Gaza residents or the media as human shields to increasing damage to infrastructure or diverting funds that should be used to eradicate poverty and improve the quality of life, nothing is off-limits.

The recent campaign, which lasted 11 days, exposed Hamas’s actions and intentions to the world in relation to Gaza. It emphasized the terrorist organization’s initiation of attacks on the State of Israel. It revealed how the terrorist regime in Gaza violates the basic human rights of its residents, most of whom simply wish to live quietly and peacefully, earning their wages with dignity and escaping the “refugee” cycle that their leadership is doing its best to perpetuate.

Although the United States has understood the situation correctly, Europe only came to a realization about it during the recent conflict. E.U. officials were recently heard stating that investing in Gaza, without a change of government, is a waste of their taxpayers’ money.

Israel is in favor of rebuilding Gaza, but there is only one way to do it. We must replace the Hamas regime and create a new leadership infrastructure that will be supported by the region and the international community. This is the most urgent need for those who want to get the people of Gaza out of the trap into which they were placed by Hamas when the terrorist regime came to power in 2007.

World leaders must acknowledge that in order to build real infrastructure and rehabilitate Gaza in a meaningful way, hope is needed. Hamas, an organization that sanctifies death as one of its principles, can never generate hope for the people of Gaza and for those who dream of a good life. The forces of evil and terrorism that have taken over Gaza are the biggest enemy of the people of Gaza, and it is solely the leadership of Gaza that is preventing the enclave from rehabilitating.

The civilian damage to Gaza as a result of Hamas’s activity in recent weeks is estimated at more than half a billion dollars. This is the price that the population is paying due to Hamas’s strategy of using them as human shields.

It is clear to everyone that if Hamas remains in power, the reconstruction funds will be directed towards deepening the infrastructure of the terror tunnels and the mass production of rockets. As Hamas continues to impose a regime of terror on the people of Gaza, it is evident that no one will revolt against it. In practice, Gaza’s residents will continue to live in poverty, with few ambitions and no hope.

Hamas in power also means that in a short while an excuse will be found to attack Israel. The civilians will suffer again, solely because their leadership is willing to gamble with their lives. Just as occurred with the diggers of the underground tunnels, the lives of Gaza’s residents are not worth an iota in the eyes of Hamas’s leaders, and none of them will mourn if any of their people die as a result of a mishap.

Hamas does not want real rehabilitation. It is convenient for it to hold the residents of Gaza as its hostages. Regular transfers of cash to the Gaza Strip and Hamas’s control of the “rehabilitation efforts” will lead nowhere. It will only serve to perpetuate the current dire situation.

There is a real desire to assist the residents of Gaza in partnership with many global and Middle Eastern countries, Israel among them. Yet it is crucial to find a meaningful path to rebuilding Gaza that will last for years and strengthen the residents in every respect.

Previous rehabilitation mechanisms that operated with the consent of Israel and the international community failed one after the other. Therefore, a new way to build a better future for the Gaza Strip must commence.

I suggest that this path comprise three stages, the initial one being replacement of Hamas rule, immediately after which a temporary governing mechanism must be built with the backing of the countries of the region, and finally, the election of local leadership committed to development and concern for residents and renunciation of terrorist culture. All these stages will be accompanied by vast investment in the economy and infrastructure of Gaza.

The nations of the world must understand the situation correctly. The Hamas Charter states that “jihad is the personal duty of every Muslim. In view of the looting of Palestine by the Jews, it is imperative that the miracle of jihad be waged against them.”

The implication is explicit: Hamas does not care about the people of Gaza. It uses them demagogically, but its ultimate goal is for the State of Israel to cease to exist. The sacrifice of the population for this purpose is not done in retrospect; it is part of Hamas’s ultimate plan.

To provide the Gaza residents with hope, the international community must first understand the situation in depth. It is time to implement a viable plan for the future of Gaza.