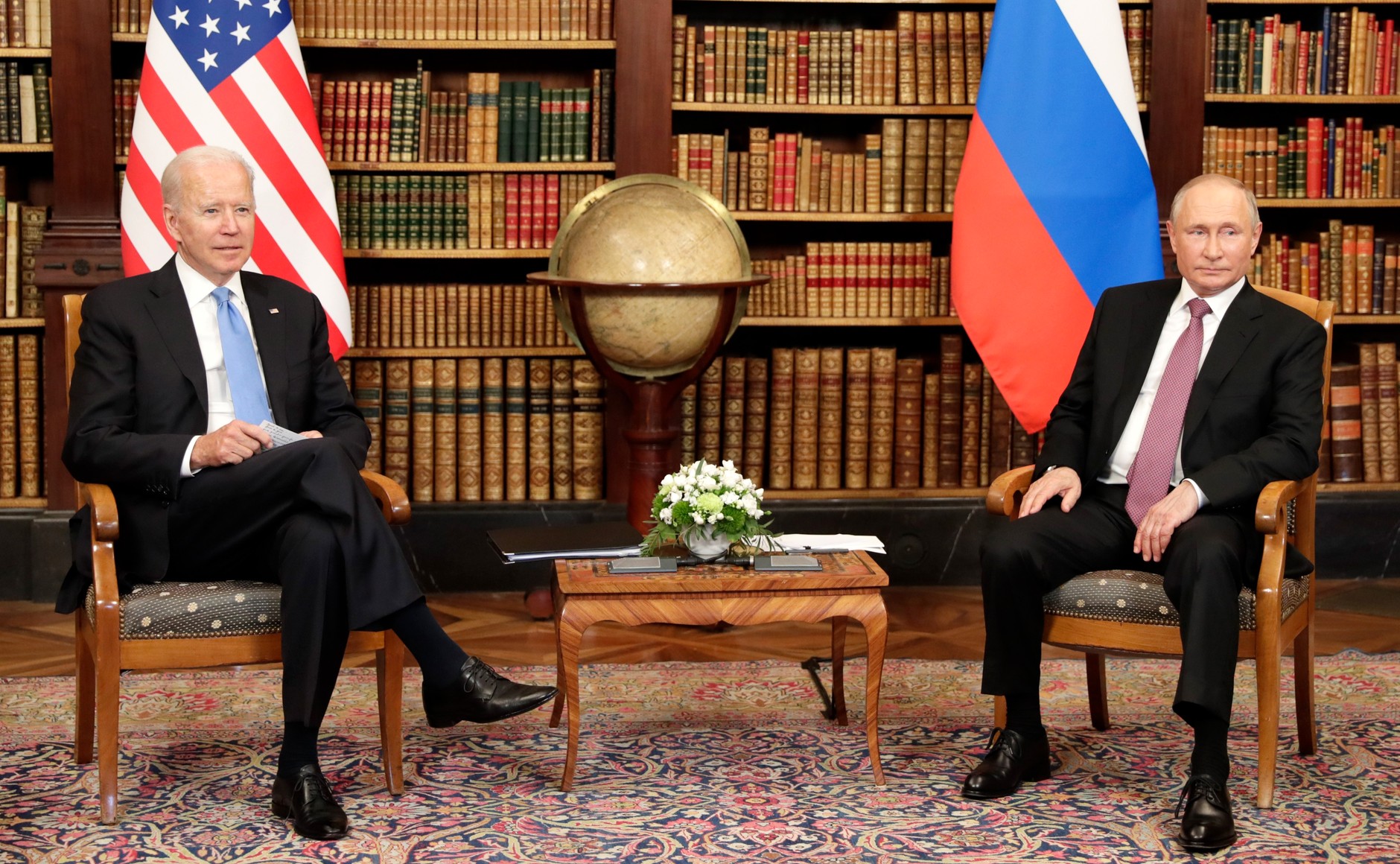 Time and again, we fail to understand Russia and its rulers. Back in 1939, Winston Churchill acknowledged this, famously describing Russia as “a riddle, wrapped in a mystery, inside an enigma.”

Nevertheless, three years later, Roosevelt convinced himself that Stalin “likes me” and that he could, therefore, “handle that old buzzard.” He told an adviser: “I have just a hunch that Stalin doesn’t want anything but security for his country, and I think that if I give him everything I possibly can and ask nothing from him in return, noblesse oblige, he won’t try to annex anything and will work for a world of democracy and peace.”

The Cold War followed. It appeared to be a forever war until 1991 when, to almost everyone’s astonishment, the Soviet Union suddenly up and died.

At that point, most of us had great expectations for Russia. Surely, this long-suffering nation would now become “normal,” by which we meant a prosperous, representative democracy, guaranteeing fundamental freedoms. Wrong again.

Biden raised concerns, as diplomats like to say, regarding Putin’s multiple crimes. I shall name just a few: contributing to the slaughter of more than 500,000 Syrians and the displacement of millions more; occupying swaths of Ukraine and Georgia; holding as hostages Paul Whelan and Trevor Reed, former U.S. Marines against whom not a shred of evidence has been made public; cyberattacks by Russian proxies that have caused billions of dollars in damage and compromised hundreds of private and government networks; and the quashing of media including U.S. government-funded Radio Free Europe/Radio Liberty.

Biden told Putin that if Alexei Navalny, the courageous dissident who has survived an assassination attempt, should die in prison, the consequences would be “devastating for Russia.” But was that a warning or merely a prediction? Many Russian dissidents have been murdered, at home and abroad, without serious consequences for Putin.

This seemed especially odd: Biden named 16 critical American infrastructure targets that had better not suffer cyberattacks in the future—or else. Does that not imply that lesser targets are now fair game?

In any event, Putin denied culpability for cybercrimes, saying: “Most of the cyberattacks in the world are carried out from the cyber realm of the United States.” Hey, if millions of people are willing to believe China’s rulers when they charge that COVID-19 originated in the United States, and Iran’s rulers when they say their nuclear program is for peaceful purposes, why should Putin not be afforded the same courtesy?

Similarly, on human rights, Putin claimed moral equivalence between Russia and America. President Biden called that “a ridiculous comparison,” but he didn’t explain why. And hasn’t he undercut his rebuttal by declaring that America suffers from “systemic racism,” and that “terrorism from white supremacy is the most lethal threat to the homeland today”?

Another puzzle: Why, in advance of this meeting, did President Biden end long-standing and bipartisan opposition to the completion of the Nord Stream II pipeline which will bring Russian gas to Germany, making the latter more dependent on the former?

Why give Putin such a gift—along with a pair of aviator sunglasses and a crystal sculpture of an American bison, not to mention the freezing of a military aid package to Ukraine and, earlier this year, an extension of the New START agreement for five years—without getting so much as a good bottle of vodka in return?

Was Putin asked to reciprocate? If he declined to do so, that should have been taken as an indication that meeting with him at this point would not be productive. But had Putin been convinced to make a significant concession (at least return the American hostages) the meeting would have ended with one actual win for Biden. A missed opportunity, no?

As for Putin, he accomplished his mission when Biden called a “worthy adversary.” The Russian economy may be smaller than Italy’s, but Putin does possess a strategic nuclear arsenal (that he is modernizing) and conventional military capabilities that he has been deploying to reassert hegemony in the former Russian/Soviet empire and re-establish influence in the Middle East. So, it would appear that the new occupant of the White House simply had to invite him to a get-together on the neutral shores of Lake Geneva.

Despite all this, a herd of reporters and commentators (the distinction between the two has all but disappeared) were determined to declare the three-hour palaver a triumph for Biden. Washington Post columnist Max Boot’s headline takes the cake: “Biden wiped the smirk off Putin’s face.” Dear reader, trust me: It would be easier to remove a tattoo.

This brings us back to our chronic inability to understand Russian rulers. Former President Barack Obama thought America’s quarrel with Putin could be sorted out by pressing a toy button labeled “reset” (with the word misspelled in Russian). He was mistaken.

Biden believes that Putin is eager to “make progress on our shared goals of ensuring predictability in the strategic sphere” and avoid “a new Cold War.” C’mon, man, that’s malarkey!

Here’s the deal: Vladimir Vladimirovich Putin is not “a riddle, wrapped in a mystery, inside an enigma.” He’s a former KGB colonel with czarist appetites and Stalinist ambitions. Until and unless President Biden gets that, he can’t begin to shape a successful policy toward Russia and its ruler.