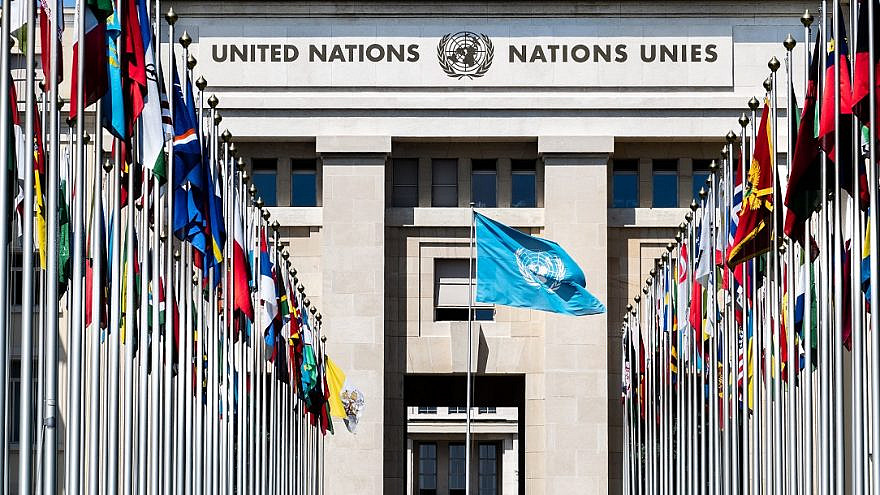 Many people who have never heard of the U.N. Human Rights Council (UNHRC) might reasonably ask why this body has the name that it does, upon learning that one of its members, China, is currently engaged in genocide against its Uyghur Muslim minority.

Other nuggets of truth about the council—that the majority of its member states are illiberal autocracies, that the only country to have its record scrutinized as a fixed agenda item is Israel—would surely provoke similar questions among those blissfully unaware of the UNHRC’s existence until now, most of all whether a body as compromised as this is worth reforming, or whether it is fated to be an eternal embarrassment to the very idea of human rights.

With the sort of earnest optimism that U.S. President Joe Biden projects when it comes to the more fearsome challenges—heartening when the subject is COVID-19, much less so when the focus is a bunch of serial human-rights abusers—the United States has decided that the UNHRC should be engaged with and can be reformed. Nearly three years after the previous Trump administration pulled out of the council—no longer wishing to be, as former U.S. Ambassador to the United Nations Nikki Haley put it, “a part of a hypocritical and self-serving organization that makes a mockery of human rights”—American is now firmly re-engaged with the UNHRC in the name of multilateral diplomacy.

What this see-saw exposes are two all-too-familiar outcomes: America can either keep its hands clean and have no influence on the U.N.’s internal human-rights deliberations, or it can participate in the UNHRC and finish up releasing press statements that regret or deplore council decisions that the United States tried and failed to influence, as was frequently the case from 2006, when the UNHRC came into being in its present form. A third option—essentially, that the UNHRC devotes itself to the most egregious abusers of human rights and the most urgent issues, like genocide and human trafficking—is unfortunately not available.

If America is to avoid offending the sensibilities of Israel’s adversaries at the UNHRC, Roth recommends that its diplomats need to take their concerns about “occupied Palestine” seriously. If it wants less resolutions attacking Israel—and since 2006, out of 160 condemnatory UNHRC resolutions, 90 have been on exactly that theme—then, says Roth, America should agree to vote in favor of a “single, consolidated resolution” condemning Israel. “If the Biden administration takes these principled positions, it is likely to find supporters,” he counseled. “But if its aim is seen as shielding Israeli abuses from criticism, it is unlikely to get anywhere.”

If there are those in the Biden administration who think that sounds like good advice, they should think again. They should remember, as Biden himself doubtlessly does, that the wording of these resolutions hasn’t changed since the Cold War, when the Soviets and their Arab allies turned the United Nations into a forum to delegitimize Zionism itself. To vote in favor of one of these resolutions is to agree to the more basic proposition that Israel is a colonial entity, an apartheid state and a serial practitioner of war crimes. The United States would not be judging actual Israeli behavior, but a caricature of it.

If Roth really want to contribute to the welfare of ordinary Palestinians—as opposed to securing the collusion of the United States in the UNHRC’s crusade against Israel—then why not urge America to raise its voice on the council against abuses carried out by the Palestinian Authority in the West Bank and the Hamas regime in Gaza against their own citizens?

As Human Rights Watch and many others pointed out in the last week, a Hamas-run Islamic court in Gaza ruled that women require the permission of a male guardian to travel—a decision that violates basic U.N. conventions on the protection of the rights of women, as well as the right of freedom of movement. In the outcry that followed, the Hamas-controlled judiciary made a vague pledge to “review” the decision, but there is little reason to believe that it will be overturned. In the UNHRC context, the United States is ideally positioned to raise the plight of women living under Islamist rule in the Gaza Strip, and even lobby for the creation of a special rapporteur to examine the gender discrimination practiced by Hamas. That probably isn’t what Roth has in mind, but it’s sorely needed nevertheless.