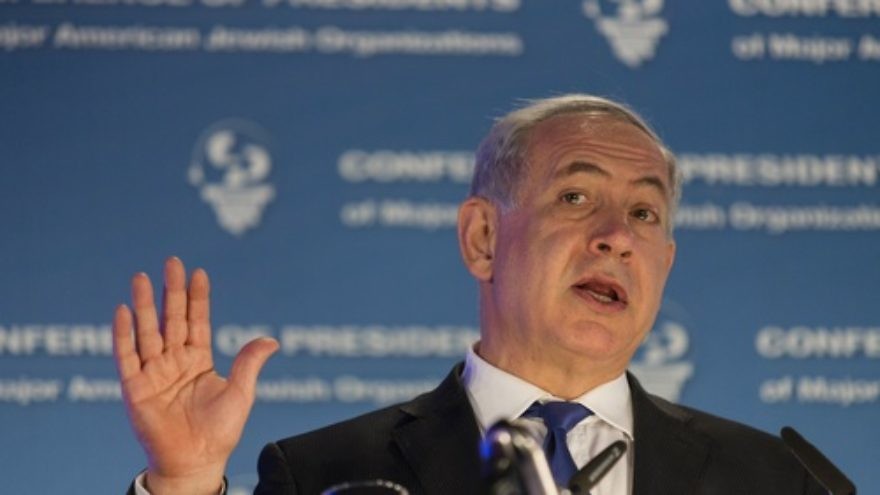 Benyamin “Bibi” Netanyahu has support. He’s leading all others by a substantial margin in polls that ask for the favored Prime Minister.

Likud as such, is more problematic. Polls showed it often tied with Blue and White, and slightly ahead of Blue and White as the leader of a coalition. But with less than an assured 61 seats in the Knesset.

Both Benny Begin and Dan Meridor, from right wing families and previous Likud ministers, along with a number of other former Likudniks, have declared that they won’t be voting with their party.

Bibi called for legislation that would permit Likud activists to use cameras at Arab polling places, but then his party failed to get a majority in the Knesset Committee.

Other cracks at the top appear in what we hear of police interviews with Sheldon and Miriam  Adelson.  They’re the owners of Israel Hayom, termed by critics as Bibipress,  due to its warm support of the Prime Minister. According to what Ha’aretz reports, the Adelsons said that Sara is crazy, a screamer, and a key figure in vetoing key appointments to government positions. We’ve gotten used to hearing about the sentiment that comes from Balfour Street, ie, the Prime Minister’s residence.
Comments taken from the media or personal contacts show a variety of sentiments.

There are those who view Bibi as national hero and the obvious leader. Some do not believe what is widely reported about his corruption. And among those who give credence to the reports is the attitude of “So what?” or “See what we get for what may be, technically, illegalities.”

Leadership is imperfect. Those who compare Bibi to King David may recognize the faults in the ancient king, presumably greater than those alleged against the Prime Minister.

His principal opponent, Benny Gantz, is careful to praise Bibi as policy maker, even while condemning him for personal corruption.

And Gantz is a pale shadow of Bibi as stump speaker, in both English and Hebrew. Those supporting Blue and White must accept Gantz with his considerable faults as articulater of party policy.

Likud means united, and so far party figures have remained firm in their public comments. Bibi is their leader.

As we get closer to the election, and Likud does not pull clearly ahead in the polls, there are reports of individuals in Likud maneuvering for what’ll be after Bibi.

There are hints of friction between Bibi and Donald Trump, especially in connection with Trump’s efforts to converse with Iranian leaders. For some years, Iran has been at the top of Bibi’s list of antagonists, and any weakening of American resolve would be troubling. Also, occasional comments about Trump’s Deal of the Century with respect to Palestinians and Israel can be troubling. Thom Friedman of The New York Times wants a solution, but few Palestinians or Israelis are interested. Will details of the Deal ever be announced? Positive assertions from Americans challenge Bibi’s preference to keep that front quiet, and to himself.

Bibi is promising more land annexation in the West Bank after the election. But critics are noting that he hasn’t done anything like that in ten years as Prime Minister. They see it as cheap electioneering by a man in panic mode.

Bibi has also done well with Vladimir Putin. They’ve managed to have the armies of each operating in Syria, without engaging with one another.

There are also China, India, and Europe, with recent visits there and guests here, with Bibi and Mrs Netanyahu headlining greetings and promises.

Plus Guatemala, Honduras, and the island country of Nauru recognizing Jerusalem as Israel’s capital and putting diplomatic offices in the city.

There are those who give Bibi personal credit for Israel’s diplomatic accomplishments.

He’s been Prime Minister longer than any of his predecessors.

It’s also common to think of a government of national unity, with both Blue and White and Likud, but not Bibi.

Presumably, Avigdor Lieberman has been discussing the issue, quietly, with Knesset Members from Likud.

Lieberman is the key, likely to get enough seats to choose which of the struggling competitors will get his push to reach a Knesset majority.

The law requires an indicted minister to resign, except for the Prime Minister.

Thus, Bibi could technically get another appointment. Indeed, he is maneuvering to enact a change in the law to provide him protection from indictment as long as he remains Prime Minister. However, that is likely to take more Knesset Members than seem likely to be selected from Likud and allied parties.

He couldn’t form a government after the April election. His stubbornness is showing, occasionally looking like desperation. He’s gone on attack against Israeli media, despite its efforts to report all, with a concern for balance. And lots of other sniping, especially against those he terms leftists .

Blue and White is the obvious opposition. It’s a combine ranging from the moderate right, under Moshe Ya’alon to the moderate left, under Yair Lapid, along with Gabi Ashkenazi who brought them together. Benny Gantz is the leader, and resembles Dwight Eisenhower in his uneven delivery and frequent silences, often broken by having to clarify what he meant. The grouping has no clear policy message, except for its opposition to Bibi. Except perhaps for Lapid, known as a  fervent opponent to the ultra-Orthodox.

Blue and White is the party of the Generals, with Gantz, Ya’alon, and Ashkenazi having served as heads of the IDF. But with Prime Minister-Minister of Defense Bibi claiming  a posture as Mr Defense and prominent strategist.

My own guess is that Blue and White is a slight favorite,  based on the likelihood that Lieberman will choose to coalesce with it as opposed to joining with a Likud led by Bibi.

The voters will decide part of this, but it may be a tense month after the election.