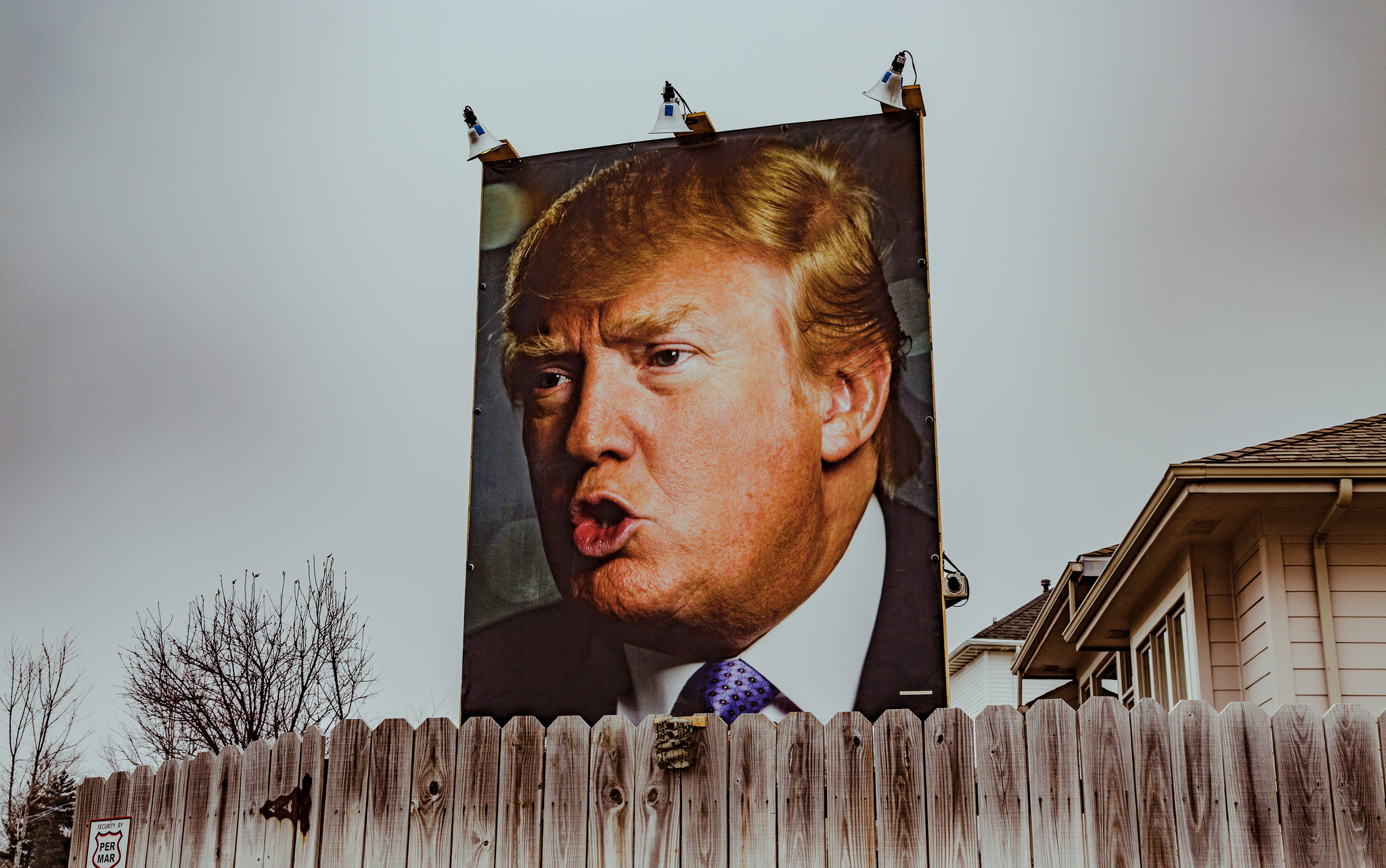 “What the mass once learned to believe without reasons,
who could overthrow that with reasons?
Friedrich Nietzsche, Zarathustra

From its glaringly incoherent beginnings, the Trump presidency has positioned itself to wage  relentless war against science and intellect. Significantly, this determinedly backward-looking conflict, while refractory to both education and truth, remains proudly unhidden. Indeed, with nary a hint of self-consciousness or embarrassment, this American president wittingly retreats in spasmodic eruptions from entire centuries of accumulated human learning.

In certain respects, of course, it’s not hard to figure out. Donald Trump is undoubtedly the reductio ad absurdum of a proper American president, the  wholly demeaning caricature of a capable modern leader, the one who not only knows nothing of consequence, but who most emphatically wants to know nothing. A near “perfect” distillation of contemporary mass, it is as if Donald Trump somehow managed to stagger dizzily through the “theatrical” wings, dragging us backward to the most lamentably retrograde stages of a once still-promising American civilization.

To better understand such ominous retreats and declensions, history provides an instructive voice. Always, the mass – virtually any human mass – abhors serious thought and complexity. Without any question, this degrading abhorrence is as recognizable in Donald Trump’s caricatural presidency as it was back in 1933, with the shrieking fall of Weimar Germany, notably in Bavaria and in Berlin. “Intellect rots the mind,” observed Joseph Goebbels, Hitler’s faithful Minister of Propaganda. “I love the poorly educated,” says US President Trump, not (to be sure) with any conspicuous irony, but rather with absolute candor and unmistakable sincerity.

There is more. Above all, the American mass loves to chant in chorus. Surrounded by like-minded followers who have also  forfeited any once- remaining obligations of independent thought or analysis, each Trump mass member can “safely” abandon any residual sense of genuine individual responsibility.

With its continuously undimmed howls of execration hurled against familiar “enemies” – usually Barack Obama, Hillary Clinton or some other conveniently out-of-favor television star/athlete/movie actor – the president won’t ever trouble himself with the stubbornly annoying difficulties of rational thought. Instead, by noisily favoring a ritualized national ethos of fitful emotion and anti-reason, he continuously forces American political and social life toward potentially irreversible compromises with unreason.

It’s not a reassuring picture of national leadership.

Credo quia absurdum.  “I believe because it is absurd.” Left to his own plainly limited intellectual capacities, US President Trump will inexorably prod further blind public obedience to assorted ideologies of gibberish, to vague banalities or empty witticisms that routinely masquerade as profundities. “Trade wars are good for us,” intones the president without explanation, against prevailing theories of international economics and contra the authentic insights of various Nobel Laureates in economics. “We can win any trade wars with China,” he adds gratuitously, only to follow up the very next day with the declaration: “The trade war with China is already lost.”

A 1936 novel by Sinclair Lewis, It Can’t Happen Here, details the story of a  populist American politician who rises to the presidency upon a hazy platform of curiously simplistic and expressly fraudulent promises. Following his election, “Buzz” Windrip proceeds to impose fully authoritarian rule upon the suddenly dazed country, complete with a new Praetorian Guard. While no one in Donald Trump’s America wants to imagine that any such terrifying infringements are actually possible here, it remains worth noting that the German masses of the 1930s were not in any pertinent way markedly deviant, different, criminal or unique.

Presently, watching assorted Trump minions (the so-called “base”) continue to chant mindlessly (and in chorus) about such welcome phenomena as trade wars and a “beautiful border wall with a beautiful door,” it would likely be quickly evident to Sinclair Lewis that what had earlier transpired among normal people in Europe could sometime soon emerge among similarly normal Americans.

Karl Jaspers, the 20th-century philosopher who most rigorously examined questions of German guilt after World War II, also studied the much deeper and more generic issues involved. In his classic Reason and Anti-Reason in our Time (1952),  Jaspers had already understood that authoritarian leaderships must always depend upon a suitably docile citizenry that loathes difficult thought, and seeks the simplest answers – skeletal answers that insistently blame one or several available scapegoats. Always, the critical function of all such orchestrated scapegoating  is to best organize the “faithful,” to stifle any inconvenient truths, and to provide allegedly needed “protections” from always insidious alien forces “at the border.”

“At the border.” For Mr. Trump, the “enemy” is always at the border. It makes for good politics among those who chant. Always.

Today, more than anything else, the foreseeable end of expanding anti-reason in Washington is to prevent any still-reasoning Americans from substituting residually clear thought for unhesitating loyalty. For this president, let us not too easily forget, there can never be any good reason to doubt the utterly primal “wisdom” of Josef Goebbels: “Intellect rots the mind.”

For this president, it goes without saying, loyalty is vastly more important than science or truth. And why not? “What the mass once learned to believe without reasons,” lamented Nietzsche’s Zarathustra, “who could overthrow that with reasons?”

Although not widely understood, the Founding Fathers of the United States did not generally believe in democracy. In fact, most had unhesitatingly agreed with Alexander Hamilton (now an improbable Broadway hero) that “the people are a great beast.” Thomas Jefferson, arguably the most democratic of the Founders, literally regarded “the people” as “refuse” from which a small number of prospectively gifted individuals could be culled once each year. More precisely, said Jefferson in his Notes on Virginia, opposing mass rule, there should be instituted a plan of elementary schooling by which “twenty of the best geniuses will be raked from the rubbish annually.”

These were our third president’s actual words. It would be a very great irony of American history if the election of a quintessential mass man in 2016 should now lead us inexorably toward the actual fulfillment of Thomas Jefferson’s worst recorded fears about democracy. For this to happen, all that would be required is an American president who continues to enjoy hurling abundantly visceral howls of execration amid a stunningly thoughtless but ritually adoring mass, a president who stubbornly abhors true learning and serious reasoning as much as President Thomas Jefferson had once enthusiastically embraced an enviably higher life of science, culture, erudition and reason.

Thankfully, there still exists more-or-less ample opportunity for the American People to oppose the multiple presidential propositions of sheer nonsense and utter irrationality, but before we can reject any insidious replacements of science with wizardry, something substantially more primary (and primal) will be needed.

This is courage. This is the most critically missing element from the American body politic today, not a traditionally recognizable physical heroism to risk one’s own life for tribe, nation or cause, but rather the integrity-centered personal willingness to stand firmly for authentic ideals of meaning, science and truth. Without such desperately required courage,[1]as history grimly further instructs from the Third Reich, even the most amply gifted scientists and thinkers will sometimes willingly surrender their souls in order to satisfy patently hollow policies of flagrant absurdity and dedicated anti-reason.

There are no defensible reasons to support an American president’s incessantly mindless assaults on science and intellect.

[1] For incomparably useful lessons concerning this sort of courage in the specifically American intellectual tradition, we may reconsider especially the basic writings of the American Transcendentalists, notably Emerson and Thoreau.