Home Op-Eds Some ideas must be debated, but not historical facts 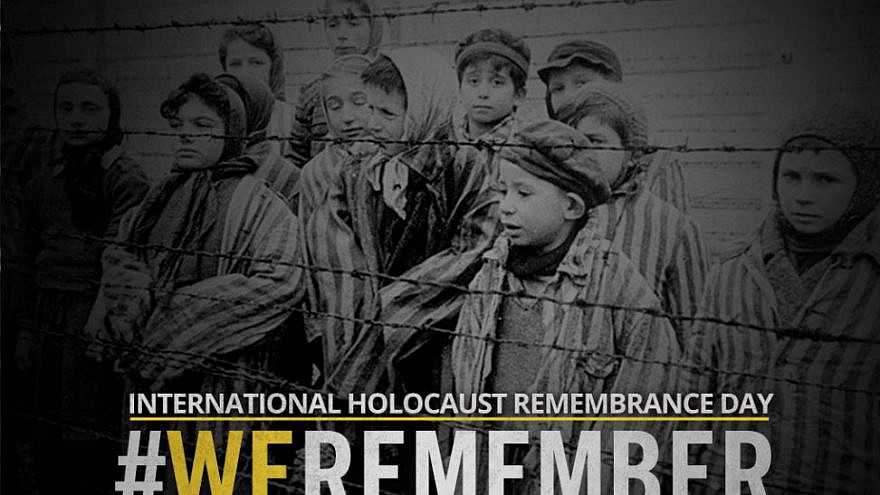 Some Jewish liberals say that they saw this coming. There were those who believed that the movement to stop the teaching of critical race theory in the schools was bound to negatively impact teaching about the Holocaust. They claim that those fears were vindicated by the comments of a Texas educator in Southlake, Texas, who was taped telling teachers in a training session that “make sure that if … you have a book on the Holocaust, that you have one that has opposing, that has other perspectives.”

The context for this absurd suggestion was how to abide by a law recently passed in Texas that said “a teacher may not be compelled to discuss a particular event or widely debated and currently controversial issue of public policy or social affairs” and that those who do so “shall, to the best of the teachers’ ability, strive to explorer the topic from diverse and contending perspectives without giving difference to any one perspective … .”

The purpose of that law was to halt the way left-wing theories about race have been incorporated into school curricula and lesson plans, and which effectively amount to a form of political indoctrination.

While critical race theory is defended as merely teaching about America’s troubled racial past, it goes much further than that by seeking to enshrine race consciousness at the heart of every discussion and to make us view people solely through their skin color or origin rather than as individuals. Rather than advocacy for civil rights, it discounts the enormous progress towards greater liberty and equality, treating America as an irredeemably racist nation populated by people who are defined as either privileged or unprivileged. Linked to the fallacious narratives of The New York Times’ “1619 Project,” it amounts to a form of dangerous historical revisionism that undermines the teaching of civics and puts in its place a biased political doctrine.

Nevertheless, the attempt to link Holocaust denial and anti-Semitism to the movement seeking to push back against the teaching of critical race theory has a lot more to do with the polarization of American society along partisan lines than anything else. The problem here is not so much one about vaguely worded laws as it is the comparison between teaching historical facts and that of teaching theories about history.

The Holocaust is a historical fact. Denying that it happened is not a legitimate point of view or scholarly school of thought. Those who claim that the truth about the murder of 6 million Jews by the Nazis and their collaborators is a matter of debate are anti-Semitic liars whose only motive is a desire to erase the record of Jewish suffering so as to justify or rationalize contemporary hatred of the Jews.

Similarly, slavery and the facts about the role that despicable practice and its defenders played in American history, in addition to the way Jim Crow laws perpetuated its legacy after the Civil War, is not up for debate.

Unfortunately, modern American primary and secondary education have to some extent discarded the traditional teaching of history. In its place, we now have educational experiences that talk more about concepts and ways of thinking about the past while downplaying supposedly unimportant facts and dates. Learning to think critically about history or any field of study is vital, but that can only succeed if it is based on a solid factual foundation—something that is often left out of contemporary schooling. That’s the only reasonable explanation for the fact that surveys consistently show that most Americans, especially those under 45, have an abysmal lack of knowledge about the history of their own country.

Nor is the teaching of the Holocaust exempt from this problem. Some 38 states, including Texas, have passed laws mandating some form of Holocaust education. But many of the courses designed to comply with those mandates tend to emphasize concepts that seek to universalize the lessons of the events in question instead of sticking to the facts about the attempt to exterminate the Jews of Europe.

This has helped create a general belief in American society that the Holocaust is more a metaphor for anything or anyone that people think is awful than a reference to a particular set of events. In this way, inappropriate Holocaust analogies have proliferated, as, for example, right-wingers demonizing vaccine mandates and left-wingers comparing former President Donald Trump to the Nazis. Both sides of the political spectrum condemn their opponents’ misuse of the past while remaining blind to their own mistakes.

Another layer to the problem is the general contempt for the idea of objectivity in studying either the past or the present that has come into fashion.

On college campuses, freedom of speech and scholarship is considered less important than enforcing bans on saying or teaching that offends sensitivities about controversial subjects. With respect to journalism, there is a popular movement among many in the profession—linked to their support of critical race theory—that claims that attempting to tell both sides of a political dispute is an inherently misguided effort that serves only to prop up an allegedly all-powerful edifice of white supremacy that still dominates American life. The resemblance between this didactic approach to both scholarship and journalism to traditional Marxist dialectics about history is no coincidence.

In that context, a defense of objective study and the rejection of one-sided narratives in both journalism and history are not defensible, but a necessary response to these troubling trends.

None of this excuses what that Texas educator said, but it does help explain why Americans seem so confused about the past or even what is going on today. The correct response to that idiotic comment that set off outrage across the Jewish world is not an effort to discredit those who oppose critical race theory. Due to its links to intersectionality and the labeling of Israel and its supporters as possessors of “white privilege,” that idea continues to grant a permission slip to anti-Semitism. That remains true even if some Jews on the left ignore it because they prioritize solidarity with political allies over the security of their own community.

Instead, we should be focusing on a return to a more rigorous approach to the teaching of history. That a growing number of Americans, including some teachers, continue not to know the difference between a historical fact like the Holocaust and a toxic idea like critical race theory is the real problem. As long as this is true, we’re probably doomed to continued confusion and more troubling statements about both the Holocaust and racism.