Home Op-Eds The obligation to remember, even on a day when we look inward 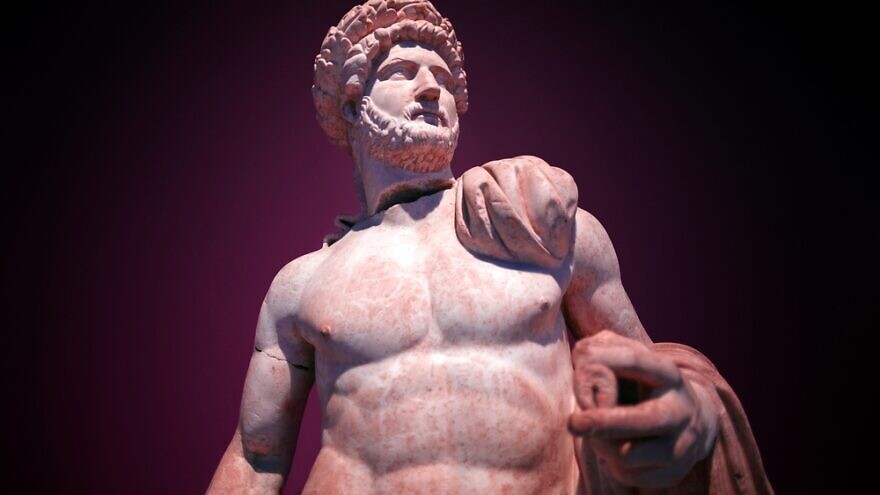 It comes in a part of the Yom Kippur service that even many of those who are more than three-day-a-year synagogue-goers often skip in the late afternoon as the daylong fast heads towards its conclusion. In the Ashkenazi prayer book for the Day of Atonement, the martyrology service—the centerpiece of which is the poem Eleh Ezkerah, “These I Will Remember”—follows the Avodah or the description of the service that was held in the biblical Temple in Jerusalem on Yom Kippur. But after immersing themselves in the memories of the sacred rites that the Jews of the Temple period engaged in, worshippers are reminded of another more brutal form of sacrifice.

Eleh Ezkerah, which was composed by an anonymous medieval author, tells the story of 10 rabbis who were martyred by Roman persecutors in the period after Jerusalem’s destruction. As with all other writings that are known as Midrash, the poem is an interpretation of these events rather than a historical chronicle. Though it represents the 10 as having died around the same time, two were killed in the immediate aftermath of the Great Revolt that ended the destruction of Jerusalem and the Temple. The rest, including well-known historical figures like Rabbi Akiba, died during what is known as the Hadrianic persecutions. That happened decades later when the Roman rulers of the land of Israel sought to eradicate Judaism. That provoked the doomed Bar Kochba revolt, which proved to be the last moment when Jewish sovereignty over the land was imaginable until the rise of the Zionist movement 18 centuries later.

The stories of their deaths are told in a dramatic and gruesome fashion with special tortures being devised to increase the suffering of the sages. The account is heart-rending, and all the more so because of the heroism and dedication to stay loyal to their faith that the martyred rabbis show. They are resolute not just in the face of death but to hideous mistreatment that would be enough to cause even the most stalwart believer to tremble in fear. Even worse, the Roman emperor in the poem says his cruelty is justified because it is a punishment for what happened to the biblical figure Joseph when he was sold into slavery by 10 of his jealous brothers.

What do we learn from this terrible chapter of Jewish history? Or, indeed, from other accounts of suffering that are, in many synagogues, followed by remembrances of other atrocities visited upon the Jews during other periods of persecution, such as the Crusades, and most notably, the Holocaust?

On Passover, Jews read in the Haggadah: “For not only one enemy has risen up against us to destroy us, but in every generation, they rise up to destroy us. But the Holy One, Blessed be He, delivers us from their hands.” But as Eleh Ezkerah and much of Jewish history teach us, the sort of Divine intervention that is the centerpiece of the Exodus from Egypt is not something that can always be counted on to save the day. That’s especially true when villains obsessed with the Jews are in a position to inflict harm on those without the means to adequately defend their existence.

Jewish reactions to this quandary have varied over the centuries. Like many victims, they have often not only internalized the hate directed at them but sought to use their misfortunes as lessons in self-improvement.

The story of the Jewish people from their earliest origins after their emergence as a nation after the Exodus is one of punishment and redemption, as the recalcitrant and often stubbornly obtuse Jews refuse to obey the rules set down for them by their Redeemer. As a result, they suffer one chastisement after another, and eventually, are sent into exile for their sins.

Even the catastrophe of the encounter with the Roman Empire has always been understood by Jewish sources as being a story about Jews with their enemies playing merely a supporting role. It is seen by tradition through the prism of Jewish disunity and sinat chinam—the baseless hatred of one Jew for another—rather than one about either the tyranny of their oppressors or the geostrategic madness of a tiny people living in a crucial piece of territory without natural defenses (as was the case with the German tribes or the Parthians, who both managed to avoid total defeat by Rome) repeatedly choosing to pick a fight with the greatest military power in the world.

This way of looking at a hostile world in which their enemies are essentially robbed of their agency—and instead viewed as merely unwitting tools of the judgment of the God of Israel—was a normative Jewish response to anti-Semitism throughout the two millennia of exile and powerlessness that followed. Even the hope of a return to their land, which was embedded into every aspect of Judaism, was put off until the Messianic era. It was no surprise that many, if not most, religious authorities rejected the modern Zionist movement as an impermissible attempt to jump-start history rather than an entirely necessary effort to re-enter it and provide protection and justice to a persecuted people.

It would not be until the Holocaust that Jews would overwhelmingly reject this internalization of their foes’ narratives. In the face of Auschwitz, it was no longer possible to view the irrational hatred that arose against them as a just punishment for their sins. One needn’t reject the biblical narrative about the need for the Jews to embrace the laws and the moral code set down for them, or the desire to judge their own conduct by the high standards set by the Torah rather than by lesser and more expedient rules. But when confronted with 20th-century anti-Semitism, such a response is itself immoral as well as an inadequate explanation for the unspeakable horrors of the Shoah.

While it’s hard to find anyone other than a raging anti-Semite who would seriously argue that the Nazis were reacting to Jewish misbehavior rather than merely projecting their own maniacal beliefs onto their victims, many still fall into the trap of accepting the similarly distorted evaluations of contemporary Jew-haters.

The State of Israel is not perfect, and the challenges, both moral and political, of having to engage in a conflict in which Palestinian Arabs and their allies who remain unreconciled to Jewish rights or sovereignty in the land of Israel are many. But it remains a fact that the only nation in the world that is singled out not merely for unfair treatment in international forums or judged by double standards, but whose legitimacy is repeatedly called into question, remains the only Jewish one on the planet. It remains the only country about which other nations’ open desire for its extermination is considered understandable, if a bit extreme, by polite opinion in much of the world. Support for the justice of its cause has become distinctly unpopular among intellectuals. Ideas like critical race theory and intersectionality, which are increasingly accepted not merely by the woke left but others who wish to signal their opposition to racism, treat the Jewish state and the Jews who support it as an expression of white privilege for which decent people ought to apologize.

In this way, while traditional enemies from the right still treat Jews as the boogeymen that have always bedeviled the Western imagination, the left also grants a permission slip to Jew-hatred by calling it anti-Zionism.

Thus, even amid the need for Jews to engage in a cheshbon hanefesh or an “accounting of the soul” during the Days of Awe that lead up to the Day of Atonement, the martyrology is a reminder that there are some evils that can’t be dealt with by rigorous self-examination. Anti-Semitism is, as it has always been, a function of the shortcomings of anti-Semites, not that of the Jews. The proper response to it is not self-criticism, let alone the sort of self-loathing that 19 centuries of oppression has sometimes given rise to.

The emotions conjured up by the remembrances of Jewish martyrs throughout the ages is not an exercise in maudlin mourning. It should instead trigger an understanding that while the persistence of Jew-hatred is a mystery that we will never entirely solve, it must be answered by a vigorous defense of Jewish rights and security, not a self-destructive search for fault that only aids those whose purpose is an all-too-familiar desire to spill Jewish blood.