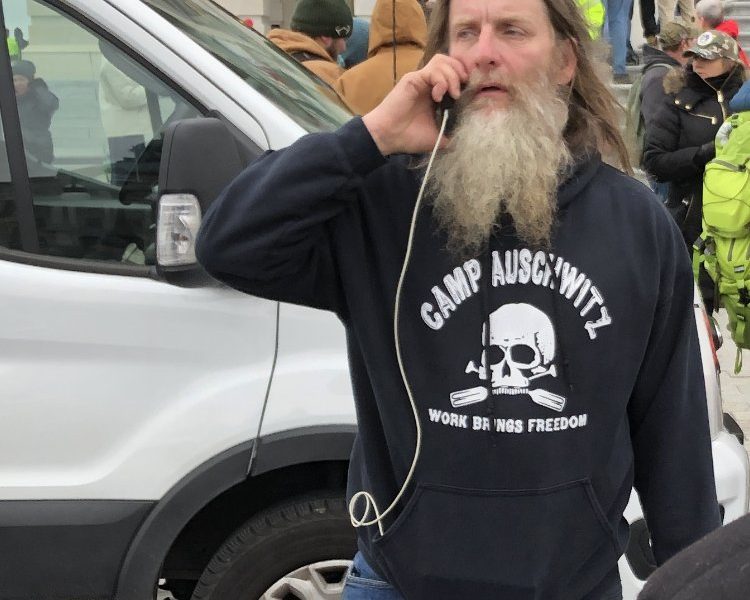 Among the horde of far-right extremists who breached the U.S. Capitol on Wednesday afternoon, one man wore a hoodie that probably looked a little familiar.

Featuring an arc of utility-chic font atop a simple graphic, it mimicked a ubiquitous sartorial trend: the destination sweatshirt that advertises summer camps or vacation hot spots. You’ve probably seen hundreds of hoodies like this. You might even own one.

Except, not quite. The font on this sweatshirt spells out the name “Camp Auschwitz.” The graphic is a grinning skull. Beneath is the motto “Work brings freedom,” a clunky translation of the death camp’s infamous motto, “Arbeit macht frei.”

It’s unclear where the sweatshirt originated, but within hours of the riot, as pictures circulated on social media, copycat versions appeared on e-commerce platforms that allow users to design custom merchandise. (One such platform, Moteefe, removed a “Camp Auschwitz” design from its website and banned the seller on Thursday morning.)

Think about the level of confidence, entitlement and hate this person feels, and how comfortably an environment was created, to openly and brazenly wear this. pic.twitter.com/hiRm6d7JLM