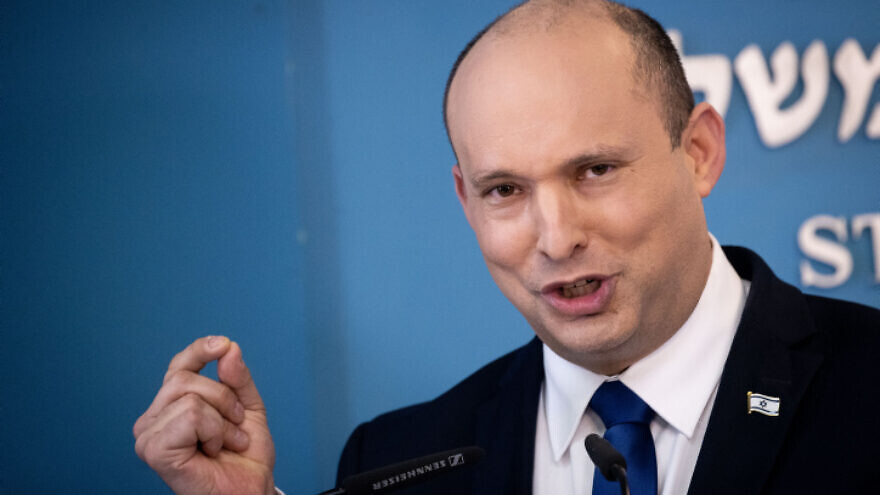 Israeli Prime Minister Naftali Bennett said on Tuesday that for now, he has ruled out a meeting with Palestinian Authority leader Mahmoud Abbas and the creation of a Palestinian state.

“My perception is different than that of the defense minister although we work in harmony. I oppose a Palestinian state, and I think it would be a grave mistake to import the failed Gaza model of Hamas, which shoots rockets at us and turn the entire West Bank into that,” he told Ynet in an interview.

“I see no logic in meeting Abbas when he’s suing our soldiers in The Hague and accuses our commanders of war crimes. In m opinion, the Palestinian Authority is a failed entity,” he said.

He also noted the P.A.’s “pay-for-slay” program, in which the Palestinian leadership pays monthly stipends to terrorists who are killed or imprisoned for carrying out attacks against Israelis through its Palestinian Authority Martyrs’ Fund.

Bennett also stated his opposition to reopening the U.S. General Consulate in eastern Jerusalem, stating: “Jerusalem is the capital of the State of Israel and no other country.”