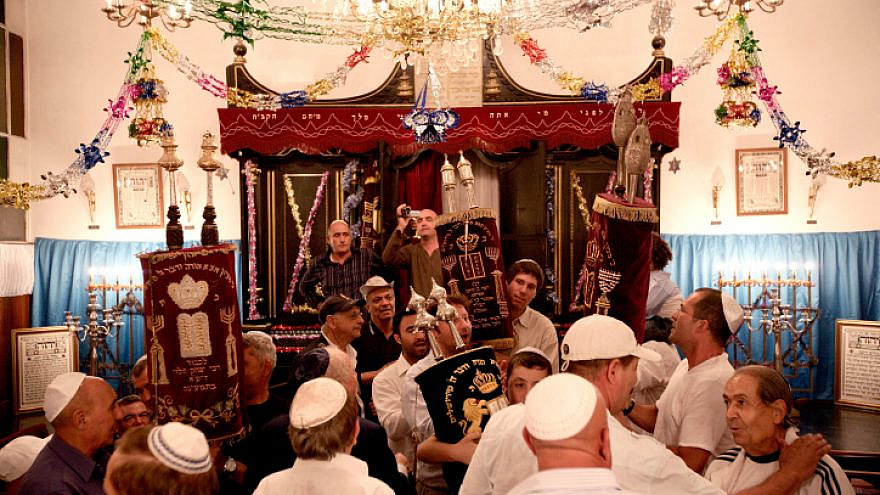 Experts in global Jewish history believe that highlighting minority voices within the Jewish community has the power to honor its nuances and interconnectedness. JNS’s new series highlighting Jewish ethnic minorities aims to elevate their voices, and in turn, celebrate the beautiful mosaic that is the Jewish people.

In December, the Kingdom of Morocco agreed to establish formal diplomatic relations with Israel, following the success of the Abraham Accords between three Arab countries (the United Arab Emirates, Bahrain and Sudan) and the Jewish state.

The normalization of ties has already resulted in the reopening of Israeli and Moroccan liaison offices with the intention of opening reciprocal embassies in Rabat and Tel Aviv. The country has become the first to start teaching Jewish history and culture in its schools. Official contacts, economic cooperation, and direct and overnight flights between the two countries are also in the works.

The roots of the ancient Moroccan Jewish community date back more than 2,500 years, with many Jews settling in the city of Fez, bringing their economic capabilities that contributed to the “golden age” of Morocco from the ninth to 11th century, when Jews were numerous and powerful in the region.

Following the establishment of modern-day Israel in 1948, many Jews of the 238,000-strong population of French Morocco (in addition to the 15,000 in Spanish Morocco and 12,000 in the international zone of Tangier) were forced to leave. In January 1961, following the death of King Mohammad V, Morocco tightened its restrictions on Jewish immigration, causing nervousness among its Jewish community. Many left for Israel and French-speaking areas in Europe and Canada, and for those who had family there, the United States. 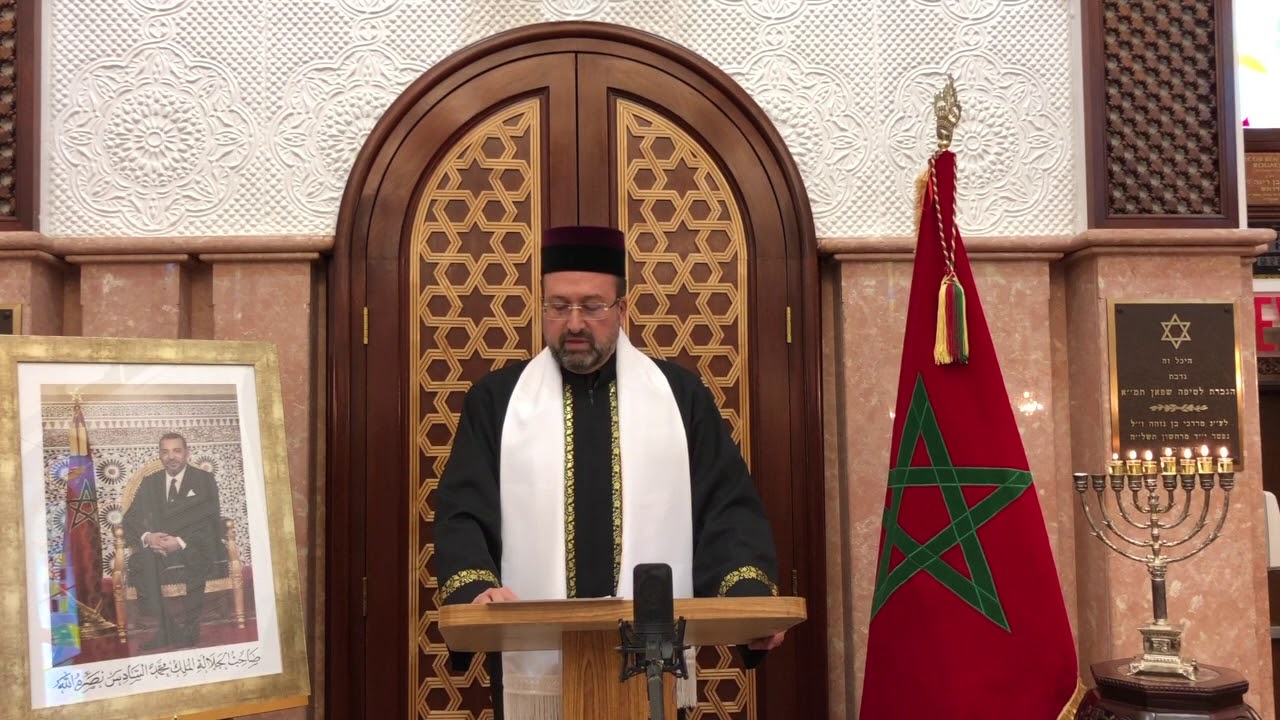 Following the mass exodus, Jewish institutions in Morocco, including schools, yeshivahs and synagogues closed, and anti-Jewish propaganda increased. Today, the Jewish population there stands at just 2,100 people, while there are 1 million Moroccan Jews living in Israel. Le Monde estimates that 40,000 Moroccan Jews reside in France and 27,000 in Canada, with approximately 25,000 in the United States, according to the American Sephardi Federation, and other dispersed populations in South America and Europe.

According to a Central Bureau of Statistics report in December 2011, Moroccans constitute the second-largest Israeli Jewish community after Russian Jews.

Among Moroccans who left their birthplace suddenly, their story is that of regained confidence and pride in retaining their culture.

Jewish Moroccans in the United States

“Thirty-five years ago, I witnessed a big assimilation of Moroccan Jews to the tri-state area, and I opened the first-ever synagogue for Moroccan Jews in the area,” recounted Bouskila. “That gave them an identity and helped bring back their confidence, and now they are proud to transmit their heritage and tradition to their children.”

In the North American community, explained Bouskila, he teaches classes for children and adults, as well as traditional piyyutim (Jewish liturgical poems) and traditions to retain Moroccan culture. “A majority of the Moroccan Jews follow the traditions,” he added, noting that Moroccans hold family and food to be central to their heritage. 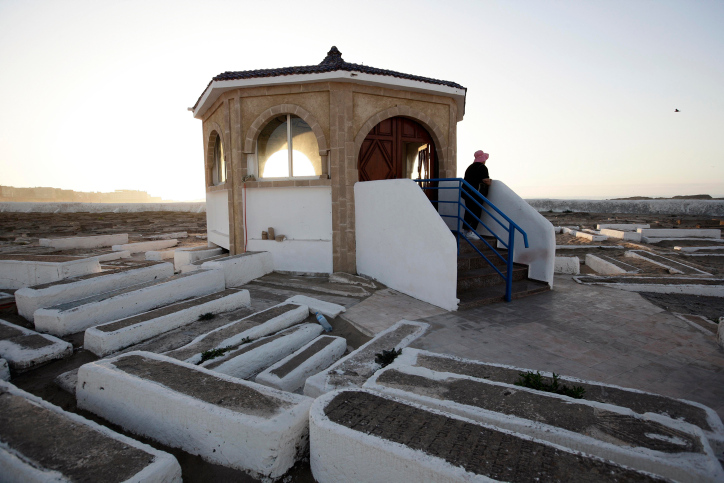 Israelis visit and pray at the tomb of “Rabbi Haim Pinto” in the old Jewish graveyard in Essaouira city in Morocco on Oct 7, 2009. Photo by Abir Sultan/Flash90.

Moroccan Jews enjoy success in “every field and profession, and especially real estate and in Hollywood” with no particular challenges as a result of their heritage, according to Bouskila, and are considered in “good standing, well-respected and accepted” among other Jewish and non-Jewish communities in the area. They are especially successful in promoting interfaith dialogue, Holocaust education and promoting the IHRA definition of anti-Semitism among African and Arabic nations, he added.

Many Moroccan Jews in North America, even second and third generation, still speak some French, though Bouskila noted that “some are too American for it,” and only a few still speak Arabic.

Dan Illouz, 34, was born and raised in Montreal and now lives in Jerusalem, where he is a member of the Jerusalem City Council. “In Montreal, I was part of the Moroccan community that came to Montreal starting in the 1960s,” he told JNS. “At the time, there was a cocktail of reasons for Jews to leave Morocco, including fears because of the change in political leadership in Morocco, economic reasons and a general feeling that the establishment of Israel might bring the frictions between Jews and Arabs to Morocco.”

Today, explained Illouz, the strength of the Moroccan Jewish community in Montreal can best be explained by the language barrier that “encouraged the Moroccan community to establish its own institutions from the get-go,” as well as Canada’s encouragement of multiculturalism. 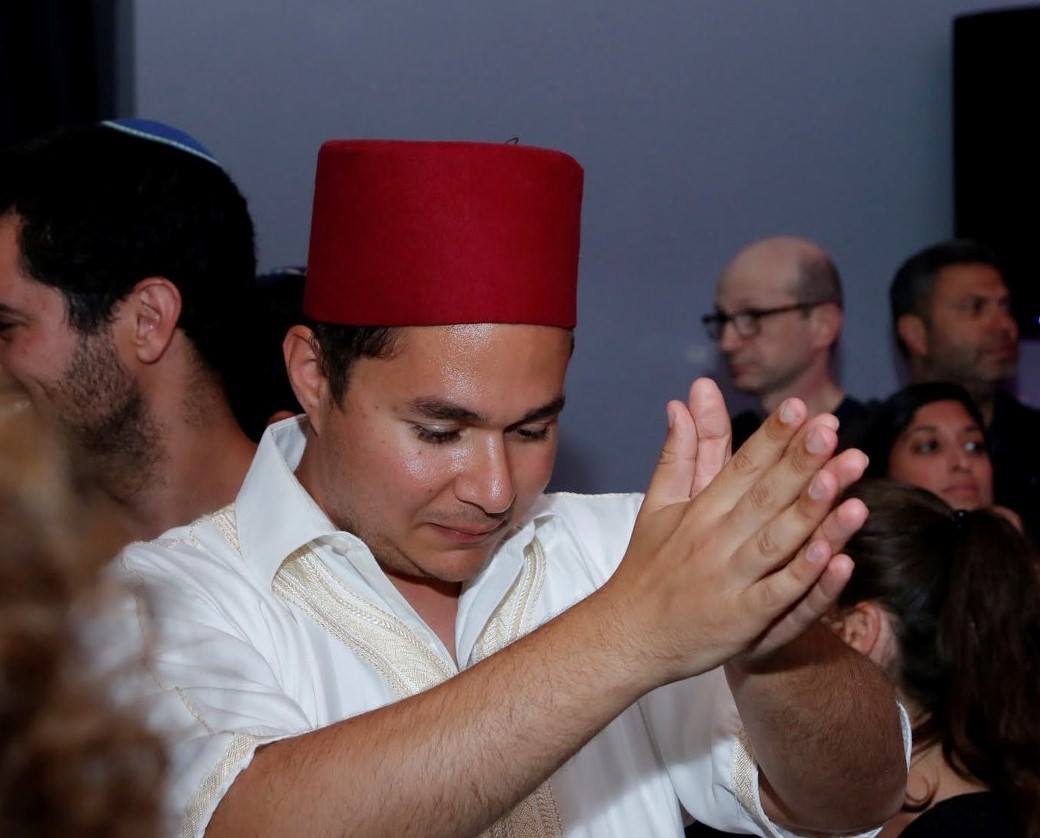 With more than 20,000 Jews in Montreal, he related, “Montreal is a bilingual city, and while Ashkenazi Jews were mostly Anglos, Moroccan Jews were Francophones. When they arrived in Montreal, they established French-speaking synagogues, schools and community centers. The relationship between the communities was positive, but the language barrier created these different institutions. The result is that the Montreal community kept authentic Moroccan traditions in a way that is hard to find in any other country, including Israel.”

Illouz spoke of being raised with a “high level of Moroccan pride, understanding the richness of our culture.” He learned about Fez, the city where his father was born, where Maimonides lived and where there is, according to The Guinness Book of Records, the oldest university in the world. “I knew about Safi, the city where my mom was born, that is considered a world-leader in ceramic arts. At school, we learned piyyutim, and we would hear Andalusian music at home.”

“I think the source of strength for Moroccan culture was that it was always a window for Western Europe into both Africa and the Arabic world, and this created a situation where local culture was enriched by diverse sources of inspiration,” he said.

Because Canada is a multicultural society, he continued, “this allowed us to keep our culture while feeling Canadian. I remember the TV being on during Mimouna”—a traditional North African Jewish celebration to mark the end of Passover and the return to eating leavened bread and flour products; this year it starts on the evening of April 4 and lasts through the evening of April 5—“showing the hockey game of the Montreal Canadians, and that memory pretty much says it all.”

While noting that “Canada is a great country, and I did not flee it,” Illouz said he decided to move to Israel as a result of his Zionist beliefs. “I wanted to end my family’s 2,000-year exile and come back home, to a land I love deeply, and to take part in the greatest Jewish project of history. I did not run from anything but rather ran to something, and I have since not regretted it for even a second.”

“While Canada is a great country, there is no country like Israel for Jews,” he said.

Once Illouz made aliyah, he learned that during the early years of the State of Israel, like other Mizrachi Jews, Moroccans were discriminated against in a society that was run by Ashkenazi Jews from Eastern and Western Europe, and experienced “deeper challenges that had to do with disdain for Moroccan culture, probably because it was associated with our Arab enemies,” said Illouz.

Many of the Jews who emigrated from Morocco were placed into immigrant absorptions centers, development towns and ma’abarot in the Negev Desert and along Israel’s borders—areas that Illouz noted have “now grown into cities with a vibrant culture.”

Moroccan culture continues to be a part of the great mosaic Israel offers, he added.

In the context of expanded diplomatic relations between Morocco, Illouz claimed in a speech to the city council that “this is not only a diplomatic agreement but also a cultural revolution.”

“After all these years in which Moroccan culture was shunned by mainstream Israel, it can now receive proper appreciation because it is not the culture of an enemy but of a friend,” he said. “Israelis will get to know Morocco in a different way and will get to appreciate things that were not appreciated enough. The day the agreement was announced was a day of great happiness for the whole community, and I think this is the deeper reason for that happiness.”

Where Moroccan heritage used to be associated with a “lower culture” and non-Moroccan Israelis encouraged Moroccan Jews to assimilate into the new identity of the “New Jew,” because of their strong culture that “includes culinary and artistic aspects, but also a sense of solidarity that exists between people who are part of the same community,” emphasized Illouz, adding that was a reason Moroccan Jewish culture was largely retained.

“While the language has not been preserved, almost every other aspect has been,” he said. “I actually think that Moroccan culture has become a large part of Israeli culture, and I think we will see this even more clearly when Ashkenazi Jews go to Morocco and realize how similar the cultures are.”

Illouz shared his vision for an Israeli culture where each demographic that made aliyah from the Diaspora “can retain its roots and make them a part of a mosaic that we can all enjoy.”

“This enriches Israeli culture,” he said. “I love learning about Persian, European and Ethiopian culture from my fellow Israelis and am sure I can offer some of my Moroccan heritage. In the long term, this will create a much richer Israeli culture than an artificially created melting pot.”