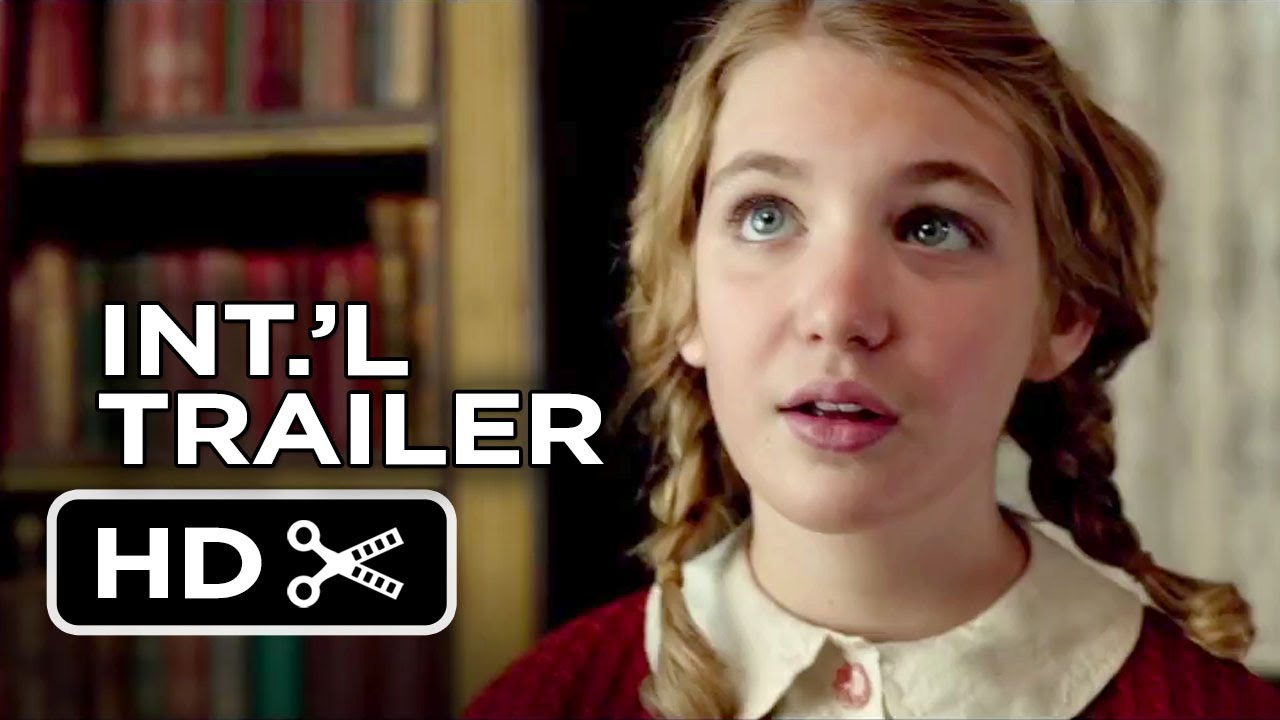 The Book Thief is a historical fictional novel published in 2005 by Australian author Markus Zusak. It is his most popular work having been translated into 63 languages selling over 16 million copies worldwide. The film of the same title was produced in 2013 and is now streaming on paid Amazon Prime.

The movie opens with a narration by Death retelling a multi-variant story about the collector of souls, a young girl’s coming of age during the horrific times of Nazi Germany and how humanity can survive under even these extreme conditions.

To the viewer, Death insists “that death most definitely can be cheerful, even affable, but also relates that death most certainly cannot be nice.” Sometimes Death is “even compelled to take action in sympathy with the human story.” The film The Book Thief is told from Death’s point of view.

The movie plot opens with young Liesel Meminger (Sophie Nélisse), being exposed to the horrors of the Nazi Germany during World War ll. After witnessing the death of her younger brother on a train and her mother fleeing the Nazis because she is a communist, Liesel left all alone becomes a ward of the German state. As a result, she is placed with her new foster parents, Hans and Rosa Hubermann (Jeffery Rush and Emily Watson) living in a local community near Munich.

Liesel is obviously distraught and withdrawn about losing both her mother and brother. She is obviously scared about her new surroundings and her new adoptive family. However, Hans takes an immediate liking to Liesel and they both quickly form a strong bond. Hans repeatedly calls her “Your Majesty.” Hans is a smiling, sweet, likeable and outwardly loving handyman and accordion player. Rosa, his wife, on the other hand is more standoffish and looks constantly for excuses to fuss and yell.

Despite Liesel’s ferocious curiosity and tendency to pick up lost books, Liesel can’t read or write, and that makes her a punch line at school. “Dummkopf” she is called by one bully named Steiner. However, this bully learns quickly, though, that although Liesel can’t read or spell, she certainly can fight, and that’s just the first hint of her tenacious personality.

After Hans patiently begins to teach Liesel how to read first upstairs in her bedroom and later they take over the basement which has been turned into a spelling library of sorts. As Liesel’s literary world begins to expand, both through stories she is told and from books she sneakily “borrows”; it is through this growing base of knowledge that she becomes informed just how oppressive and evil the Nazi regime is becoming. However, in wartime Liesel continues to find reasons to be optimistic about life thanks to her growing friendship with another youngster of the same age, Rudy (Nico Liersch). Liesel and Rudy become inseparable best friends and confidants. Liesel and Rudy collective begin to privately oppose the Nazi Reich. In fact, in one scene, Ruby purposely black faces himself to represent the Olympic sprinter Jesse Owens during a local track meet.

As the political situation for Jews in Germany deteriorates from 1938-1943, Hans and Rosa willingly conceal a young Jewish man named Max Vandenburg (Ben Stentzer). Max is the son of a close friend of Hans, who Hans owes his life to dating back to WWl. Personally, assuming catastrophic risks associated with the hiding or collaborating with Jews, Hans and Rosa offer Max not only a secure hiding place in their basement but also food and assistance in recovering from a debilitating disease.

Over the course of his long-secluded stay, Max and Liesel develop a close relationship. Max continues to teach Liesel about the world of reading introducing her to the classics, but just as importantly, provides her with the reasoning to write. He explains “how words written are forever and thoughts when transcribed will last for generations.” Max paints all of the inside pages of an existing Nazi book white to enable Liesel to write her very own diary.

Recognizing the power of written word, Liesel not only begins to “borrow” more and more books, but she also now understands what transformative power words provide when you can pen your own personal story. Max’s and Liesel’s mutual love of books and writing bring Liesel and Max even closer together.

One day while collecting and delivering clean laundry for Rosa at the Burgermeisters home, Liesel meets the mayor’s wife Ilsa Hermann (Barbara Aura), and the two begin a secretive relationship. First Mrs. Hermann allows Liesel to read books in her library, and later, enables her to “borrow” them.

As the Nazis continue their systematic round up of Jewish men, women and children, Jews are now seen forcibly ordered to march towards the Dachau Concentration Camp. Hans, seeing the weak and sickly condition of one particular man reaches out to him and provides a piece of bread, drawing the ire of others and certainly the Gestapo.

Sensing the current climate is turning against Jews and worrying about the risk, Max decides it is time to leave the Hubermanns’ home. He flees into a world that is unknown to him.

As punishment for his act of kindness toward a Jew, Hans’s long-withheld application to join the National Socialist German Workers’ Party is approved and he is conscripted into the army. His assignment is to clean up the aftermath of bombings on the German home front.

As the film progresses, Jews on a daily basis continue to be forced to march from Germany to the concentration camps. On one day, Liesel identifies Max among a group of marching Jewish prisoners, and she joins him, ignoring a SS soldier’s order to step away.

The Book Thief, rated PG-13, contains violence and depictions of death. The Book Thief is one of the better films I have recently watched and reviewed. The book was widely circulated and internationally popular when it came out in 2003 having been a best seller.

The Book Thief provides a triangulated view of the war, including alternative perspectives from the German side of the war, Germans who progressively and or passively resist the Nazi war effort, and a generational view of families in Germany along with the Jewish Holocaust perspective. Give this film a viewing and you won’t be disappointed.

Jeffery Giesener, former CEO of SourceMob, has both public and private company experience. Today, retired and enjoying life in San Diego, he’s a freelance writer who has a passion for both cinema and baking his Mom’s (OBM) European recipes.

Book Review: ‘The Taming of the Jew’