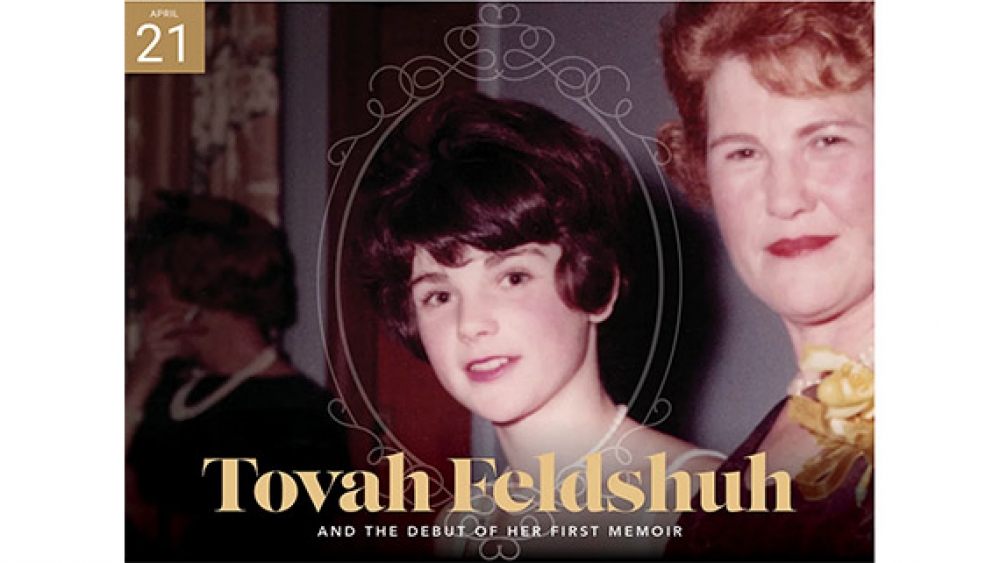 It’s hard to believe that Lilyville is a first book given its accessibility and universal appeal. This memoir of four-time Tony, two-time Emmy nominee, Tovah Feldshuh delights and delivers! Broadway performer, and television star, Feldshuh has produced an honest, loving tribute to her tour de force mother, Lily Feldshuh.

There is so much to love about this book. The clever organization using theater as backdrop, employs Acts and Intermission in place of chapters. There are sidebars that read like stage directions, and all dialogue feels genuine and authentic. But most of all there is the author’s sensibilities, wit and love for her subject, all wrapped up in her proud Jewish neshama.

In a phone interview, I was invited into Tovah’s childhood home, and with her as my guide, traveled the complex, and often bumpy road of the mother-daughter relationship. Lily’s motto was “you can’t have it all,” and Tovah was the daughter “who lives like you can.”

Terri Sue Feldshuh was born to Lily Kaplan Feldshuh and Sidney Feldshuh on December 27, 1952. Even then an aspiring star, the author points out that “…lest you think I made my entrance in the Bronx, have no fear.  Innately, and apparently in utero, I timed my debut so that it could happen on Manhattan’s Upper East Side.” Much tonier ‘hood!

Her parents came from different socio-economic backgrounds and while Sidney was dapper, “Rudolph Valentino gorgeous” and came from a well-to-do home, Lily’s family had less wealth.  The two met at NYU where Lily funded her own education through off-campus jobs as well as at the Bowery Savings Bank at 72nd Street and Broadway. The pair were smitten at once, and courted for five years. They eloped in 1933, but kept it on the DL until they had a wedding at the St. Moritz in 1935. Shortly before he passed, Tovah asked her dad if his family had known about the elopement. He held a finger to his lips, indicating the long-kept secret.

The warmth and unconditional love that Tovah and older brother David received from their father Sidney was in direct contrast to the reserve and judgment evidenced by Lily. With each major acting coup, Tovah desperately sought to win Lily’s approval and love, but it was not forthcoming.  When Tovah told Lily she wanted to become an actress, her mother’s reply? “Why don’t you just go into the kitchen,get my challah knife, stick it in my heart and twist it.” Tovah admired her accomplished mom, yet, the two strongly opinionated women did not find a common language until the birth of Tovah’s own children and the death of her beloved father.

Lily lived through such change in the world. She was born on a dining room table in the Bronx in 1911. Before she was 30, she experienced World War I, the Spanish flu, women’s suffrage, the Roaring 20s, the Stock Market crash and the beginning of  World War II.  Tovah referred to Lily as a “walking mitzvah machine.” Though she wasn’t verbal and rarely if ever told her children she loved them, her actions told them otherwise.  When the younger Tovah, whose birth name is Terri Sue asked her mother if she loved her, Lily answered by asking her daughter, “Who takes you to singing, dancing, piano lessons and Hebrew School? Who buys you clothes at Saks 5th Avenue and only undergarments at Alexanders? Who cooks your French toast and  silver dollar pancakes?” This sort of Tevye response was not the mellifluous “I love you” she yearned for.

At age 40, Lily asked Tovah, “How much longer are you going to blame me?” Tovah seized the olive branch and replied, “Not another moment .” The women began to forge a path to bonding that would last the rest of Lily’s life until she passed at a robust 103 years young.

Tovah learned so much from this sojourn and her book is interspersed with so many kernels of truth and maxims for living a fully expressed life. Town and Country said of Lilyvillle “A revealing look at family expectations and forgiveness, and what it means to perform for audiences of thousands when the voice of one person is all that truly matters.” Since each of us comes from a family, we can all relate to the joys and disappointments of the institution.  The author exhorts “Do not wait to solve your hiccups with fellow human beings.” With the support of her editors and friends, Jeff Harnar and Oliver Shoulson, Lilyville maintains Tovah’s authenticity and unique warmth. It truly is the perfect gift for Mother’s Day or for a mother on any day! This heartfelt memoir captures the essence of love and intergenerational challenges, and as Tovah promised….it has a happy ending.

More Than a Raceway: Novel Presents a Jewish Side of Watkins Glen